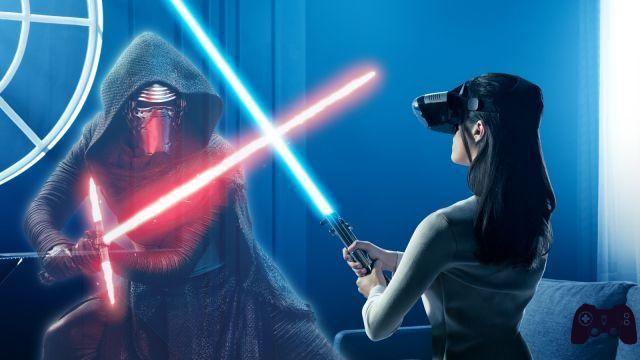 Lenovo announces, through a press release, that it has been presented on the market Star Wars: Jedi Challenges with Lenovo Mirage.

The most anticipated AR game related to the “Star Wars” saga has been presented on the market.

Already with the new characters, planets and content of Star Wars ™: The Last Jedi ™

MILAN - 23 February 2018 - In a media meeting held at The Walt Disney Company's Milan headquarters, Lenovo (HKSE: 992) (ADR: LNVGY) presented the Star Wars ™: Jedi Challenges application with the Lenovo Mirage augmented reality headset to the market with Disney . The bundle, which is composed of the Mirage headset powered by a smartphone, a tracking beacon, a lightsaber controller - now available - of the latest release of the Star Wars: Jedi Challenge augmented reality application, which allows players to have a whole new experience of the universe conceived by George Lucas. Star Wars: Jedi Challenges offers several hours of playful content, is compatible with various Android and iOS1 smartphones and has been available for a few days.

Players can empathize with the Jedi character and hone their talents through different augmented reality experiences, each offering multiple levels of immersive play. To guide the player, Star Wars: Jedi Challenges features the Archivist, an entirely new Star Wars character who gives instructions on the use of the Force and knowledge of the Jedi. Game content also includes a new planet and characters that appear in Star Wars ™: The Last Jedi ™. Confronting the great antagonists of the dark side, the player will learn to perfect their skills in the use of the lightsaber, to command troops in missions to defeat the Empire and to play exciting games of Holochess, holographic chess, all in augmented reality.

You start by downloading the Star Wars: Jedi Challenges App on your compatible smartphone1 and inserting the smartphone itself into the sled of the Lenovo Mirage AR viewer. Lightweight and portable, the Lenovo Mirage AR headset offers full immersion in the gaming environment with an optimal level of comfort. The viewer is coupled to a tracking beacon, to be placed on the ground, which acts as a base to allow the sensors in the viewer to track the player's movements.

Equipped with two fisheye sensors for inside-out positional tracking, the viewer allows the player to move freely and naturally as they fight or lead their armies on the battlefield.

The headset pairs with a lightsaber controller, carefully modeled on the weapon used by Anakin Skywalker, Luke Skywalker, and Rey. Designed as an essential element of the gaming experience, the lightsaber acts as a controller and pointer, allowing players to navigate the user interface through actions and commands activated by two easy-to-use buttons.

Thanks to visible light tracking technology, the viewer's sensors work together to locate the position of the lightsaber controller, thus allowing players to see the light beam emanating from the sword's hilt and use it to interact with the world beyond. inside the game. Haptic feedback is activated when the player hits or parries an opponent's shot, while an inertial measurement element sends the rotation information collected by the controller to the smartphone in order to keep the beam stable when the player hits a swing. 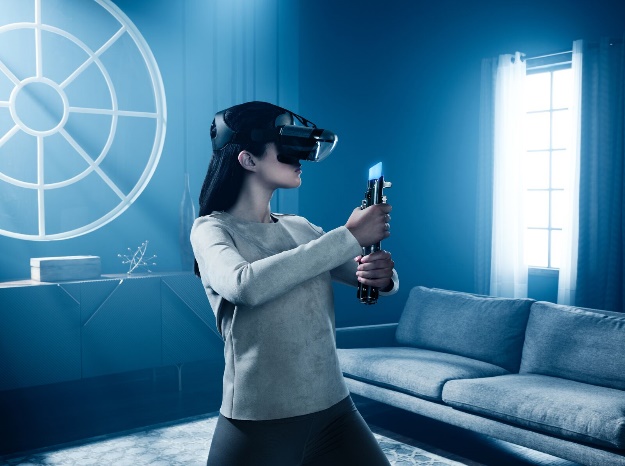 Lenovo Mirage with Star Wars: Jedi Challenges is available immediately at the recommended price (including VAT) of € 199,00. The product can be purchased at Lenovo's e-shop and select select online and offline stores.

Do you want to be a video game expert and know all the tricks, guides and reviews for your video games ? Holygamerz.com is a group of video game fanatics who want to inform you about the best tricks, guides and tips. We offer you the best information to be a reference in gaming, so here you can find guides, tricks, secrets and tips so you can enjoy your games to the fullest. Are you ready to get all the achievements of that game that you resist so much? Enter now and enjoy your favorite video game to the fullest!
Game & Wario Review ❯

News The Witch and the Hundred Knight 2: new gameplay in English