News [RUMOR] Batman: a new title in the Arkham saga in the works? 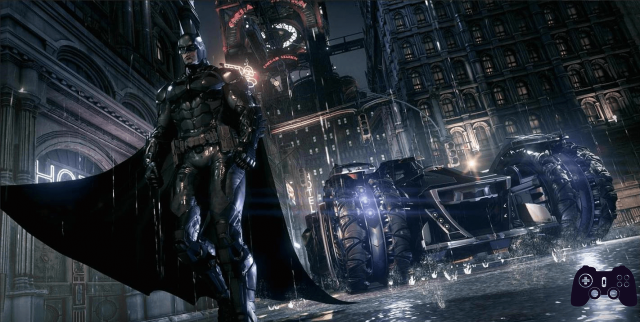 In the past hours a former employee of Warner Bros. Montreal leaked some details on a hypothetical on Reddit new chapter in the Arkham saga of Batman the announcement of which seems to be scheduled for 8 March. According to what was declared, the title entered development after the cancellation of the title dedicated to Suicide Squad, we report below what was declared.

We remind you that the following, in case the rumors are confirmed, could constitute SPOILERS.

We remind you that the points listed in this article are to be considered in all respects as rumors until confirmed or denied by Warner Bros. Montreal. If what the source said is confirmed, the new chapter of the Batman: Arkham series will be officially announced on March 8. Keep following us for any updates on the matter.


Source
Do you want to be a video game expert and know all the tricks, guides and reviews for your video games ? Holygamerz.com is a group of video game fanatics who want to inform you about the best tricks, guides and tips. We offer you the best information to be a reference in gaming, so here you can find guides, tricks, secrets and tips so you can enjoy your games to the fullest. Are you ready to get all the achievements of that game that you resist so much? Enter now and enjoy your favorite video game to the fullest!
Dark Souls III Review - Ashes Of Ariandel ❯

News Telltale in liquidation, some games removed from Steam

News + No, Pokémon Legends IS NOT Zelda BotW

Add a comment from News [RUMOR] Batman: a new title in the Arkham saga in the works?