News Puyo Puyo Champions is available on PC and consoles 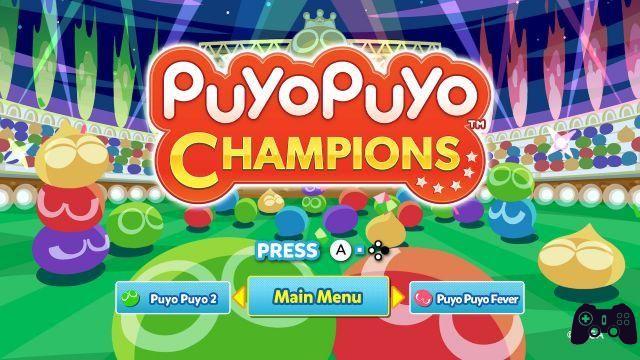 Sega announces through a press release that Puyo Puyo Champions is available on PC, PlayStation 4, Xbox One and Nintendo Switch.

Below is the full text of the announcement.

- Smash the competition without wiping out your wallet! -

Puyo Puyo Champions (known in Asia as Puyo Puyo eSports) is available for PlayStation®4, Xbox One ™, Nintendo Switch ™ and for PC via Steam®! The time has come to challenge your friends and the best Puyo Puyo players from around the world in a battle to the last blob. Sold at a price of € 9,99, the entrance ticket to participate in fun challenges full of action and dizzying rhythms typical of the series has never been so accessible. Become part of a growing community by choosing Puyo Puyo Champions today!


Do you want to be a video game expert and know all the tricks, guides and reviews for your video games ? Holygamerz.com is a group of video game fanatics who want to inform you about the best tricks, guides and tips. We offer you the best information to be a reference in gaming, so here you can find guides, tricks, secrets and tips so you can enjoy your games to the fullest. Are you ready to get all the achievements of that game that you resist so much? Enter now and enjoy your favorite video game to the fullest!
Guide Complete guide to Sword and Shield - Monster Hunter Rise ❯

News Activision: patented a system that combines matchmaking and microtransactions

News The Legend of Zelda: Breath of the Wild - Here are all the Amiibo unlockables