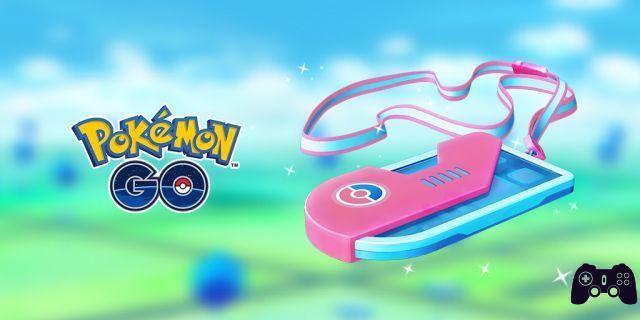 You have heard of it: Pokémon GO has introduced its own loot box. It actually has been for a while, and I'm thinking of the now-fixed offer packs in the game store. Why should we be surprised, then, if he continues to exploit its mechanics? Perhaps because with this paid ticket Niantic has reimagined the function, getting very close to the concept of a loot box. But the matter is a little less simple than it seems.

But what are these magic boxes?

We know loot boxes as boxes, in fact, which offer exclusive tools for make life easier in particular games. Of course it happens that the producers exaggerate (but also the users do not joke) and that the situation gets out of hand: just think back to the controversies caused by EA with the loot box system inside the game. Niantic's idea however it is different: the Colossal ticket represents a whole new type of loot box (which is not even a box).

To learn more:
Game as a Service: are they really absolute evil?

It is true that the packs have always been a huge help, but it has never been anything that could significantly impact the success of the game.

Also the Colossal ticket it is no different than this. What the player can achieve is nothing more than the enrichment of a game experience to come - except for some aesthetic elements or tools that can also be obtained for free. All written with a lot of transparency in the official blog of the game. Unlike the classic and somewhat frustrating loot boxes, we are therefore talking about a kind of DLC, to add a touch of class to a gaming experience that will soon be available to everyone.

Is it okay to charge for a "free" gaming experience?

The wallet, of course, suffers, but there is no guarantee that there is something wrong (and the developers will want to earn their bread). Treat it, as mentioned above, like a DLC: a paid extra, which is to buy or not player discretion. There are manufacturers willing to charge major game improvements for the player to perform better in the game; others, on the other hand, prefer to collect some "goodies”And give them as a reward to those who are willing to pay them.

It is not possible to say absolutely whether it is worth buying or not. You have to decide.

Do you want to be a video game expert and know all the tricks, guides and reviews for your video games ? Holygamerz.com is a group of video game fanatics who want to inform you about the best tricks, guides and tips. We offer you the best information to be a reference in gaming, so here you can find guides, tricks, secrets and tips so you can enjoy your games to the fullest. Are you ready to get all the achievements of that game that you resist so much? Enter now and enjoy your favorite video game to the fullest!
Forza Motorsport 6 review ❯

News DARQ: Complete Edition, back to the nightmare