News + Paper Mario for Switch: The return of paper 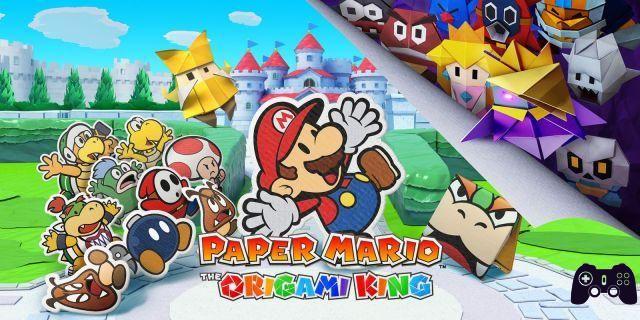 The big N has recently released a video detailing the coveted return of the series Paper Mario, and it seems that fans of the first chapters on Switch will have their teeth. No more stickers and paint, it's back to paper. The series has long since departed from what made it great. Born as a spiritual sequel to Super Mario RPG, the first Paper Mario combined jrpg mechanics with an interesting story and unique graphic style. Then came Paper Mario: The Millennial Portal, which took over and improved every single aspect of its predecessor. Where the former's paper Mario was just a justification for the game's aesthetics, his entourage integrated the card into the mechanics, so Mario transformed into airplanes and boats and could roll up or stand sideways to overcome obstacles.

As time went by, however, Nintendo failed to continue on the path set by Mario RPG and instead focused more on the gimmicks that the paper aesthetic allowed. Super Paper Mario it was played more like a classic Super Mario than a Paper Mario. Then came Sticker Star and Color Splash, where turn-based combat returned, but it paled in comparison to the heights reached by the first chapters. Where once there was a focus on tactics, as in real jrpg, now the combat was diluted and simplified. The combat system in the last two chapters suffered a little from the fact that the game ti filled with coins at any occasion. With that currency in exchange you could buy tons of stickers, that is, the objects of support in battle. And this detracted from the quality of the battles, bringing the level of challenge to a negligible difficulty.

The fights of the past 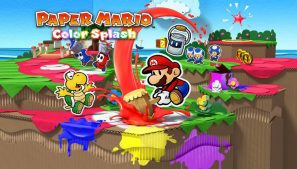 Once upon a time there was the Paper Mario combat system: the fights were interesting, the inventory was limited and the battles took place on a stage. In the new Paper Mario there will be the return of the stage, albeit a bit transformed. There will still be an audience, but it will be a Colosseum audience rather than a Broadway one. Yes, because the new stage will be an arena. A circular arena nothing less. First of all it seems that thanks to the aforementioned focus on exploration, the series will be able to free itself from the problems that have plagued the combat system of the last chapters. In fact, from what can be seen from the video, it seems that the objects can only be found by exploring, and will therefore be in limited quantities.

Then there are the new turn-based fights. These will take place on a battlefield where enemy boxes will be placed concentrically around Mario. Nintendo renews so the combat system with a new positional element. Mario will in fact have to arrange the enemies in a way that is favorable to him before attacking, also taking into account a time factor. However, it appears that the circular arena may show some weaknesses in the boss battles. In this case Mario will find himself in the concentric squares and will have to find a path to get to the center, where the boss is located. It is not very clear from the video how the boss battles will play out in detail, but it seems that it will become more of a puzzle than a battle where the approaches and skills learned on the road are used. Hopefully the final release will prove me wrong. 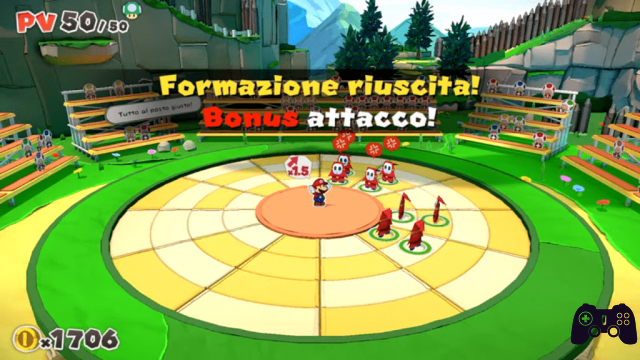 To learn more:
The Legend of Zelda Breath of the Wild Sequel: The Return of Evil

It is hopeful to see that Paper Mario's return is set to the go on an adventure in a world full of interesting characters, in true rpg style. We will see our paper friend set sail for distant places in search of a way to enter Peach's castle, with a plot that seems to resemble that of Breath of the Wild. Mario will find himself exploring different areas, each with their own character and personality and, hopefully, subplots and characters. These areas, from what we have seen, seem to remember the worlds of Mario Odyssey more than the levels. With the addition of these small sandboxes Paper Mario hopes to make the leap in quality, and return to the glories of the first Paper Mario and The Millennial Portal. We will have secrets to discover, paths to open and lots of toads to find. Gone are the times of Super Paper Mario and Color Splash level selection, now Paper Mario is part of a heterogeneous but coherent world, in the fashion of the best openworld.

From the old, the new

In short, it seems that Nintendo has finally listened to the fans and is trying to bring back to our living rooms a game with a comforting aftertaste of nostalgia, but in a completely new sauce. Paper Mario on Switch back to rpg and turn-based combat, but refresh the formula with new mechanics designed for a current experience. Return to an epic adventure, but under the guidance of masterpieces such as Odyssey and Breath of the Wild. It seems that with Paper Mario: The Origami King the big N has kept one eye on the past and one on the future. Fans of the series can only praise the direction Nintendo has taken, now we just have to remove our doubts by playing it.

Do you want to be a video game expert and know all the tricks, guides and reviews for your video games ? Holygamerz.com is a group of video game fanatics who want to inform you about the best tricks, guides and tips. We offer you the best information to be a reference in gaming, so here you can find guides, tricks, secrets and tips so you can enjoy your games to the fullest. Are you ready to get all the achievements of that game that you resist so much? Enter now and enjoy your favorite video game to the fullest!
News Neptunia & Friends arrives on iOS on August 29th ❯

News + Video games for the disabled and Ubisoft: an audio game for Assassin's Creed.

News Playtonic is interested in producing a kart game

Add a comment from News + Paper Mario for Switch: The return of paper