News + Is NX-AbcD the infamous Switch Pro or a home-only version of the Switch? 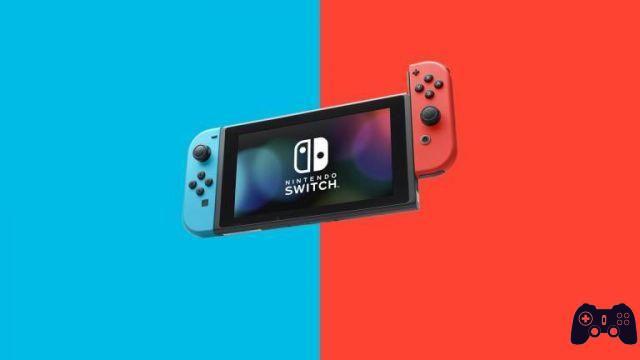 There's a lot of talk about second-screen support for the Switch, but what if it's the prelude to a docked-only version of the console?

The Nintendo Switch firmware update 10.0.0 introduced, among other things, preliminary support for a named hardware NX-AbcD. This, at least, is what was stated by Mike “Hexkyz” Heskin, reverse engineer who in these days of forced seclusion enjoyed exploring the update released by Nintendo at a low level. Among the various information that emerged from his analysis, the most interesting is undoubtedly the reference to NX-AbcD. Everyone's thoughts immediately went to Switch Pro. A hypothetical enhanced version of Nintendo Switch which has been talked about with some insistence since before the announcement of Switch Lite. But there is one detail that would betray Nintendo, taking Heskin's analysis for granted. The update in question would introduce preliminary support to a second screen for Nintendo Switch.

What if NX-AbcD were a home-only Switch, to be used with a controller with a screen? 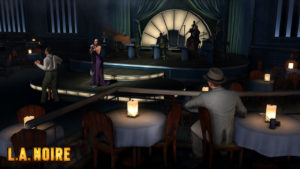 To learn more:
Switch: The living room in the palm of your hand

Let's think about it: Nintendo is currently on the market with essentially two Switch models. Switch and Switch Lite share the hardware platform and software library, but they intercept two different needs. And their User Experience is also different. Yes, the Switch is also usable in portable mode, but unlike its Lite counterpart it winks at who thinks multiplayer is important (local, of course) and does everything possible to put him at ease. Whether he is playing on the go, whether he wants to do it in the living room. In short, Switch is the perfect post-social console. Switch Lite has a more closed user experience, more single player. It is clear looking at the push-button panel, that in addition to not being removable on the left it flaunts that D-Pad which is missing on the hybrid version, with many problems.

The two models overlap, but not 100%. It's something very different from the Microsoft or Sony ecosystem, where base console models tend to compete with their Pro versions, with 4K support and extra horsepower under the hood. An eventual Switch Pro would take this approach, becoming an alternative to the base model. All this, placing (presumably) at a higher selling price and trying to add 4K support via upscale, barring machine hardware revolutions. It is a philosophy that is very different from that preached by Nintendo in the last three generations, and which overall would not benefit the Switch ecosystem. Those who have not yet purchased the console certainly have not done so due to the lack of 4K, especially considering that the machine still lacks several services that are instead on PS4 and especially on One.

A Switch without a screen would be squaring the circle 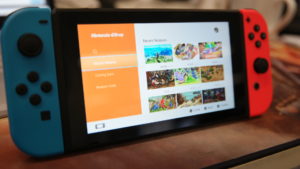 To learn more:
Why Nintendo Switch can't (yet!) Replace my iPad

On the contrary, the most logical solution is this. In a world where the two direct competitors aim to sell machines starting at € 399, take the screen off the Switch it would cut costs of the hybrid console. Which at this point would no longer be hybrid, but would become a perfect low cost entrance door for those who want to enter the Nintendo world without spending the € 249 of the Switch Lite or the € 329 of the traditional model. By intercepting a user that again does not overlap with the solutions already on the market, because the Switch Lite audience is fundamentally different. And that of the hybrid model of Switch is positioned between the two. With a competitive price, such a solution would be tremendously more effective than Switch Pro, especially considering that most games don't hinge on the machine's touchscreen.

And this is where support for the second screen anticipated by the firmware becomes key.


The move could be to sell NX-AbcD with the Joy-Con of the hybrid version or with the Pro Controller. But at the same time releasing another controller, in the style of Wii U GamePad, equipped with a screen and usable with this new model. It's an idea that didn't work during the last generation, but because it was Wii U itself that didn't work. The scenario is now very different, especially because an optional peripheral is being hypothesized, sold separately precisely to keep the price of the NX-AbcD model to a minimum.

This consideration should also not be underestimated: several people do not trust Nintendo Switch. Or rather, they have doubts that the console can always be left in docked mode. Just a simple search on the Internet to realize it, it is full of topics on the major video game forums. Nintendo itself has prepared a page dedicated to the topic. A company that has always been attentive to this kind of problem, and that has launched 2DS precisely by virtue of a similar reasoning, could seize the ball and monetize these perplexities.

Is the great return of the Grande N in the video game salons near?

Do you want to be a video game expert and know all the tricks, guides and reviews for your video games ? Holygamerz.com is a group of video game fanatics who want to inform you about the best tricks, guides and tips. We offer you the best information to be a reference in gaming, so here you can find guides, tricks, secrets and tips so you can enjoy your games to the fullest. Are you ready to get all the achievements of that game that you resist so much? Enter now and enjoy your favorite video game to the fullest!
Battle Chasers: Nightwar Review ❯

News Date a Live: Rio Reincarnation arrives in the West on PS4 and PC

News New announcement coming from the creators of the SteamWorld series

News Ori and the Will of the Wisp officially announced

Add a comment from News + Is NX-AbcD the infamous Switch Pro or a home-only version of the Switch?