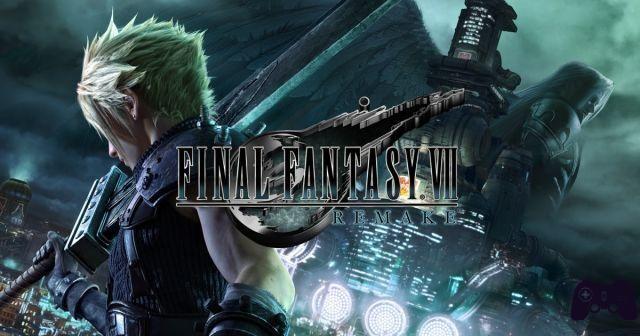 Square Enix announces through a press release that a new trailer and screenshots are available for Final Fantasy VII: Remake, in addition, the box art of the title has also been unveiled. Find all the details below.

Square Enix Ltd., unveiled the cover of the European version of FINAL FANTASY® VII REMAKE and several new character images and graphics, which offer an in-depth look at how players can explore the city of Midgar and face the domineering Shinra.

In the cover, which recalls the famous original illustration of FINAL FANTASY VII, the protagonist Cloud Strife observes, armed with his iconic Buster Sword, the headquarters of the insidious enemy he has decided to take down.

Also available is a new gameplay video in which Cloud, Tifa and Aerith take on the ferocious beast Apsodon. The exhilarating confrontation, which showcases the characters' unique fighting styles, can be seen here:

Do you want to be a video game expert and know all the tricks, guides and reviews for your video games ? Holygamerz.com is a group of video game fanatics who want to inform you about the best tricks, guides and tips. We offer you the best information to be a reference in gaming, so here you can find guides, tricks, secrets and tips so you can enjoy your games to the fullest. Are you ready to get all the achievements of that game that you resist so much? Enter now and enjoy your favorite video game to the fullest!
News New trailer for Beyond Good & Evil 2 ❯

News + Persona 5 Royal and homophobic dialogue - we are the problem