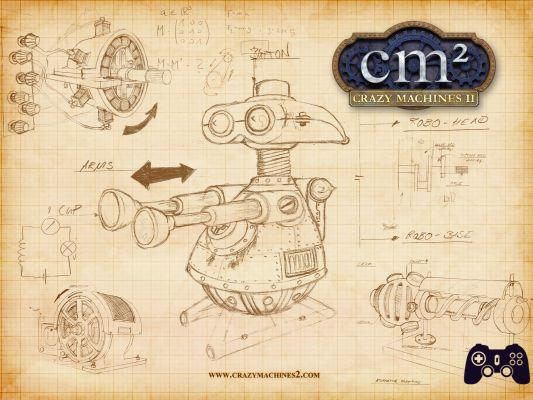 It seemed that this summer would never end: to open the very hot season was a crackling E3, which confirmed the versatility of videogame entertainment, whatever your choice for the long-awaited holidays. To give a breath of sea breeze to the mountaineers we thought the shellfish of Splatoon 2; while the swimmers, suffocated by the heat of August, were able to enjoy a supersonic walk in the airy Green Hills of Sonic Mania. The beautiful Uncharted: The Lost Legacy showed us the future of the industry, with its graphics always one step ahead, while Crash Bandicoot it catapulted us 21 years back, bringing back old memories and drowning us in a sweet and nostalgic Wumpa apple cider. But, even though it may seem strange, the return of the deranged marsupial was not the most shocking blast from the past of my summer: that primacy belongs to the puzzle game Crazy Machines 2.

Return to the absurd world of Rube Goldberg

Before we begin, I would like to introduce you to Mr. Reuben Garret Lucius “Rube” Goldberg, a cartoonist who did satirical strips in twentieth-century American newspapers. This man is known above all for his amazing devices, called precisely "Rube Goldberg machinery": these are absurdly intricate chain reactions, given the relatively simple ultimate goal. Famous examples are Family Guy's "breakfast machine" and Robots' incredible dominoes scene. 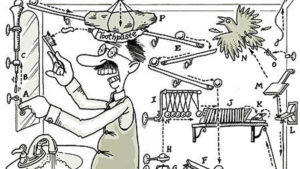 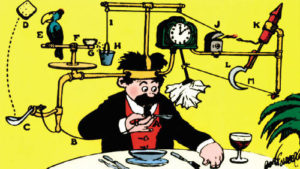 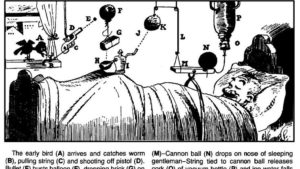 Well, the German team di FAKT Software he thought of taking Mr. Goldberg's genius and translating it into a video game, and the result is a tool with which I spent whole days of my childhood (with obvious side effects on my noggin). I designed the sequences, checked the distances, calibrated the machinery, all having to decipher the Germanisms of the cryptic Teutonic language, the only one available close to the release. This is why I fondly consider Crazy Machines 2 as "My videogame grandfather". For a long time I left this grandfather on the sidelines, as the last visit dates back to 8 years ago, but lately the feelings of guilt for the abandonment have become too strong. So I took the opportunity of demotion to visit him, satisfying the very definition of nostalgia: a homecoming. There was an expensive ticket to pay between me and the destination, that is 22 euros purchase on Steam. The few minutes to download the game gave me time to consider my situation: it would never be what it used to be. "How will it have aged?" I wondered, armed with a notebook to take notes. “What if he aged badly? Am I ready to see one of the main architects of my fantasy that inexorably sinks into the depths of the obsolete? " This is why I immediately started the game, anxious to clear these doubts.

I was welcomed by the main menu, funny as I remembered it, and finally in a language I understand (theEnglish). The musical tune immediately dropped me into the setting, which is the garage of an Einstein-like scientist in Germany in the thirties. On the light notes of this passage my worries began to melt, making infinite fragments of memory resurface, as if my soul had been the theater of a deep archaeological excavation.

… But what do you have to offer?

By selecting the Play item you can choose to undertake the Career mode or the Creative mode. The first presents the player with a series of challenges in the form of incomplete contraptions. It will be necessary to ensure that the chain reactions come to fruition through the reasoned use of the materials available (shelves, bowling balls, gears, electric cables, explosives…). All levels are carefully designed and offer valuable insights for Creative mode, the real heart of the game. Essentially it is a canvas on which to indulge with the elements unlocked in Career. And here comes the expert trick: typing "Gimmeall" you will have access to the entire catalog of the game (it's an infinity of items, including a generous handful added over the years). 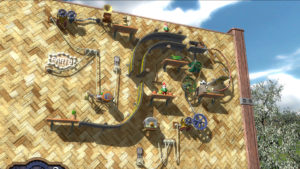 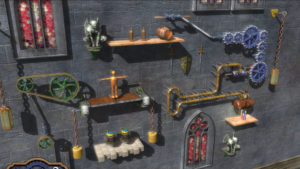 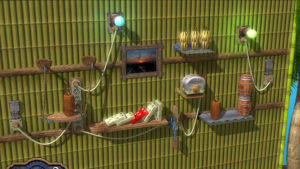 Precisely the multitude of resources makes the scrolling of the menus a bit slow, a flaw compensated by an intuitive system of options (to rotate objects, paint them, change their size and characteristics). 10 different types of ball, electricity, fluid dynamics, explosives of all shapes and sizes, ropes and chains, advantageous and disadvantageous levers, ballasts and counterweights, pistons, furnaces and boilers, cannons, five radio frequencies, laser beams, flexible shelves, birthday cakes, teleporters, voodoo dolls that control skeletons and cursed compasses that reverse gravity.

Fortunately Crazy Machines 2 is not afraid of an overabundance of possibilities; indeed, it makes it its strength.

This immense creative cloud is given a concreteness by theimpressive physics engine, capable of simulating bumps and collisions with the right realism. But even all the existing physical equations could not manifest on the screen without a graphic component, and in this field Crazy Machines must be understood: the ten years on the rump are felt through thetotal absence of anti-aliasing e textures are not always excellent. On these aspects one can turn a blind eye, also because the effects department has instead remained pleasing to the eye: the lighting and the distortion caused by the hot air are particularly worthy of applause. The art direction itself is well thought out and cohesive, and reproduces an "industrial" aesthetic typical of the thirties and forties, with a use of imperfections (such as rust or creases) that is not forced: there are few objects alien to this style, and certainly not among the most used. Even the canvas on which you build your device is selectable from a list of fifteen, and your choice includes a garage wall, a university corridor, the hull of an ocean liner, and a hut on a tropical island. 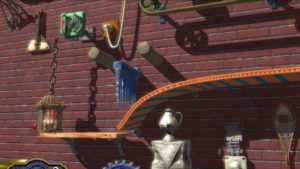 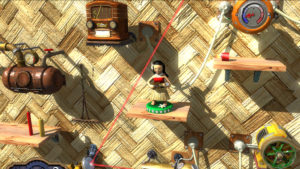 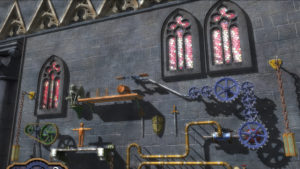 The only big problem: like many gentlemen of a certain age, sometimes Crazy Machines gets sick and goes haywire. The computers on which he knew the light of day were equipped with the legendary Windows XP or at most the notorious Windows Vista, operating systems now relegated to the ruins of computer rooms. The all-new Win10 isn't ideal for making the game feel at ease, but frequent bailouts will significantly curb damage from sporadic crashes.

Before concluding, I have prepared a little experiment to show you: the crate-splitting machine.

Do you want to see the game in action? Three fragile wooden crates are located in the vicinity of a block of the very dangerous C4 explosive. It is connected to a receiver which is activated when hit by a laser beam. Three panes of glass prevent the explosion, blocking the catastrophe-bearing beam of light. During the chain reaction, all three plates will be broken in a unique way, leaving the crates to their tragic fate: will you be able to follow all the branches of this device?

In light of all this, does it make sense nowadays to get your hands on this game? The answer is not obvious, and it depends both on how much you are willing to spend, and how curious you are to explore the crazy and wild world of Goldberg. I spent the twenty-two euros without remorse, but I realize that it is a hallucinating figure for a puzzle game, especially if it comes from a time when the name "Ezio Auditore" meant nothing and Mario was about to do " a small step for the plumber, but a big leap for the industry ”(thinking of both Galaxy and the Wii Revolution). The fact remains that if one day you feel inspired, you can turn to Crazy Machines 2. Give him his time and give him a few coughs: you will discover that, like a real grandfather, he will always be there waiting for you, with a story to pass down, individually. , to each of you.

Do you want to be a video game expert and know all the tricks, guides and reviews for your video games ? Holygamerz.com is a group of video game fanatics who want to inform you about the best tricks, guides and tips. We offer you the best information to be a reference in gaming, so here you can find guides, tricks, secrets and tips so you can enjoy your games to the fullest. Are you ready to get all the achievements of that game that you resist so much? Enter now and enjoy your favorite video game to the fullest!
Guide Ranking of the strongest characters of Persona 5 Strikers ❯