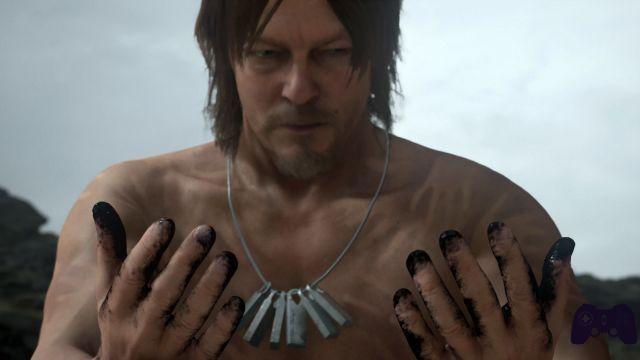 Fans are joining minds in search of a solution to the puzzle that could be about Death Stranding.

In decades of videogame programming, Hideo Kojima has always loved to prepare intricate puzzles linked to his games for fans to solve. Death Stranding, his next project which is already an enigma in itself, therefore seems to be linked to a mysterious image that appeared on Twitter, which has led fans to speculate what connections it may have with the game - if it really does.

As mentioned in a previous article, the fan community has been activated thanks to the posts of the Twitter account Archillect, a bot that automatically shares images and GIFs apparently connected to the game and to Kojima himself; everyone's attention exploded when the account gave to think it had something in store about Death Stranding.

The Death Stranding subreddit went to work to understand the meaning of the encoded image, identifying in the simple colored dots which is composed of a possible message in the Braille alphabet, or even coded in binary code or even biocoded (in short, in biocoding we use bacteria that react to particular chemical agents).

One of the most accredited answers is precisely the binary code, so from the image a code would be obtained that subsequently leads to the phrase “uoyodmaiohwwonktnodllits} k {etalooteruoy” - read backwards: “youretoolate {k} stilldontknowwhoiamdoyou” (“you arrived late {k} you don't know who I am yet, right? ”, A phrase said in the E3 trailer by the character voiced by Lindsay Wagner).


If the connections that all this has or could have with Kojima or Death Stranding are still questionable, the fact is that the cryptic image has led to 3000 users in turmoil connected at the same time to the subreddit, in a wonderful group experience in search of the solution.

The possibility that it is a joke cannot be removed, and that the intricate puzzle is not linked to the game or to Kojima, at least from an official point of view; however, the feeling of mystery that Death Stranding surrounds itself with makes it more interesting than ever to follow its development until its release, and perhaps we can hope that there is not much lack of news about it.

Source
Do you want to be a video game expert and know all the tricks, guides and reviews for your video games ? Holygamerz.com is a group of video game fanatics who want to inform you about the best tricks, guides and tips. We offer you the best information to be a reference in gaming, so here you can find guides, tricks, secrets and tips so you can enjoy your games to the fullest. Are you ready to get all the achievements of that game that you resist so much? Enter now and enjoy your favorite video game to the fullest!
Borderlands 2 (PS Vita) review ❯

News The Last Of Us Part II, the most complex characters in the history of gaming

Add a comment from News Death Stranding: Archillect and the message in the puzzle