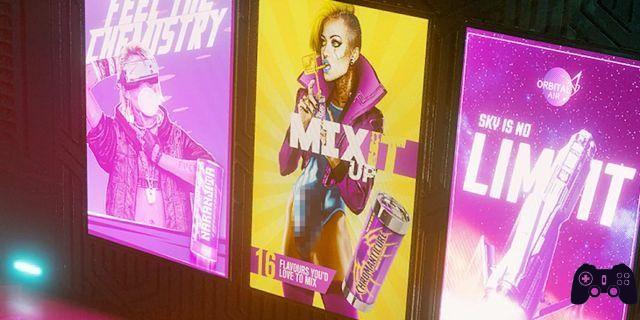 Cyberpunk 2077 does not stop being talked about, ending up again in the pillory on social media. This time, the indictment is an in-game poster featuring a transgender model, with a flashy, bulging… er… that. The sentencing on Twitter was quick and impartial, urging users of the platform not to buy the game.

No, not a very curious notice which can be found on the CD Projekt Red store page, but the words of a transgender user on Twitter, who commented in this way the choice to publish one of the in-game poster that will decorate the streets of Night City, called "Mix it Up". Claiming to speak on behalf of the entire community, this user, one of many, has collected the flashlight of one new protest campaign who went through Twitter. The campaign invites, if you buy Cyberpunk 2077, a donate $ 70 to the transgender community. 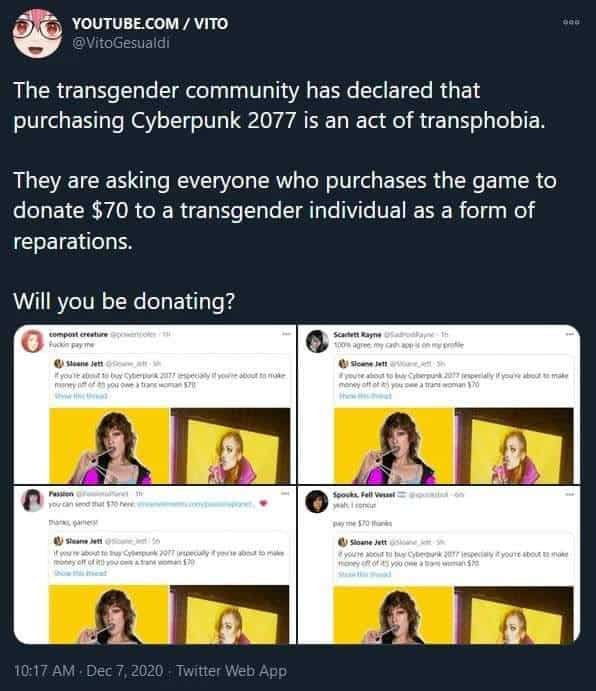 CDPR has often been defined as a company "transfobic“, That is, he treats transgender figures with contempt or superiority, but in this case the target of the campaign is an in-game poster, which depicts a transgender individual. In true “Night City” style, in fact, the individual portrayed in the poster is provocative, provocative and unfiltered, showing for the umpteenth time a future in which the human body is a commodity and target of the mega-corporations. 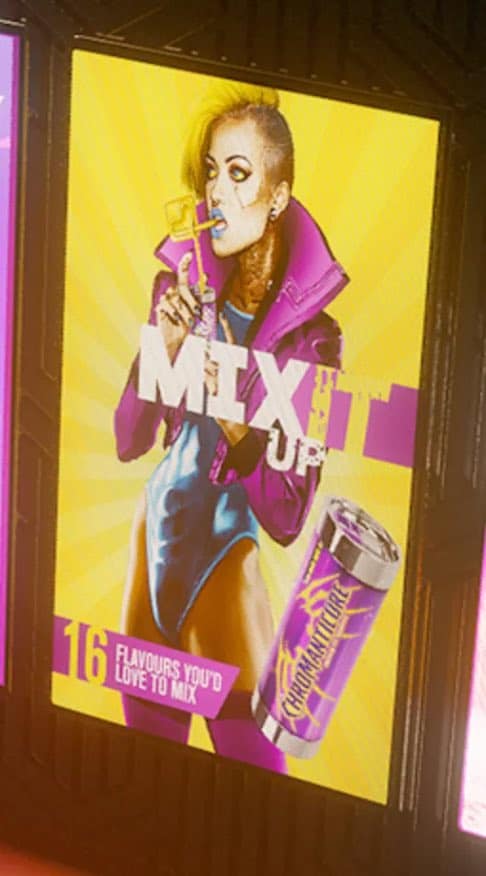 The poster in question has been defined by some members of the transgender community, in fact, as an objectification and a commodification image of a transgender person, transforming the powerful silhouette penis of the * modell * in a marketing tool.

Also Kasia Redesiuk, the artist who designed this poster, is agree with this observation. Contrary to what users on Twitter claim, however, Kasia highlights how commodification is implemented by the corporations ruling Night City, and not by CDPR.

“I like the way this person looks. […] Nonetheless, this model - and their beautiful body - is used for corporate purposes. They are exhibited exclusively as an object, and this is the terrible part of it all "

- Kasia Redesiuk, designer of the "Mix It Up" poster

A real complaint, therefore, that of CDPR and Cyberpunk 2077, which show how the unbridled consumerism and unfiltered capitalism rule the not-so-distant future of Cyberpunk. Yet, even in a future where CDPR has ensured that it will be possible to play the role of an individual of any gender, the sight of a transgender model has sparked a huge hype.

The future is not too far ahead, we are too far behind.

The purpose of CDPR was obvious: to provoke and to make people talk about themselves. The way in which it achieved this goal very well, however, it says more about the viewer than about CDPR. Even in the transgender community, which should have applauded a performance so direct and shameless of a transgender person, someone reacted badly. Yet, it is no longer the "shore" representation of the transgender individual; it is not the homosexual couple in the background of "Finding Dory", which allows someone the freedom to say "I'm just friendsand ”holding his ears.


It is a representation that leaves no room for misunderstandings, and leaves no doubts. But yet, we are not ready

The reality, unfortunately, is that a community that has made opposition, denunciation, indignation its voice, is no longer able to speak any other language. In a place where the volume you speak with is dictated directly by how much fuss what you say makes, words of applause and understanding sound like whispers.

It could have been said that it was one courageous choice, especially by one Polish software house, to represent a transgender individual without filters. The artistic choice could have been applauded, which is so reminiscent of the pop-art by Andy Warhol, which in its time showed the branding and commodification of the woman. 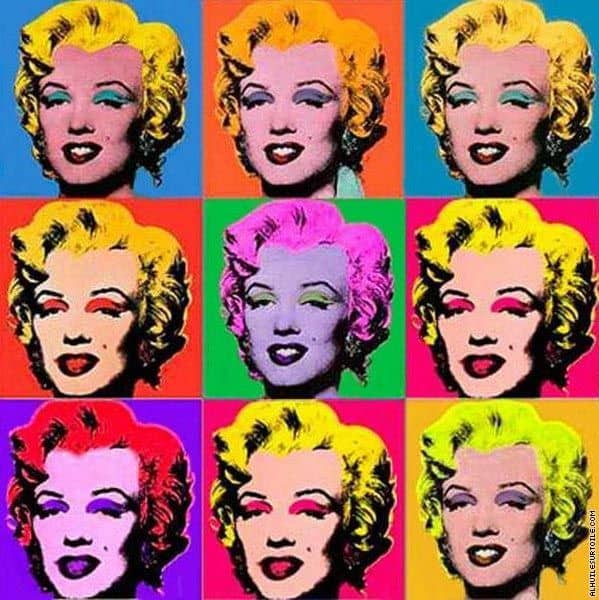 Yet, no - faced with such a straightforward image - we did what CDPR expected for sure we would do: we were scandalized.

Sorry, Cyberpunk, and sorry 2077. Today is 2020, and a woman with a penis is still scary. Who knows, one day we will be able to see such a billboard too - like the millions of billboards showing a woman's half-naked body - on our way to work. And maybe, that day, we won't think "TRANSGENDER !!!!", but we will think "I really want a drink".

Do you want to be a video game expert and know all the tricks, guides and reviews for your video games ? Holygamerz.com is a group of video game fanatics who want to inform you about the best tricks, guides and tips. We offer you the best information to be a reference in gaming, so here you can find guides, tricks, secrets and tips so you can enjoy your games to the fullest. Are you ready to get all the achievements of that game that you resist so much? Enter now and enjoy your favorite video game to the fullest!
News Platinum Games: an interesting project coming to Switch ❯

News Life is Strange 2: here's the launch trailer for Episode 2

News 343 Industries has news in store for E3