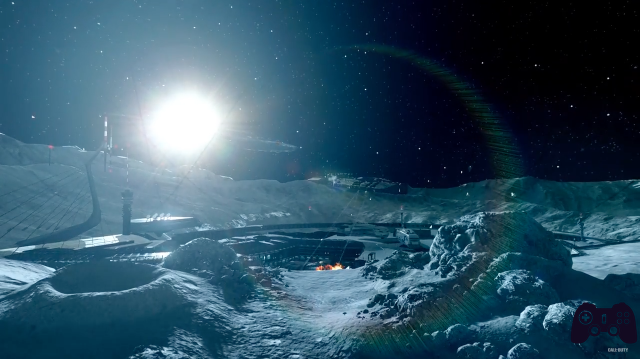 Activision announces, through a press release, that Call of Duty: Infinite Warfare Continuum is now available on PlayStation 4.

Four new multiplayer maps, including a reinterpretation of Rust,

Actress Pam Grier joins the cast in the all-new and fun Zombie co-op experience "Shaolin Shuffle," set in New York in the 70s.

Published by Activision and developed by Infinity Ward, Continuum contains four new multiplayer maps, including Rust, one of Modern Warfare® 2's all-time favorite maps, reinvented for the new generation with an ultra-modern look.

Shaolin Shuffle, the next exciting chapter in the zombie experience Call of Duty: Infinite Warfare, sees the return of Willard Wyler, the mysterious and wicked director, portrayed with the voice and likeness of Paul Reubens (Pee-wee's Big Holiday, Gotham). This time, Wyler has trapped the four protagonists in a horror movie set in the 70s. Players will face new zombie enemies in a variety of New York “disco fever” locations, from the subway to nightclubs to the arts dojo. martial arts, run by the "Shaolin Sister", who has the voice and appearance of Pam Grier (Jackie Brown, Foxy Brown). In addition to the typical Call of Duty action, Shaolin Shuffle introduces four new kung fu fighting styles, each with their own unique set of moves. Seth Green (Robot Chicken, Austin Powers) is the "Punk Rocker;" Ike Barinholtz (Neighbors, Suicide Squad) is "Sleazebag;" Jay Pharoah (Saturday Night Live, Ride Along) is "Street Poet;" and Sasheer Zamata (Saturday Night Live, Inside Amy Schumer) is “Disco Chick,” we find them all in this brand new experience.

In addition to the Shaolin Shuffle content, Continuum will also include 4 new multiplayer maps:

Call of Duty: Infinite Warfare is published by Activision Publishing, Inc., a wholly owned subsidiary of Activision Blizzard, Inc. (Nasdaq: ATVI), and developed by Infinity Ward. Call of Duty: Infinite Warfare Continuum will be available from today, April 18, 2017, first for PlayStation 4, and to follow for all other platforms. The game is rated PEGI 18.


Source
Do you want to be a video game expert and know all the tricks, guides and reviews for your video games ? Holygamerz.com is a group of video game fanatics who want to inform you about the best tricks, guides and tips. We offer you the best information to be a reference in gaming, so here you can find guides, tricks, secrets and tips so you can enjoy your games to the fullest. Are you ready to get all the achievements of that game that you resist so much? Enter now and enjoy your favorite video game to the fullest!
Volume Review ❯

News + Elden Ring, the future of the souls

Has Scalebound News Been Canceled?

Add a comment from News Call of Duty: Infinite Warfare Continuum is now available on PS4