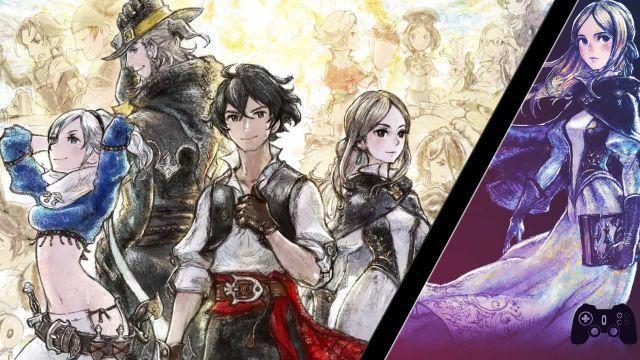 A very important role in Bravely Default II is played by the classes, which confer unique abilities. At the moment the trailers showed some of the available classes and some were even playable in the demo. From what we have seen, however, interesting additions and also reinterpretations of the traditional classes of Bravely are expected.

If you want more general information you can consult our article on everything you need to know. For explanations and solutions on the various aspects of the game, however, I refer you to ours complete guide.

The classes known so far

We still don't have information on all the classes available in the game, but we do know which ones will be present thanks to trailer promotional, which also describe many of the places present.

A class with no special skills but extremely versatile to start with. It has some very useful secondary skills. It is not recommended to use it during the story as you do not have many reasons to keep it as the main class. 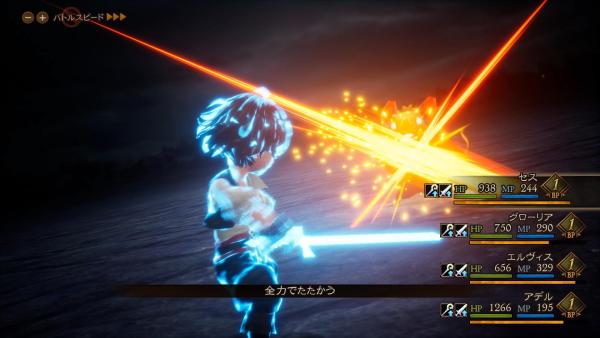 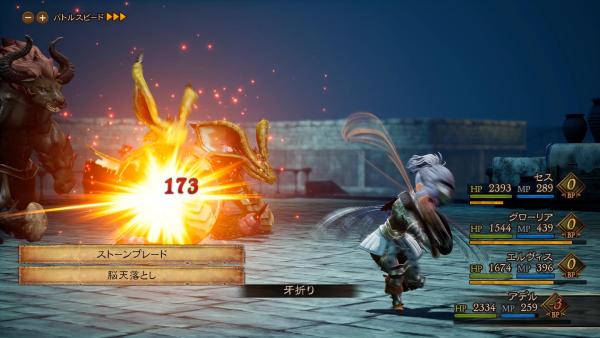 One of the most famous classes in JRPG history, necessary for his healing spells. Generally, it is always good to have a White Mage on your team to heal, but avoid having too many or otherwise you risk the problem of consuming too many MPs and not having enough offensive. 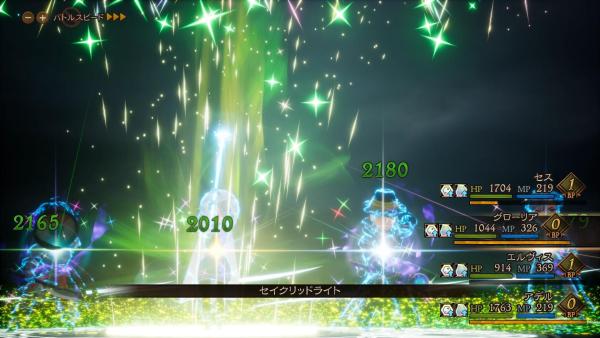 Same thing as the White Wizard but with the black magic, therefore offensive. An extremely powerful class at the start of the game, as you have no other alternative at the bottom. Absolutely necessary for farming and to get rid of many enemies by relying on elemental weaknesses. 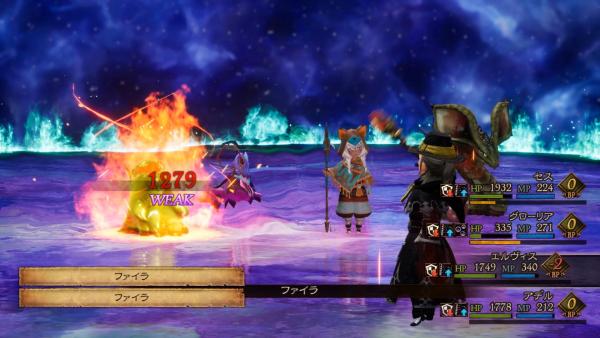 A physical class not to be underestimated. In the other games it was a class with amazing skills, very good for some post-game battles. I recommend you try it also on Bravely Default II, since it has never disappointed. 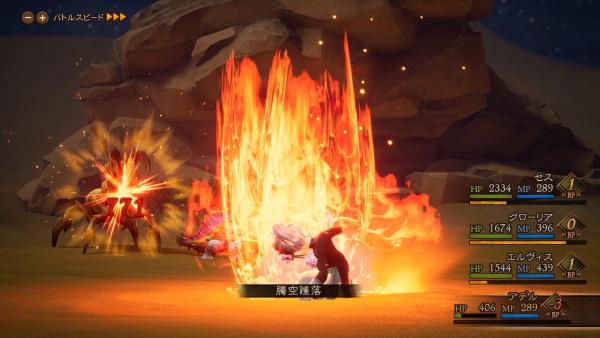 A classic from Square Enix. This class is focused on speed and has little defense, it is great for stealing tools from enemies and for its support skills. 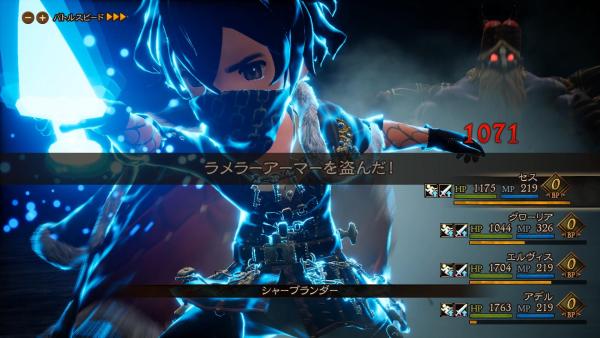 This class seems to replace the Bravely Default Artist. With the power of poetry you can help your allies and therefore we are talking about a strictly support class. Given its power-up abilities, it remains a possible recommended choice for tough and boss battles. 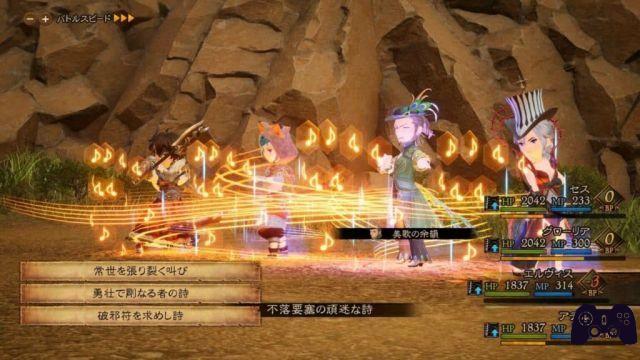 Well, the Gambler appears to be one class based on gambling. From what has been revealed it is based on luck and therefore does not seem like a very good choice. However, his support skills are not yet known, the last word is not yet said! 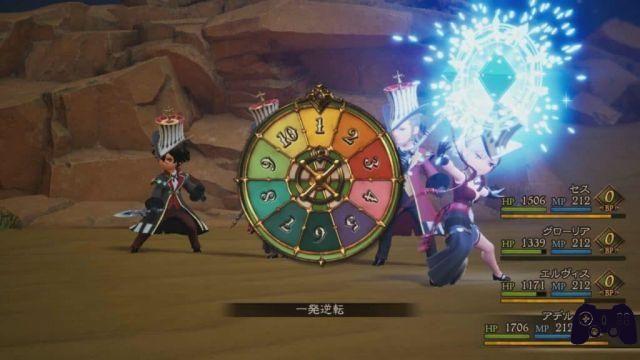 This class resembles that of the Pirate. It can wield axes and we know it has a high DPS, but we still lack details. I can only assume it is the usual class specializing in HP and Physical Attack. 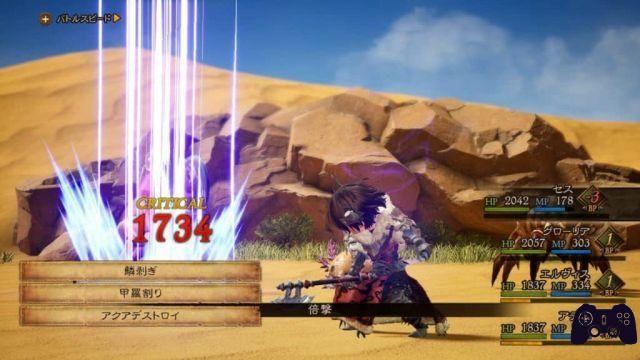 Did anyone mention H'aanit from Octopath Traveler? This class of Bravely Default II looks like very similar to that of the Hunter of the game mentioned above. You can capture monsters for reuse and even slow down your enemies. If the premises are really the same as Octopath, I strongly recommend that you use it as your main class. 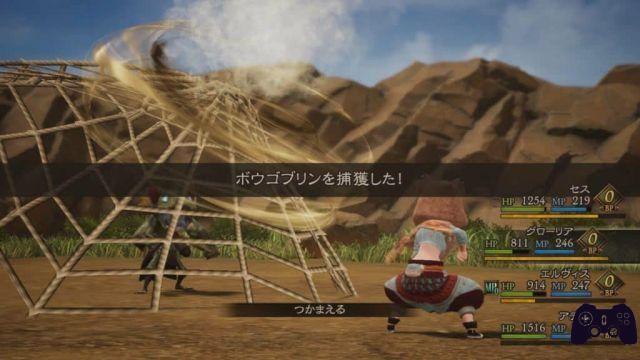 The union of White Magician and Black Magician gives life to the Red Magician. Using both types of magic is crazy, but you will be less specialized in both. So if you want higher level black magic, forget about this class. The most interesting thing will be his support skills, since he had some pretty good ones on Bravely Default. 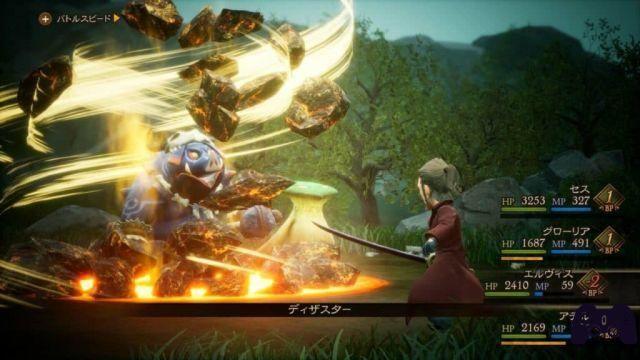 A rather particular class within the series. It can analyze enemies' weaknesses and has high accuracy. The Ranger had some nice setups in Bravely Default, but better alternatives are usually preferred in postgame. I doubt that on Bravely Default II a class already seen like this is your priority. 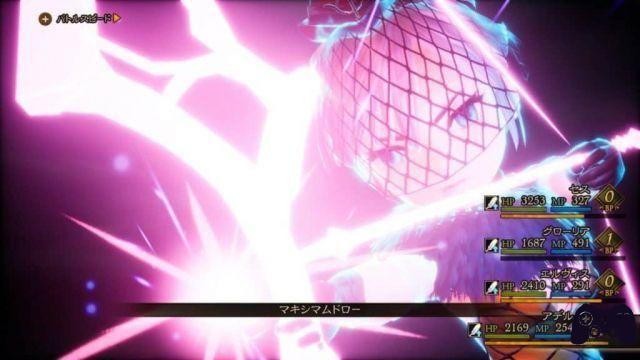 Did someone say total protection? Because the Shield Master takes care of just that and could be very useful to you. It also depends on your style to choose whether to have a tank, but it usually remains a good choice for boss fights. 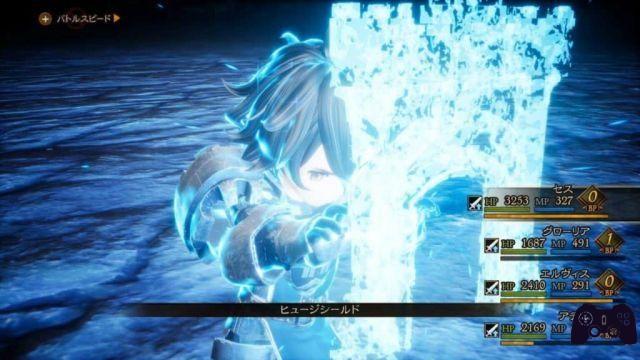 Quite an extravagant class and therefore interesting. Apparently the Pictomancer weakens enemies through the use of different colors and consequently remains an interesting choice for the boss fight. Unfortunately, very little is still known, but usually these support classes have very, very useful skills. 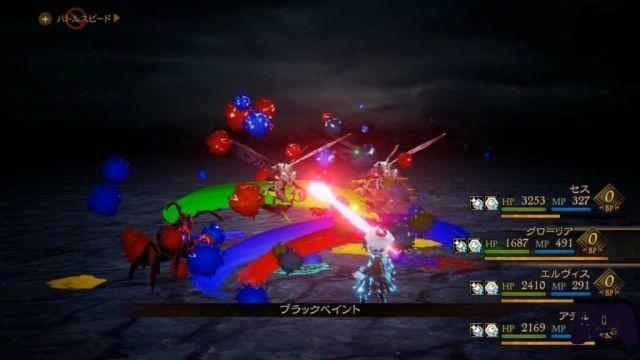 One of the historical classes of Final Fantasy, capable of attack from above. The Dragon is capable of wielding spears and replaces the Valkyrie class by Bravely Default. I advise you to keep an eye on it because it could create interesting combinations in battle, capable of defeating many bosses easily. At least, on Bravely Default it was possible with a team made up of only Valkyries! 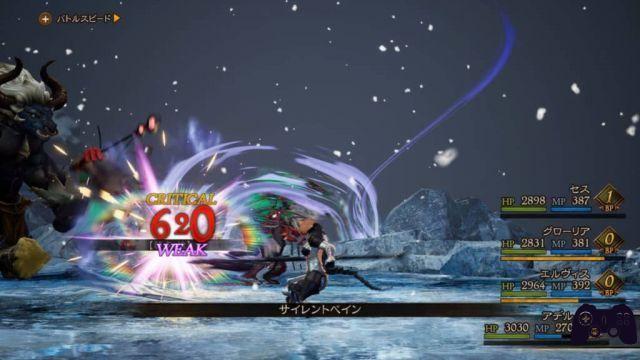 The Arms Master is not the usual class suitable for those who prefer to go on the offensive. Alternating attack and defense you will have at your disposal a warrior of death capable of heavily punishing your enemies. 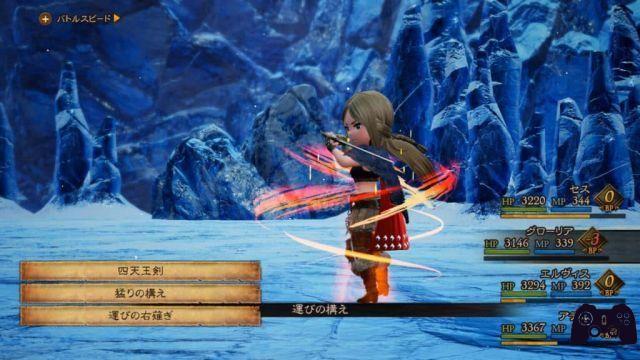 A class with many tricks and support skills. It was a favorite in Bravely Default for bringing to life some of the strongest strategies in the game. On the other hand, they are likely to have altered the strengths of the spirit master. 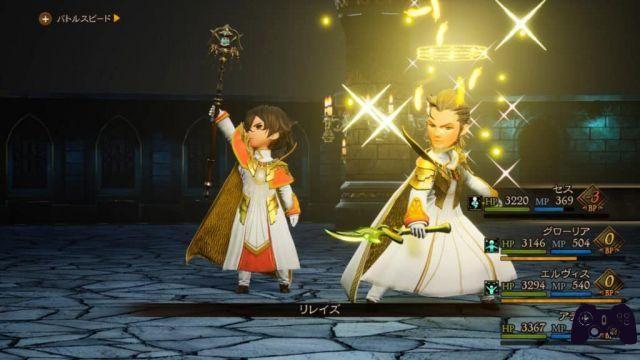 An unprecedented class about which we know little but which promises very well. According to the trailers it is capable of manipulate the law and alter the attributes of enemies. 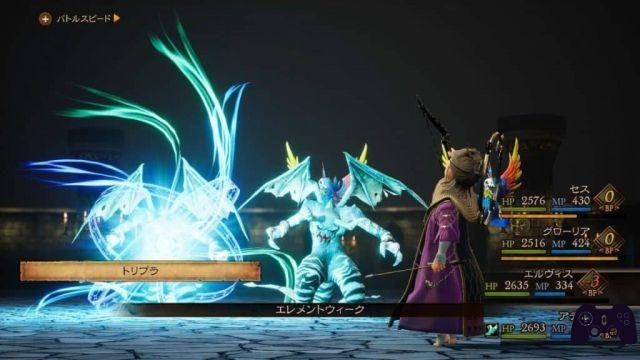 A class familiar to anyone who has played Bravely Default. It is based on combinations of objects to heal allies or deal damage to enemies. It's honestly not that strong during the storyline, but you never know how it was adapted on Bravely Default II. 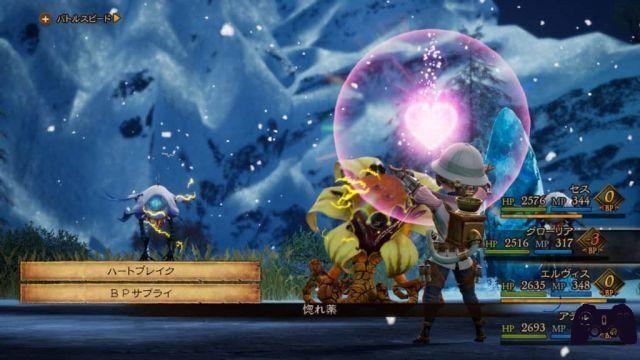 A clearly offensive class. It looks like the fusion of the Black Knight and the Fencer of Spells. You can freely change attributes of your sword and it is also vaguely indicated that HP can affect our attack strength. 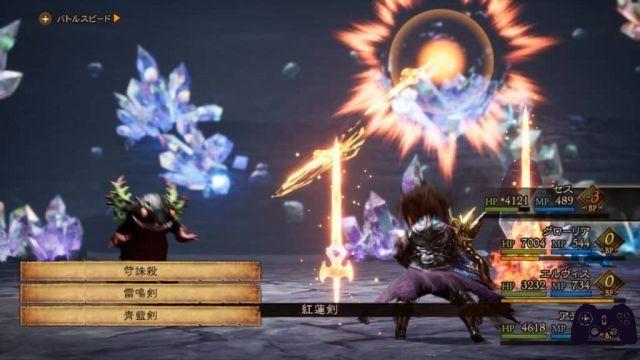 What appears to be the definitive tank. It excels in attack and defense and can generate a barrier for all team members capable of canceling an attack. The same is true as before, based on your style you can usually choose whether to have a tank in your team or not. 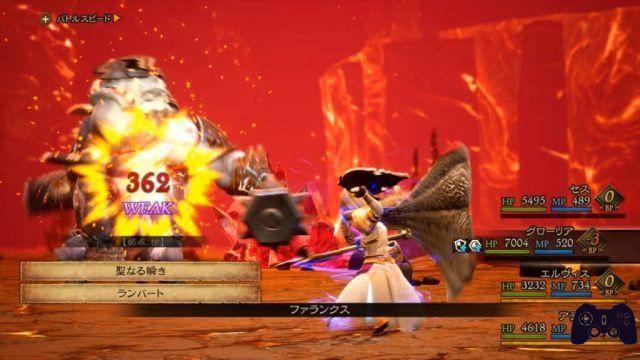 What appears to be the Ninja substitute class. Speed ​​and Evasion they are all that matter when you use such classes. Consequently, consider using some defensive class to protect these less defensive members of your team. 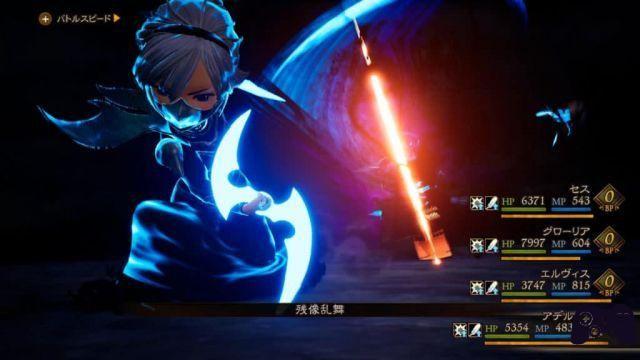 The power-up of the Black Magician, suitable for those who love offensive magic like myself. This class was also featured in the first installment of the series, which is why many fans will likely remember it. 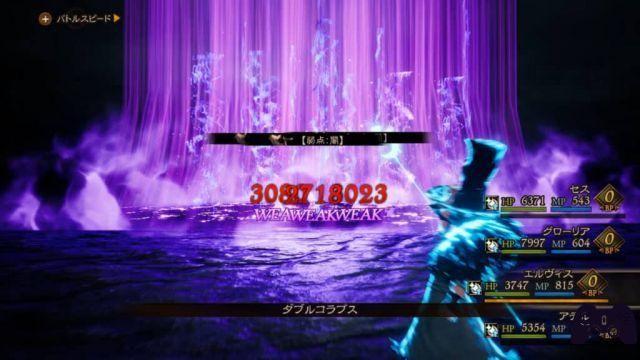