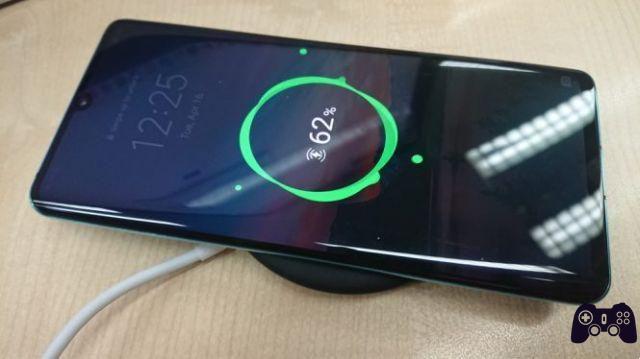 Some of the most recent smartphones among those launched on the market have an innovative feature: it is the reverse wireless charging, a function thanks to which the devices have the possibility to become charging sources. This technology has been discussed for some time, and we talk about it with the Tech Universe team, which helps us understand more.

With reverse wireless charging users have the opportunity to recharge wirelessly not only the smartphone but also other devices, such as smartwatches. This is an alternative to the standard procedure, which is based on using the mains charger cable.

Wireless charging is based on the transfer of energy to the phone via electromagnetic induction, while with reverse wireless charging you take a step forward: smartphones themselves become charging stations, which means that you can rely on them to recharge other devices without wires.


What changes compared to the past

It is not the way of charging that changes, since it remains the same as in the past. The novelty, however, consists in the fact that the phone becomes a source of energy for a large number of accessories. The debut of reverse wireless charging took place with P30 Pro e Huawei Mate 20 Pro, but within a short time, Samsung's Galaxy S10 line was also added.

It cannot be ruled out that, within some time, all new generation smartphones may implement this technology.


Speed ​​is not the strong point of this method, which instead is appreciated above all for its ability to reduce consumption. In short, it is a function that can be used when one needs to perform one emergency charging, perhaps to help another person with the phone dead and without a charger. But that's not all, because reverse wireless is perfect even if you're out and about with dead wireless headphones.

From the performance point of view, the peak of wireless charging it is represented by 20W, but it should be noted that over the years the charging technology has made considerable progress. Furthermore, almost all the chargers that are on sale reach a maximum of 10W.


Well, there are no power standards for the reverse wireless charging: for the moment the performances are low, but the room for improvement is wide.

For the Galaxy S10, for example, the maximum output does not exceed 4W, while for the Mate 20 Pro it ranges between 2.5W and 3W. Then there is the limit of energy that can be transferred, depending on the source device: it is due to its power source, that is to say the battery.

Where is reverse wireless charging: Huawei models and Samsung models

As mentioned, one of the smartphones that currently support this technology is the P30 Pro on Huawei, which was unveiled last March. It is very similar to the Mate 20 Pro, which - not surprisingly - in turn offers reverse wireless charging.


The 4.200 mAh battery is able to recharge two true-wireless headphones at the same time without this leading to problems of autonomy until the end of the day.

As for the devices of Samsung, this charging mode is available for the S10 line, for the S10 + line and for the S10e line: in all three cases, therefore, it is possible to recharge other devices that work wirelessly without cables, from mice to headphones, passing through other smartphones.

IMEI number vs IMSI: what you need to know about them ❯

add a comment from New for smartphones, here is reverse wireless charging