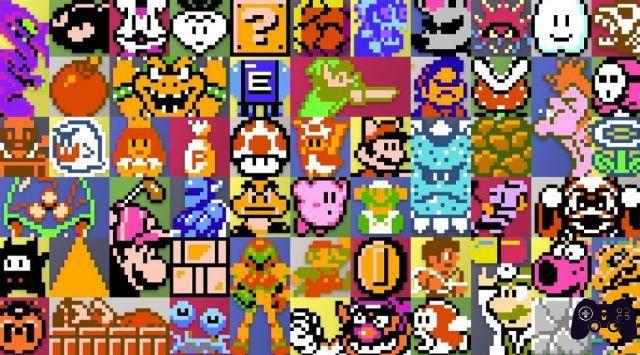 In 1983, Nintendo launched the Famicom, home console destined to raise the gaming world from the serious industrial crisis of the same year, and arrive in 1986 also in the West, with a different alias: Nintendo Entertainment System, then abbreviated to NES.
Il NES he performed very well the main task present in his name: he entertained and entertained, with titles of the caliber of Super Mario Bros., The Legend of Zelda, Metroid, Kid Icarus and Donkey Kong, which became the first chapters of the most famous series of the Kyoto house .
Almost thirty years after the console's debut, Nintendo has decided to honor its career with two titles for Wii U (at the moment only in digital download) which present to old and new players the major exponents of the NES library in a new arcade version.
NES Remix and its sequel NES Remix 2, are sold to 9,99 € each, offering different challenges to the Wii U owner, will being partially inspired by the Wario Ware series prove to be a winning strategy?

Being NES Remix 1 + 2 composed of two very similar titles, and noting the fact that in Japan both are also sold in Retail version in a single disc called Famicom Remix 1 + 2, we decided to combine both experiences into one review.

The Primo Remix is ​​never forgotten

NES Remix offers gameplay very similar to the Wario Ware series, once you start the game, in fact, you will find yourself in front of a gallery of titles, as if you were in a museum of Nintendo history.
All the games offered offer different levels to face, in each of which you will have to complete a certain task or a series of them, such as defeating a boss and collecting the Triforce in The Legend of Zelda(1986) or reach the flag and defeat Bowser on the next screen in Super Mario Bros.(1985).
Unlike what happens in the series dedicated to Wario, however, you will not have a few seconds to perform the required actions: time will flow normally (there is no shortage of levels to be completed within a certain amount of time, but never with the haste that distinguishes Wario Ware ), giving a rating at the end of the level up to a maximum of three stars, which will need, needless to say, to unlock new games or Remix levels.
Reaching the time required to get the three stars in each of the 205 proposed levels is not prohibitive for an average level player, a completely different challenge will be to obtain the coveted multicolored stars, further improving their times and proving to friends and acquaintances that they are truly champions.

In addition to unlocking new levels and games to try your hand at, with the Stars earned, the fun Remix challenges will be offered, 75 reinterpretations of classic games that will require the player all their skill how to hit an invisible ball in Baseball(1983), and that will also tear the Nintendo fan a few smiles when he prepares to save Pauline with Link in two levels of Donkey Kong(1981). 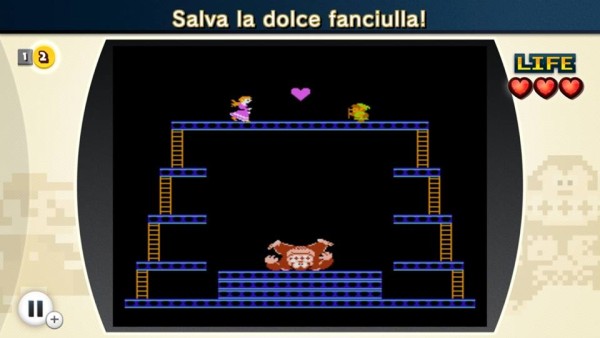 The sixteen games featured in NES Remix offer an increasing challenge (in more than 200 different levels), even if some titles have more dedicated levels, they are still suitable for both quick games and longer game sections, thanks also to the possibility of playing only on the Wii U Gamepad, leaving the television free to be used in another way.
However, it should be noted that the fast pace of challenges is broken by Golf(1984) and Baseball(1983) which require patience, precision and even a bit of luck to be completed with the maximum score.

NES Remix 2 offers a more varied range of titles in genres, to the detriment of the number of levels, which it is reduced to just over 150, against the more than 200 of the first.
The gameplay formula remains the same as in the first chapter, with normal challenges and Remixes, which will bring the player to the ring in the role of Little Mac from Punch-Out !!(1987), exploring mythological and space caves in Kid Icarus(1986) and Metroid (1986), as well as having the role of Link and Mario in Zelda II: The Adventure of Link(1987) and Super Mario Bros. 2 (1988) and 3 (1988).
The fast pace problem we talked about above is also back, in addition to NES Open Tournament Golf(1991), the frenetic phases are also broken by two of the most famous arcades from Nintendo: Dr. Mario (1990) and Wario's Woods (1994), even if they are much less complicated and slow than the sports of the first chapter.
If you notice a slight increase in difficulty in the main levels, in the Remix challenges, Nintendo EAD has really indulged, offering the player both a level of complexity greater than the previous chapter (between disappearing ships, clones of Mario, and boxers capable of knocking out in one stroke ndGuido) and winks at the Kyoto house fan in levels with requests like "Save Peach ... with Peach!". 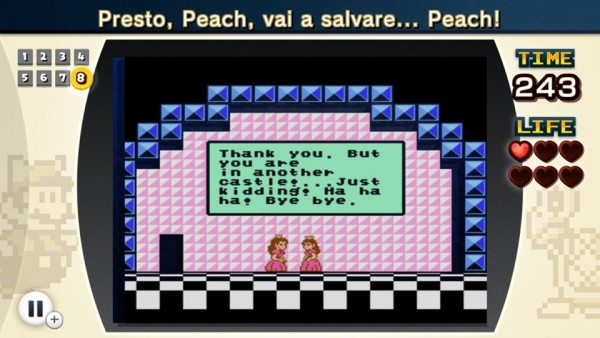 To compensate for the fewer levels, several game options have been introduced, including the possibility of being able to record the best performance and review it at any time in the level selection screen, unfortunately the videos in question cannot be uploaded online, making everything useful only to the individual player, to analyze their successes and failures.
In the main game menu you can also choose between two other modes: Super Luigi Bros. which offers the first Super Mario Bros., mirrored and featuring the sprite of his brother in green; and the Championship Mode, a ranked online scoring challenge that requires the player to achieve the highest score by playing three different games, in a total time of six minutes and twenty-one seconds, inspired by the 1990 Nintendo World Championships.
Two additions that further increase the longevity of the title by not limiting the player only to collecting stars and stamps.

The Miiverse is filled with stamps

In both Nes Remix, in addition to the Stars given at the end of the level, every time we complete a challenge we will get gods Bit, special points that, if accumulated, will unlock stamps depicting the Nintendo heroes in NES version, for use on Miiverse.
Initially introduced in Super Mario 3D World, these collectibles seem to be designed to entice the player to write about the Nintendo community, offering even those who do not know how to draw the opportunity to create their own little graphic masterpieces.
In both games there are 100 stamps to collect, 95 of which by collecting bits, while the last 5 by satisfying special requests (Get all gold or multicolored stars, for example).
If you particularly liked a title of the gallery, you can, at any time, access the eShop to purchase the full version.

The NES Era on Wii U

On the technical side, the two NES Remixes are not different, proposing both the layout of the menu with the choice of levels, and the frame that will surround the challenges, probably to give a sense of continuity between the two titles.
The audio sector obviously presents the tracks taken from the titles protagonists of the challenges, remastered and always current, even with almost thirty years on their shoulders, with some unreleased scattered in the menu and in the credits.
The pixels of the games have been cleaned and redefined, where possible, to ensure a sort of modernity to the NES titles, while remaining the same as always.
Unfortunately the Wii U Gamepad was little used, guaranteeing only the Off-Screen experience, and limiting the Touch-Screen only to the selection of Miiverse posts and the eShop icon.

For the price at which they are offered, NES Remix 1 + 2 they offer a blast from the past to those who enjoyed them in the NES era, and the chance to get to know them to all those who were not yet born at the time, offering “new” and pressing gameplay.

Verdict 8/10 The true heir of Wario Ware Comment NES Remix 1 + 2 amaze on the positive: what at first glance may seem only titles for the hardened Nintendo fan and to advertise the games of the NES era present on Virtual Console (which is partly true) causes a real addiction after the first sections. The fast pace of gameplay, and the desire to improve your score to strut with friends, increase the longevity of the game, although the first chapter is much longer lasting than the second, which compensates with a slightly higher difficulty. We hope Nintendo EAD will soon offer us a third chapter, perhaps concerning Super NES games. Pros and cons ✓ Addictive
✓ Well-balanced difficulty
✓ Ideal for both fast and long games
✓ Function to Record Interesting Videos ... x Some games dampen the pace
x Gamepad not used properly
x ... but made only useful to the single player not being able to upload videos online.
Do you want to be a video game expert and know all the tricks, guides and reviews for your video games ? Holygamerz.com is a group of video game fanatics who want to inform you about the best tricks, guides and tips. We offer you the best information to be a reference in gaming, so here you can find guides, tricks, secrets and tips so you can enjoy your games to the fullest. Are you ready to get all the achievements of that game that you resist so much? Enter now and enjoy your favorite video game to the fullest!
Never Alone Review - Kisima Ingitchuna ❯

The Hex Review - Six Avatars in Search of Author