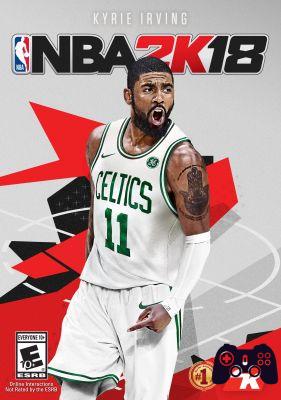 Every year basketball tells us extraordinary stories like that of Kevin Durant, left from OKC to win and succeeding, or the national team that in a European, faced by non-favorites, managed to reach the quarter-finals succumbing only to the great Serbia of Bogdanovic e Macvan. Every year, however, basketball lovers have another reason to enjoy: the historic rivalry between NBA Live e NBA 2K, two video games that embody the spirit of discipline to the greatest extent. The series 2K dominates the scenes for years now proving more and more the definitive simulation and fighting, for popularity, even with the two great footballing sacred monsters: PES discipline e Fifa. After hours spent studying the schemes and trying to raise the level of our character we are ready to give you our opinions on the 2K simulation - available now on Playstation 4, Xbox One, PC e Nintendo Switch -, will it be able to dominate the scene again this year or will it have to give way to competitors? Find out in our review of NBA 2K18.

Last year the protagonist was Pres, this year DJ

Last year Visual concepts put us in the shoes of Pressure, a college star who with his hard work earned the most important stage for a basketball player. In NBA 2K18 the development team focused - for career mode - on the road, where the sport was born and raised. In fact, our virtual alter ego, on this tour, is DJ, a former disc jockey who dropped out of college to follow the musical path but with a passion for basketball who enjoys playing with his friends in 3 vs 3 competitions on concrete. During the final of a tournament he is approached by a scout of an NBA team - chosen by the player - who will propose him an audition and allow him to try to realize his dream: to play in the highest basketball league. After several rehearsals you will become part of the team and the DJ's dream will finally begin to come true.

But life as an NBA player isn't that easy. The workouts are tough and you don't get better overnight… Unless you use VCs. NBA 2K18, in fact, has unleashed the ire of the players by massively inserting their virtual game currency, obtainable both by playing and paying in real currency, to improve DJ and make him one of the strongest NBA players. Until last year it was possible to earn a large number of virtual coins and improve your player very easily, making him very skilled and able to fight against the greats of basketball quickly and easily. On this tour, however, 2K has raised the cost of individual upgrades thus making it much harder for those who don't want to open their wallets. Obviously paying is not the only way to get VC, as we explained earlier just play the various modes available (such as MyGM or MyLeague which we will talk about later) or by participating in the Neighborhood life. This is one of the biggest news of this MyCareer: it is a mega hub containing shops to modify DJs - NBA or more street shops are available to change his clothing or hairdressers and tattoo artists for his body - or courts to play. with other avatars. This will also act as a container for a series of events, randomized, dedicated to the popularity of the DJ and his role as an NBA player., for example we will find ourselves taking selfies with fans at the NBA Store or we will have to go to our agent's office to choose which shoes to be given by the sponsors. These will be among the few scenes available in the mode, forget the amount of footage from the past two years and get ready for more self-serving clips like jokes. Shammy - the veteran who will follow us on our path - or to the contemptuous jokes of Boo-Boo, the head of security who will make fun of us or give us a big slap on the back based on our performance on the pitch.

My GM beats and is uglier than you

2K has tried to bring the narrative also in another of the favorite modes of the players all over the world, we are talking about the MyGM. After a short cutscene showing us how our virtual alter ego had to retire due to a ligament injury, he was forced to become a General Manager in order to stay in the NBA world. Our owner proves to be particularly problematic and it will be up to us to bring the franchise to success while trying to maintain credibility both in the locker room and with the press. The 2K experiment turned out to be half successful: this gimmick in fact tends to help novice players understand the role and functioning of a GM in an NBA franchise. Unfortunately, these skits turn out to be too pressing for those who, on the other hand, live off basketball and maybe start the mode several times with different teams. Small changes have been made, however, to the mode My Team, the FUT by Visual Concepts making it more and more similar to those already present in Fifa and PES. In fact, here every coach present prefers a certain game system that if performed with the right players brings great benefits to the team, visible thanks to the “System Effectiveness” indicator. Another welcome addition are cards designed to improve team strategy and decrease injury times for our players.

How is it possible to touch up something that is already perfect?

The question everyone asked when further gameplay improvements were announced was: how can you improve something that's already perfect? In recent years we have told you about various tweaks in a gameplay that, pad in hand, is perhaps the best representation of the game of basketball. NBA 2K18 is a further step towards perfection and demonstrates how - despite the dominance over the competition - we must never stop and the need to offer an ever better product is the priority. Visual Concepts has raised the bar and proposed further tweaks to the physical phase, already heavily modified last year but taken to another level in this title. In fact, every time there is a physical clash between the attacker and the defender, the game engine will be able to recognize numerous variants such as the tiredness of the two players and their respective skills in certain movements thus proposing realistic and, at times, unexpected results. In a particularly agitated phase of the game we will see, in fact, the defender hold on and try to bring the opposing playmaker to the outside, without granting penetration. In a lighter situation, such as a fine match when the difference in points is enormous, the defender will tend to be less rigid and to concede something more to the attacking side. This is possible thanks to the large number of animations that have been added this year regarding the melee and the immense work done on the AI ​​that is getting closer and closer to perfection. Their companions, in fact, will try to unmark themselves in an increasingly unpredictable way by exploiting spacing and blocks in an intelligent way by perfectly executing the schemes at our disposal. The same is true, however, for the CPU which in an intelligent way will often be able to put our defender in difficulty thanks to feints and blocks, also reacting to the player's defensive schemes; if during the games we rely too much on doubling, the opposing point guard will change his style of play forcing us to think about the counter offensive. 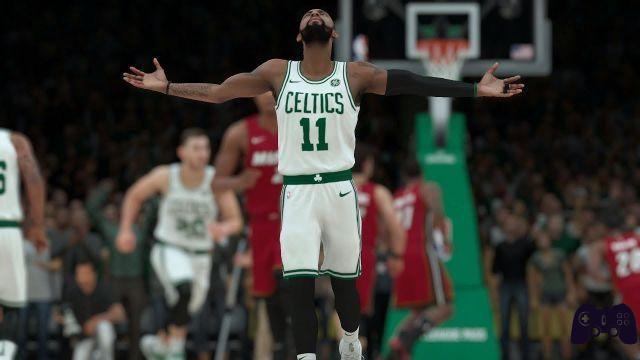 The public will react to the situation on the pitch

We talked about how Visual Concepts is trying to bring the gameplay of the series closer to reality thanks to small changes to the gameplay. The same happens with regard to the presentations of the matches: the animations of cheerleaders and the various stunts that during the timeouts cheer the audience close to perfection, often giving the feeling of being watching a game on television. Small changes have also been made on the models of the players that are even more beautiful and similar to reality, each big star has custom-made animations with movements attributable to its real counterpart. Visual Concepts has also worked a lot on the game environment, the arenas are more and more beautiful and the public plays a fundamental part in the most excited phases of the game, often revealing itself to be the extra weapon for the home team. The people in the stands, in fact, react to the various phases of the game, making it noisy if the team is winning an important race or falling silent if the players are playing badly. The team's work, however, does not stop there and great commitment was also put into the televised presentation of the match; in fact now the commentators will be much more natural than in the past as well as the sidelines who, in the breaks between the various quarters, will interview players and coaches.

Verdict 9/10 Kyrie Irving enjoyed having the game cover changed to 2K in the running Comment If you are looking for a basketball game to devour while waiting for the start of the basketball season we can only recommend the 2K title. NBA 2K18, in fact, is from the playful side one of the best exponents of the genre thanks to the immense care in the various phases of the game by Visual Concepts. The developer, in fact, every year adds improvements designed to give the ultimate experience to fans of the sport and the most beautiful league in the world. In addition to the gameplay, all aspects concerning the game atmosphere have also been touched up, which is now more realistic and increasingly resembling a televised match. The great gameplay pros, however, collide with some changes to the pivotal modes of the series: the MyCareer and the MyGM. However, the rating, lower than last year, should not deceive you: if you are looking for the definitive simulation, at least until 2018, dedicated to the most beautiful sport in the world, you have found it by buying NBA 2K18. Pros and cons ✓ More and more perfect gameplay
✓ More and more realistic match atmosphere
✓ Improved artificial intelligence
✓ Interesting MyCareer ... x ... but realization to be reviewed
x The history of MyGM cannot be skipped
Do you want to be a video game expert and know all the tricks, guides and reviews for your video games ? Holygamerz.com is a group of video game fanatics who want to inform you about the best tricks, guides and tips. We offer you the best information to be a reference in gaming, so here you can find guides, tricks, secrets and tips so you can enjoy your games to the fullest. Are you ready to get all the achievements of that game that you resist so much? Enter now and enjoy your favorite video game to the fullest!
The Cave Review ❯