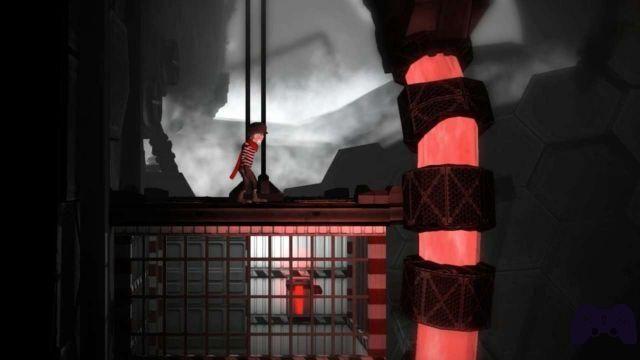 in 2010 Limbo amazed with the atmospheres that made of monochrome its point in favor, and many indie studios have since relied on the title of Playdead to offer a similar stylistic sector. NowhereStudios, a group of Turkish developers, propose from next May 28th, Monochroma, exclusive on PC and belonging to that great range of titles brought to the Valve platform through Greenlight.

The power of silence

Monochroma's plot is left entirely to the player's intuition. The two brothers protagonists of the title, will find themselves having to escape from a strange organization, in an uninhabited metropolis but at the same time full of puzzles and robots. Through the four large areas in which the title is divided, some information about the protagonists' past will be provided in the form of images (during the loading screens). The title of NowhereStudios is in fact devoid of any form of word, written or spoken, and everything is told to us only through sounds and music (but we'll talk about it later). During the approximately six hours in which it is possible to complete the title, the theme of brotherly love will be proposed, the helplessness of children in the face of the power of adults, the courage that can help to overcome adversity, all will lead to an unexpected and decidedly atypical ending for a title starring two kids. As the credits roll, the player will rethink all the obstacles the brothers have overcome, how their experience may have made them grow, and the result of this journey without ever having read or heard a dialogue.

Monochroma is a platform full of puzzles, which will all be carried out using the older brother and treasuring what the environment will make available. The aim of the game is that the two brothers reach the end of the title at the same time, to do so, the protagonist will have to carry the little brother on his shoulders and solve puzzles aware of the fact that the little one will be more a burden than a help. The younger of the two can in fact get off his shoulders only in the light of street lamps, because he is frightened by the dark, and will have to be taken up once the way is clear. Without the little brother on his shoulders, the protagonist will jump higher, reaching levers, boxes and switches otherwise impossible to operate. If some puzzles are well thought out and fun (like moving a Crane in time to break a glass) other puzzles seem to have been created specifically to anger the player, with excessive difficulty and poorly calibrated physics in most cases (the most striking is certainly that of the water tank, where the wooden box will overturn several times, sinking the two protagonists). 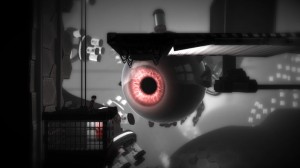 The difficulty in a platform is never sorry, unfortunately if this is due to out of phase controls and poorly calculated object physics, you will soon find yourself cursing all of Turkey. The stubbornness of the aforementioned puzzles is not in fact the only defect in Monochroma's gameplay: the protagonist will not respond to jump commands several times, or will not hang on the ledges bouncing against the obstacle and falling, causing premature death and restart from the checkpoint due to an error of the title and not the player. The timing of raising the little brother closes the circle of defects: many puzzles require a limited amount of time in which to act and, to give further annoyance in addition to the millimeter precision of the obstacles, you will find the plastered and very long animation with which the younger brother will have to climb onto the shoulders of the major. All these technical flaws bury the beautiful game atmospheres putting, it is appropriate to say, the merits of Monochroma in the shade.

White, black and a little bit of red

The graphic style of Monochroma follows that of Limbo, but offers settings and puzzles in 2.5D, covering a whole range of shades ranging from white to black, adding the red of many key elements such as the protagonist's scarf, the huge Ms scattered around the game world and the collectible flowers hidden in the levels. All the rest of the visual sector is monochromatic (and by the end of the title the player will also discover why), lights and shadows alternate in a swing that leans more and more towards the darkness: causing more than once an effort of the sight to understand the surrounding environment. The cast animations of the characters, on the other hand, turn up their noses and are out of place compared to the well-kept backgrounds. The soundtrack is instead well studied and manages to convey the whole atmosphere of the title, both as regards the pressing songs that are the background, and for the real sounds, such as the steps in the rain of the two brothers or the industrial noises of the second part of the title.

Verdict 7/10 A little bit Limbo, a little bit no. Comment While on the one hand we are dealing with a very successful stylistic and sound sector, on the other Monochroma suffers from some unforgivable defects for a platform. The defects of the physics and the inaccuracy of the commands, undermine the gaming experience making it tedious and frustrating; defects perhaps due more to the budget than to the experience of NowhereStudios. As in other similar cases, we hope that the Turkish studio will also experience the mistakes and present us with a new job as soon as possible. Pros and cons ✓ Audio compartment that drags the whole game
✓ Stylistically intriguing x Sometimes inaccurate commands
x Some frustrating puzzles

Do you want to be a video game expert and know all the tricks, guides and reviews for your video games ? Holygamerz.com is a group of video game fanatics who want to inform you about the best tricks, guides and tips. We offer you the best information to be a reference in gaming, so here you can find guides, tricks, secrets and tips so you can enjoy your games to the fullest. Are you ready to get all the achievements of that game that you resist so much? Enter now and enjoy your favorite video game to the fullest!
Mass Effect 3 review ❯

The Stillness of the Wind Review - Epistolary video game