Megabit vs megabyte: what's the difference? 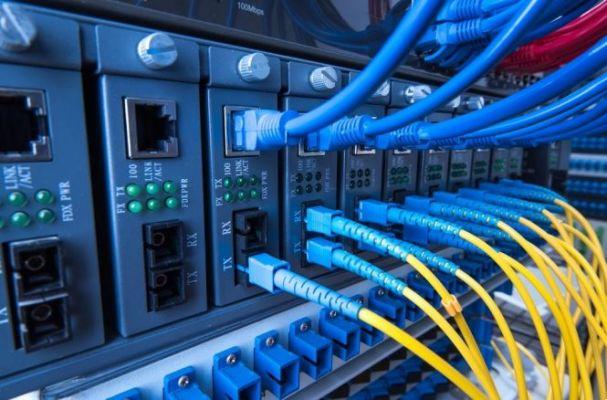 As more and more of our daily entertainment comes from online sources, Internet speed has become a very important factor. In a world where people can legally download movies and watch streaming TV shows from their PCs, users don't want to sit and wait to watch their shows.


For this reason, when purchasing a new broadband package, users want to know how fast the connection will be. Unfortunately, this has its own little conundrum, which is the megabits versus megabytes problem.

The confusion between megabits and megabytes is widespread among Internet users. That's why we're here to take some guesswork out and help you convert megabits to megabytes.

Let's say you are interested in getting a new internet service. Look at the speeds offered by a package that advertises speeds of "up to 50 Mbps". If you buy this package, how fast do you think your download speed is?


It is easy to assume that "Mbps" means "megabytes per second" and that if you bought this package, you would be able to download files at 50MB per second.

However, take a look at the announcement above. You will notice that it advertises the speed in " Mb ps ”and the speed is“ up to 50 Mb per second ".


Add this to the fact that we write megabytes like “50 MB”.  The lowercase "b" in this example is very important, as it shows that we are not talking about 50 megs byte per second. This internet speed is currently advertised at 50 megs bit per second, which is very different!

The confusing part of megabits and megabytes

This problem occurs most often when dealing with Internet Service Providers. Imagine a company offers speeds of up to 100 Mbps. As we're more used to handling megabytes (for storage), people often assume they will have speeds of 100 megabytes per second. It is not so.

The abbreviation for megabit is Mb and one megabyte would be written as MB. That slight difference in capitalization is what creates confusion, because bits and bytes sound and are written the same, but are different units of measure.

Internet service providers have adapted megabit as a standard for speed measurement. It makes more sense for ISPs to do this considering that the data is sent as single bits at a time. Using this unit of measurement is more accurate and organized.

They might just translate their terms into informal consumer language, but 100Mb will always look more impressive than 12,5MB. The advantage of marketing definitely helps in making more sales.

What is the difference between megabits and megabytes?

Let's simplify this by stating that one byte equals eight bits. This would mean that one megabyte would be eight megabits. Do some math and you will realize that the speed of 100 Mbps is equivalent to 12,5 megabytes per second.


Why use bits? Why not byte?

But why are we using bits in the first place? Wouldn't it be a lot easier if companies advertised their speed as megabytes and stopped all this confusion?

As an explanation, megabits are more favorable from a marketing standpoint (50 Mbps seems more impressive than 6,25 Mbps). However, the more reasonable explanation is that the speed of network communications has always been measured.

Bytes are typically used when we calculate storage and size (500GB hard drive, 10MB files), while bits are used when we are talking about the speed of a connection (50Mbps Internet).

In fact, we've been measuring network activity in bits since the first modems were invented over half a century ago! This was obviously happening at a time when people weren't worried about streaming their favorite TV show on Netflix but were simply concerned about the speed at which one device could communicate with another.


As such, when an internet provider tells you a speed in Mbps, they may simply be using the standard that has been used since the invention of modems.

Now that you know that your 100Mbps internet speed is actually 12,5MB per second, you need to make sure you are keeping your expectations in check. ISPs often advertise these are their maximum speeds, or at least they will mention it in small print.

You may get “up to 100 Mbps,” but congestion, physics, cable distances, data loss, Wi-Fi strength, and other factors will ensure you don't always get those speeds.

Whether you prefer to refer to data as megabits or megabytes, now at least you know what each of them means. The next ISP to deal with you will not be able to fool you!

Also read: 7 things that could make your WiFi slow down

Is it better an on-server or cloud-based management system? ❯

add a comment from Megabit vs megabyte: what's the difference?