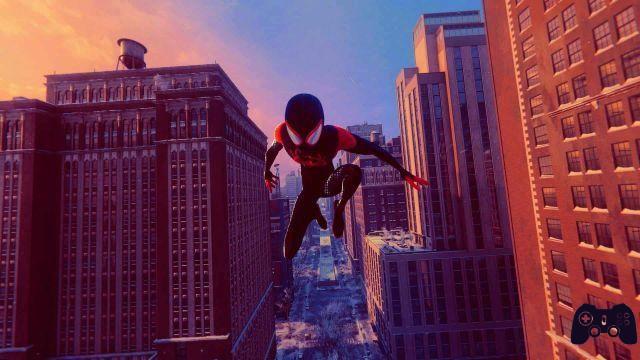 Marvel's Spider-Man: Miles Morales is a stand-alone expansion of Spider-Man PS4 from two years ago, and the review could basically end there.

There isn't much more to say, actually. In front of an expansion it is ridiculous to ask to reinvent the wheel, to solve 100% the old age problems of the base game. Marvel's Spider-Man: Miles Morales is an expansion and does what it's supposed to do: give us more. The fact that it is probably one of the best titles in the lineup launch to understand what PS5 is - even if Astrobot disagrees - it's almost a coincidence. An unwanted side effect, like when a radioactive spider bites you and you wake up knowing how to climb walls.

Miles Morales is one of the best titles to usher in PS5, because PS5 wants to be a PS4 expansion 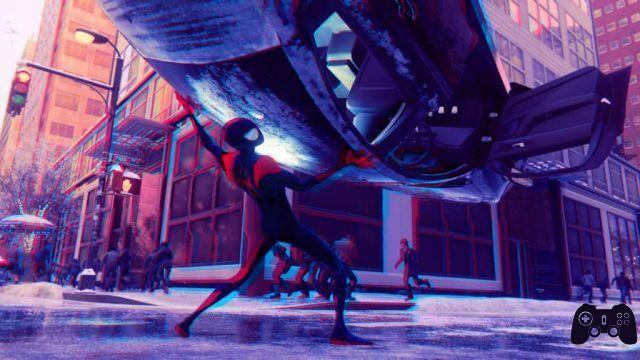 How long does it last? Marvel's Spider-Man: Miles Morales has a campaign that lasts around 7 hours, to which as many extras must be added if you aim for 100%. In line with what an expansion should be.

It is almost meta. You start a generation change with a title that's talking about changes of generation, which has in the narrative premise that Peter Parker will be away from New York for a couple of weeks. Then come back, as PS4 will probably be back in our lives in a couple of weeks, either for the release of Cyberpunk 2077, or to attack that pile of accumulated headlines. Miles must prove that he is capable of replacing the hero who has watched over the city for the past seven years. PS5 is called upon to do the same, to perform on stage where he held a machine capable of giving crazy experiences. It is a handover that does not yet have that final note. A change of generation, in fact.

Miles who has to give us what Peter gave us, remaining Miles. PS5 that has to give us what PS4 gave us, coming out of the shadows bulky of the black monolith. Miles did it. Because if, like two years ago, we ask ourselves who is it What does it mean Spider-Man, the answer is always the same. A superhero who has our own super problems. Miles is going through a lot of changes: the death of his father, the move to Harlem, the realization that relationships and friendships change as he grows up. It happened to us too. Inevitably, you end up slipping into Miles' tights, that guy who reminds you so much of yourself from a few years ago. Maybe even that of now. Does it get easier over time? He asks the old one for the new Spider-Man. In some ways it is, in others it remains difficult in the same way. IS the story of our lives.

Miles is Spider-Man. It is on paper and ink, and it is also behind the screen of your 60 inch 4k 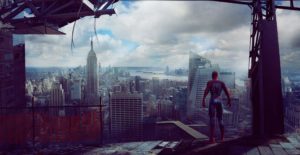 To learn more:
The sense of the tie-in (and its reviews)

And likewise Marvel's Spider-Man: Miles Morales and Marvel's Spider-Man, with strengths and weaknesses that you will find in any review. Even if the defects, this time, are perceived less given its nature as a more compressed product. Less is More. To have fewer side missions allowed to write them better, managing to zoom in on the supporting actors that make Miles, well, Miles. The relationship with Uncle Aaron and his "night job", which caused the same rift between him and Miles' father that the boy fears he is living with Phin. Human moments, which further cement the image of a new Spider-Man who is not that new, is a return to the character's origins.

La difference compared to one more modern open world approach subtraction palpable, and although the crimes and city events are better contextualized, the story remains essentially the same. But Miles Morales is a more agile video game of the basic Spider-Man, with fewer secondary elements inserted for playing time and more in-topic collectibles. Faced with an expansion, Insomniac was not obsessed with timing and content. The 30 hours of the base game were often reached like this, but Miles does not have that weight on his shoulders and it is almost a liberation to play it.

Especially when Miles does Miles and PS5 does PS5

Playing as Miles Morales doesn't just mean having a younger approach or a darker mood to the gaming experience. It means being able to exploit the powers that classic Spider-Man doesn't have, avoid playing as Peter Parker when facing his responsibility. Fewer clips without a mask and fist fights with crime funnier because of the mechanics of the Venom, but above all one more interesting stealth. Miles Morales can become invisible for a certain time, and although each attack performed in this state shortens its duration with this simple graft, the stealth phases definitely improve. It doesn't feel like an Arkham Asylum rip-off anymore, not in such a cheeky way of course. 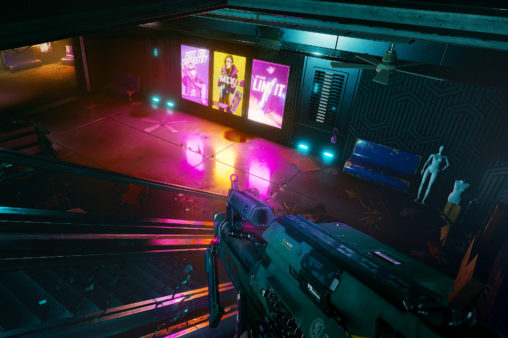 To learn more:
Ray tracing and the importance of light in video games

Miles yes struts differences with Peter and PS5 it does the same thing with PS4. In the trifles, using DualSense - as far as rose water - to make the oscillation between the buildings of New York more immersive. The most precise vibration that conveys the idea of ​​effort, the resistance of the right trigger that simulates the tension of the web. Small things that make the more enjoyable roaming, and considering what the other technological revolution is, it is an added value that should not be underestimated. Marvel's Spider-Man: Miles Morales it doesn't have any kind of loading. The infamous PlayStation SSD has annihilated what was a central concept in video games, and the consequences in terms of experience are astounding. The fast travel from one point to another on the map is instant, there are no more transitions between the map of New York and the sections within the buildings, what in another context we would call dungeons.

In another review of Spider-Man: Miles Morales we would talk about Ray Tracing, thenon-existent pop-up effect and incredible visual horizon of the title. Of the fact that a Muggle could actually mistake the game for a movie, he who does not live video games like us and therefore better perceives the technical gap between the new and the old generation. But the real next-gen is in the absence of uploads, in the continuous user experience, without interruptions that break the immersion. It's the matrix Mark Cerny was talking about last February.

It is the first step towards a video game that does not remind us of being such.
Suspension of disbelief, non-dissonance between technology and narration.

Verdict 8.5 / 10 A 2 week handover. As between PS4 and PS5 Comment Marvel's Spider-Man: Miles Morales is a handover. In more ways than one, because it's not just Peter Parker who learns to trust Miles and leaves his hometown for two weeks, it's the players who get to know PS5 by getting into the tight tights of this new Spider-Man who in many ways is a return to the origins of the old. Because the great thing about Spider-Man was seeing him dealing with our own problems, and Miles is one of us. We have all lost a family member, had to move or simply saw childhood friendships evolve and lose their momentum. It is life, that life that never gives discounts but with which we must learn to live together, to find beauty even in small things precisely because they are small. So what happens with Marvel's Spider-Man: Miles Morales is this: it's cool because it's smaller than the title from two years ago. Pros and cons ✓ More agile than Marvel's Spider-Man
✓ A taste of Next-Gen x The flaws of the base game remain
Do you want to be a video game expert and know all the tricks, guides and reviews for your video games ? Holygamerz.com is a group of video game fanatics who want to inform you about the best tricks, guides and tips. We offer you the best information to be a reference in gaming, so here you can find guides, tricks, secrets and tips so you can enjoy your games to the fullest. Are you ready to get all the achievements of that game that you resist so much? Enter now and enjoy your favorite video game to the fullest!
The Witch and the Hundred Knight Review ❯

Add a comment from Marvel's Spider-Man: Miles Morales review, between expansion and review