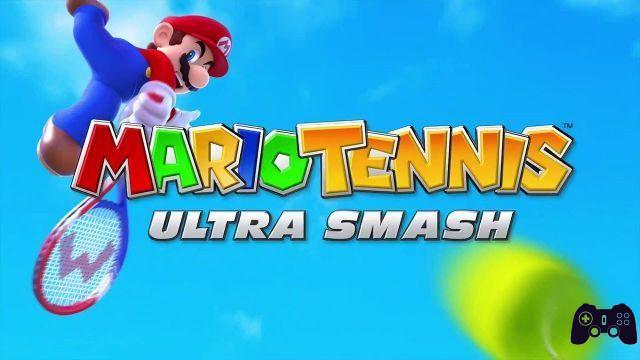 Mario is undoubtedly one of the most versatile characters in video game history. He continually saves the Mushroom Kingdom and his beloved, is an accomplished driver and excels in almost all sports. And it is normal that every Nintendo console cyclically sees in its software the most varied spin-offs dedicated to the mustachioed Italian plumber. Among the various sports titles, perhaps Mario Tennis is the most affordable and attractive for the general public, that unlike a technical and hardly digestible game like golf, manages to be loved immediately at the first impact. Credit for the success of this series is undoubtedly also the painstaking work of Camelot, which over the years has always offered excellent titles (each with its strengths and weaknesses) always treated in every aspect.
To fill the line-up with Wii U of this winter season after postponing two of the most anticipated exclusives from the most hardened nintendaries to next year (obviously we are talking about Zelda e Star Fox) between a boardgame inspired by Animal Crossing and the continuation of Xenoblade Chronicles, we also Mario Tennis: Ultra Smash, available from next November 20th. Waiting for the complete review, which will arrive in the next few days, we will talk to you about the hours spent on the tennis courts in the company of Mario and his friends.

Arrived a little muted and presented during the last one Digital event on the occasion of E3 2015, Mario Tennis: Ultra Smash is a direct evolution (as expected) of the chapter released on Nintendo 3DS. After the renewal of the portable episode that had convinced us, but with ample reserves, Mario Tennis returns with its immediate gameplay and visibly arcade look, basing all its appeal on the simplicity of the controls and the frenzy of the action. Among top spins, slices, flat shots and lobs (i.e. the foundations of tennis) we find the system of enhancements introduced in Open Tennis, the so called Lucky breaks. Very often it will happen to see colored circles appear on the field, directly on the area where the ball will fall. For each color, one of the shots will correspond, which if executed with the right timing will allow you to perform an enhanced shot capable of displacing the opponent or stuning him making it difficult to respond.
To these are added the new ones Ultra Smash, that depending on how the ball will be served (to us or to the opponent, as the case may be) we will be able to unleash a very powerful shot, often difficult to intercept, which will guarantee a guaranteed point if well placed. Also Jumping strokes they broaden our actions on the pitch, allowing us to hit the ball in flight, producing wider and more difficult bounces to catch.

In the main mode, the Mega-challenge, we will also be able to exploit all the advantages (and disadvantages) of Megafungo. Launched by Toad on the sidelines at more or less regular intervals, once collected it will transform our tennis player into a giant. The increase in size will immediately bring palpable benefits, such as greater strength, larger casts and an increase in agility. Taking advantage of the Mega Mushroom will be the key to winning victory, both with enemies managed by the CPU, which at the highest difficulty levels will give us a hard time, and against human players in multiplayer.

Mario Tennis: Ultra Smash, among the various game options proposed (in a rather limited way compared to the past) shows a marked propensity for group play, bringing out the best of himself with friends. Given the immediacy of the gameplay, Mario Tennis lends itself to being a good title to pull off in the evenings in company: up to 4 players can take part in frantic doubles matches and put a strain on interpersonal relationships. The versatility of the controllers supported by Wii U allows us to use both the GamePad, That the Wii remote control (used horizontally) or the Pro Controller, perhaps combined with the most comfortable Classic Controller Pro. Especially in 1vs1 the Gamepad turns out to be well exploited, showing the game of the first player on the screen of the pad, while the opponent will be able to focus his attention on the TV, where it will be shown in the foreground, with a more comfortable and less confusing solution than classic visual.


The multiplayer then also boasts the ability to challenge opponents all over the world, through the online (even if in a completely countertrend with respect to the renewed policies of Nintendo), we will only be able to compete in matches matched in a completely random way, without being able to choose. to play with your friends. Interesting instead the use of amiibo (among those supported) in Mario Tennis that can be trained in the mode Climbing of Champions (a sort of match survival) to then be hired as a partner in online Doubles competitions.

In the kingdom of the Mushrooms, you fight hard

Also technically Mario Tennis: Ultra Smash follows the line of the latest Nintendo productions, with a title that can be classified as “rock solid”, with a granite frame rate that in the course of our tests has never given any sign of abating. Fast, colorful and with different effects on the screen, the Nintendo characters move on the screen showing off well-finished animations and a good level of detail, sinning only in the creation of the only stadium present, the scene of our games that in the long run could tire, despite the customization of the terrain, which will not have a simple aesthetic function but will give the ball different bounces: from the most classic such as concrete, grass or synthetic to the most particular (and in some cases scenic) Ice Field, where the tennis players will slide or the Metamorphic field, which will change appearance with each successful stroke of luck.


Comment Our test with Mario Tennis: Ultra Smash partially convinced us. On the one hand we have a solid title in terms of gameplay, simple, intuitive and highly entertaining like all the titles dedicated to Super Mario and strongly devoted to evenings with friends; on the other we are faced with an "essential" game, limited in game modes and with some choices, such as that of online only possible with unknown people. For the moment we stop here, keep following us to know the final verdict on Mario Tennis: Ultra Smash, which will arrive in the next few days, on the pages of Holygamerz Pros and Cons ✓ Great "party game" nature
✓ Amiibo well implemented
✓ Shamelessly arcade gameplay x Few game modes
x Limited online
x Questionable design choices

Do you want to be a video game expert and know all the tricks, guides and reviews for your video games ? Holygamerz.com is a group of video game fanatics who want to inform you about the best tricks, guides and tips. We offer you the best information to be a reference in gaming, so here you can find guides, tricks, secrets and tips so you can enjoy your games to the fullest. Are you ready to get all the achievements of that game that you resist so much? Enter now and enjoy your favorite video game to the fullest!
Eagle Flight Review ❯