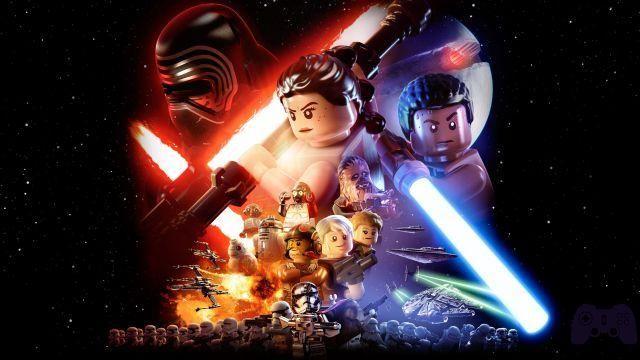 Ten years ago TTGames decided to launch a line of LEGO-themed video games dedicated to the most famous brands of cinema and entertainment: in that now distant 2006, the first saga to be targeted by brick humor was Star Wars, after the release to the cinema of Episode III marked the beginning of a wave of more or less successful titles, which went to embrace DC heroes, Marvel ones, films like The Lord of the Rings or Jurassic Park. With the release in theaters last December of Episode VII and the consequent Star Wars fever unleashed for the occasion, it was reasonable to expect a new LEGO title dedicated to the stellar epic par excellence. LEGO Star Wars: The Force Awakens is available from June 28th on PlayStation 4, PlayStation 3, PlayStation Vita, Xbox 360, Xbox One, Wii U, 3DS and PC: after completing the brick adventures of Rey and Finn we are ready to express our opinion.

A long time ago in a Far Far Away Galaxy

LEGO Star Wars: The Force Awakens starts from the finale of Return of the Jedi, in a prologue on Endor that serves as a tutorial for players and introduces them not only to the world of bricks, but also to the new game mechanics of this chapter (which we will analyze in the next paragraph). Over the course of the next ten chapters, the player will relive all the moments of the film from Jakku's assault to the battle on the Starkiller, obviously enriched by the humor of the bricks that they will not lose.

opportunity to dampen the tension of certain scenes. Having to focus on just one film, TTGames sought to expand the gaming experience providing extra levels (eight including the prologue and the epilogue) that narrate secondary events, such as a mission that sees Captain Phasma and FN-2199 engaged in the search for the Resistance base or Han Solo hunting for Rathtar going to lengthen the longevity of the story mode, and giving more than a few goodies to Star Wars fans.
And it is precisely to them that it mainly aims LEGO Star Wars: The Force Awakens, with many winks (almost like those made by JJ Abrams in the film) to all the chapters of the saga, not only in the collectibles but also in the dialogues between the protagonists.

As per the LEGO tradition, the game does not end once the story is over, but continues in the free mode and in the open world phases in search of the numerous collectibles including obviously the 250 golden blocks obtainable with the objectives of the story through the divided challenges. for

category (First Order, Resistance, Bounty Hunters, Translators and Scrap Search), races with spaceships, simply using the skills of the characters or collecting the characters of the classic series encased in carbonite plates (35 of the 213 heroes present) . Unfortunately, despite varying from the past, the secondary missions are again too many, and in the long run they end up boring and repetitive. TTGames also preferred to unlock the free choice of the character in the game hubs only once the story mode is finished, thus favoring the flow of the plot, as well as having reintroduced the speed selection wheel, in favor of the chaotic grid revised in LEGO Marvel's Avengers.
Like any LEGO title, the actual longevity (if you resist the boredom of side missions) to complete the title completely by collecting every extra is around twenty hours. 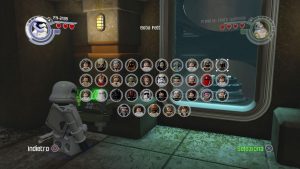 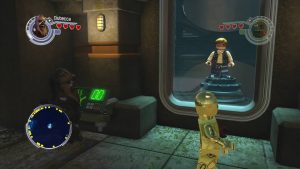 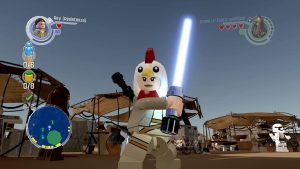 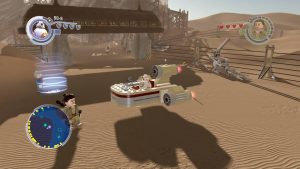 Aren't you too short to be a stormtrooper?

LEGO Star Wars: The Force Awakens also introduces new mechanics never before seen in TTgames titles, which try to vary the gameplay that has been proven for ten years and add a couple of very interesting goodies. Going in order, to the skills of the heroes already seen in the past such as Strength, agility, the use of the Lightsaber or the Grapple is added the possibility of commanding three other characters and using them to remove obstacles or to attach to crates too. heavy. The normal constructions with a circle are also modified which on more than one occasion will become multi-constructions: using the left analog you can see which structure is available and create it accordingly, and then destroy it simply by hitting it and replace it with another. The Multi-construction practically renews all the environmental puzzles of the game favoring a considerable variety compared to the past of the series, which is further refreshed by special sections with the Blaster that transform the LEGO game from a platform to a very simple but still fun TPS. On the other hand, the couple attacks seen in the title dedicated to the Avengers last February were absent, here replaced only by the exclusive special attack of each character (or category). Gameplay changes work, refreshing mechanics now all too similar between one chapter and another, but not yet giving the impact of radical change to the brand (as happened with the addition of the voices at the time of LEGO Batman 2). 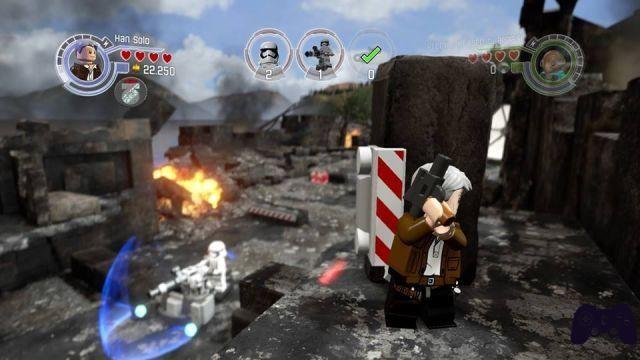 The mechanics of the means of transport are also on the right track, although they still tend to slip more than they should in the open world phases, the air battles are well thought out in huge circular areas freely explorable with your own spaceship. Unfortunately, even these "Dogfights" between the Tie Fighter, Millenium Falcon and X-wing are fun in the first hours of the game or during the plot of The Awakening of the Force, while they are abused too much during the post-game (in the First Order and Resistance missions ) coming to bore also due to the scarcity of settings (Starkiller, Takodana, Jakku and a city in the sky similar to Bespin).

I have a very bad feeling

Visually LEGO Star Wars: The Force Awakens is among the best titles of TTGames thanks to a greater cleaning of the bricks and a lighting system that definitely does its duty on PlayStation 4. We did not encounter frame rate drops even in the most situations. crowded but there have been a couple of bugs that have plagued LEGO productions including the character for ten years

unable to move and the disappearance of text lines in the mission, which forced us to restart the title. On the sound instead we have the strong point of the production, which not only can count on the original music of John Williams but relies both in the original and in the Spanish dubbing on the voices of the actors (and dubbers), including Harrison Ford / Michele Gammino. This is an additional treat for fans of the saga, who in addition to having the scenes of the film replayed with LEGO humor can enjoy the dialogues between the protagonists during the gameplay. As per tradition, the title is completely in Spanish and suitable for players of any age.

Verdict 8/10 The Force is calling you ... Answer the phone that has been ringing for two hours! Comment LEGO Star Wars: The Awakening of the Force is definitely a successful chapter of the brand, between confirmations and new mechanics (among which the battles with blasters and multi-constructions stand out) lets you play while having fun carefree fans of the saga. Thanks to these additions TTgames has managed to give the series a breath of fresh air after ten years of more or less similar mechanics, surprising us positively by enriching everything with goodies and class shots dedicated only to fans of the brand. the team continues on this path by continuing to renew itself without ever losing sight of where it all started. Pros and cons ✓ Great for fans of the Saga
✓ Original dub of the film
✓ New mechanics well implemented x Long-term repetitive side missions
x A few bugs whatsoever

Do you want to be a video game expert and know all the tricks, guides and reviews for your video games ? Holygamerz.com is a group of video game fanatics who want to inform you about the best tricks, guides and tips. We offer you the best information to be a reference in gaming, so here you can find guides, tricks, secrets and tips so you can enjoy your games to the fullest. Are you ready to get all the achievements of that game that you resist so much? Enter now and enjoy your favorite video game to the fullest!
News + Music and video games, harmony between screen and stage ❯