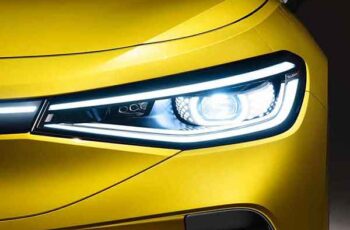 When it comes to cars, lighting obviously matters. The motorist must be aware of how fundamental the choice of headlights is, not only for an aesthetic or wallet factor, but also and above all for their own safety and that of passengers.


Among the types of car lighting, LED headlights are having great success, so much so that car manufacturers now insert LED bulbs by default in the headlights of the cars on the market.

This is a new type of lighting (considering the old halogen and incandescent) of which, however, it is necessary to know both the pros and the cons before deciding to replace them with traditional bulbs. In this we are going to get to know more about LED headlights for cars, what are the advantages and if there are also disadvantages.

What are LED headlights?

Before analyzing the advantages and disadvantages, let's try to understand what LED headlights are and how they are built. Unlike normal traditional car headlights, they are not real bulbs, but a compact group of diodes that emit light (it is no coincidence that LED is the acronym of Light Emitting Diod).


LEDs are elements capable of emitting spontaneous light when they are crossed by a certain electric current, usually a very small current is enough to obtain a wide beam of light.

If you are wondering how the light emitting diodes are composed, well they have a chip inside. On the outside, however, they have two filaments, one representing the positive pole, the other the negative pole. The negative is connected to a low voltage power source.

It is a rather simple operating mechanism, which is used very easily, and which turns out to be perfect in the automotive sector both for the headlights and for the position lights, the rear lights, the interior lights of the passenger compartment, and the light of the license plate. The LED lights are also used for the high and low beams and in this case they take the name of full LED.

Keep in mind, however, that each LED stands out from the others, for the intense beam of light capable of emitting, for the power and consequently also for the cost. The most common models used by most cars are the h7 LED and h4 LED bulbs.

The advantages of LED headlights

Let's now see what are the advantages of LED headlights. Surely there will be a reason why even the most important car manufacturers are progressively converting from traditional headlights to LED ones. And the reasons are as follows:

The disadvantages of LED headlights

Although the disadvantages are few compared to the advantages, they must still be considered before buying:


We can conclude by saying that LED headlights are destined to become the present for car manufacturers who are increasingly intent on replacing halogen and xenon bulbs with LED technology. And while the cost may be higher, the fact that they last much longer will make up for the initial expense.

Electronic invoice: how it works with the online shop ❯

add a comment from LED headlights for cars: advantages and disadvantages