LABO special and the importance of Nintendo's Real Virtuality

We are Nintendo. We challenge all the players: you can't beat!

This slogan accompanied the terrifying Australian NES commercial. One thing is certain: Nintendo's philosophy has changed over the course of thirty years. It has allowed itself to be bypassed on the graphic front, falling behind by a generation; he participated with little interest in the online race, providing spartan services. Now, in a world that pushes the accelerator on Virtual Reality, the opposite concept of Real Virtuality. That he has exceeded the very concept of overcoming, to use the words of a certain "Puzzle Bubble dragon"? The fact is that if I had the burden of inventing a slogan for the current Nintendo, I think it would be:

“We are Nintendo. We challenge all competition: you can't provide".

On the other hand we are talking about the geniuses who have placed the two screens, moreover touch, on the successor of the “canonical” Game Boy Advance; we are talking about the creators of the remote control that has shaken the world with a certain vehemence, making its way even into the most inhospitable places for a video game (see: hospices).

Just as we were getting used to the modular nature of the latest amazing creation, they introduced a new twist whose true significance, from various points of view, is difficult to determine.

But first, what are we talking about?

What does "Real Virtuality" mean?

What is Real Virtuality?

Nintendo's teaser announcement spoke loud and clear - they would be unveiling one shortly new interactive experience. Perfect choice of words: experience is something we experience through our five senses. RIGHT aims to do exactly this, to broaden our involvement in the video game, landing on the beaches of touch, beyond the audiovisual combination, a gesture that not even the very advanced Virtual Reality wanted to attempt. Reasoning on this fact, we at Holygamerz coined the term Real Virtuality: instead of sending us inside a video game, Nintendo brings the video game to our world. Our five senses are not enough to accomplish such a feat, but fortunately Switch has its own collection, and is ready to make them all available. 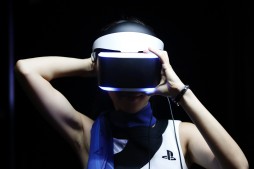 But in what sense, the "five senses"?

Have you ever wondered why Joy-Cons cost an arm and a leg? It is because within them they truly contain a little eye, which observes the infrared world in search of movement, making the mini-piano shown in the trailer possible. Not only that: for example, the giroscope ed accelerometer they are the key to the fishing rod, the steering wheel and the robot; while the touch screen allows you to maneuver the robot, which in turn uses the HD vibration. 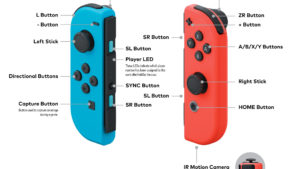 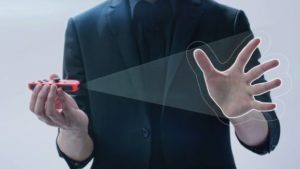 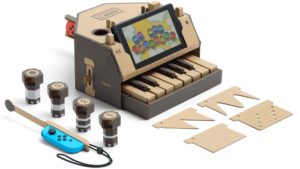 So, kudos to Nintendo. Both for the idea and for the courage to make it happen. Sure, problems could arise (inaccuracy of the sensors, fragility of the materials), but you see, it is not these things that I want to write.

I believe the meaning of Real Virtuality go further.

Real virtuality is the pleasure of matter

The question, after all, is this: we live in an age where children are used to a frenetic consumerism, to use and throw dozens of mobile apps every day (maybe even throwing a penny in for microtransactions). In the midst of this inhuman operation of sterilizing the fun, Nintendo throws up an idea simple. Funny that she is the one to do it, she who in the 90s was unfairly seen as the symbol of "rincitrullimento". Yet it is she who proposes to report the pleasure of matter, the sense of uniqueness in imperfection, the sound of the felt-tip pen caressing the cardboard; things no 4K screen can do.

Will I buy these kits? No.

Or at least not everybody.

They are not made for me, I am not a child or a parent with a child. But hell, I defy any parent with a minimum of heart to ignore ideas like this, to miss the opportunity to create something with your child, thus leaving him at the mercy of a cold App Store.

Do you want to be a video game expert and know all the tricks, guides and reviews for your video games ? Holygamerz.com is a group of video game fanatics who want to inform you about the best tricks, guides and tips. We offer you the best information to be a reference in gaming, so here you can find guides, tricks, secrets and tips so you can enjoy your games to the fullest. Are you ready to get all the achievements of that game that you resist so much? Enter now and enjoy your favorite video game to the fullest!
News Nioh: patch 1.06 available, New Missions added ❯

Special 1-2 Switch vs Nintendoland vs Wii Sports: The importance of the bundle at launch