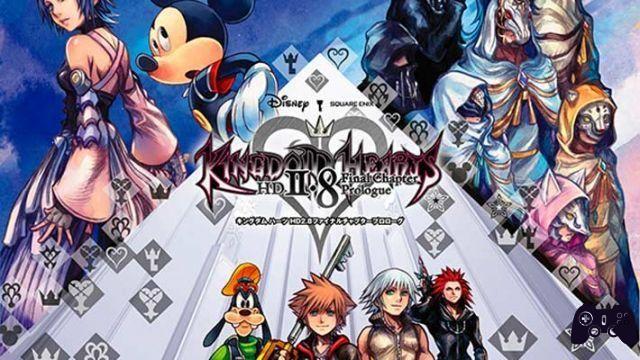 Defined by many players as the cash cow of Square Enix, the Kingdom Hearts series celebrates its first fifteen years of life with two collections for PlayStation 4. If for the more full-bodied one containing six chapters of the lucky brand created by Nomura it will be necessary to wait for the next March 31st, players who are even with all episodes since January 24th can get their hands on Kingdom Hearts HD 2.8: Final Chapter Prologue, which in addition to a very long title, offers the remastered version of Dream Drop Distance, a CGI medium-length film that serves as a prequel to Kingdom Hearts Unchained, and Birth By Sleep 0.2 A Fragmentary Passage, unpublished story of Aqua, Keyblade master protagonist of Birth by Sleep. Notwithstanding that for those approaching the series in 2017 it would have been more convenient to release the collection out in March first, let's find out together if Kingdom Hearts 2.8 deserves the purchase.

Fall back in HD

The main course of Kingdom Hearts HD 2.8 is definitely Dream Drop Distance HD, which abandons the exclusive shores of Nintendo 3DS to show itself in a new graphics that enjoys a constant 60 fps. Not only that, the chapter that acts as a link between the second numbered episode and the third one benefits from the much-coveted Spanish translation absent in the portable version, which led many players to ignore (and stupidly boycott) the chapter although it was necessary to understand the plot of the series. . The game is practically the same in the contents and obviously in the events told, so having already analyzed it at the time we will not focus on those aspects, but on the main differences in the controls and in the visual rendering of the remastering work carried out by the Nomura team.

The gameplay of Dream Drop Distance HD remains, even in this new version, among the best exponents of the series, thanks to the rapidity of the attacks and the interaction with the environment. The title obviously gains from the use of the second analog for camera management (partially buffered at the time with the release of the Circle Pad Pro) and, similarly to what happened for Birth By Sleep within the 2.5 collection, he gains not only in comfort but also in enjoyment of environments and fights. The Dream Eaters, traveling companions of Sora and Riku in this chapter, after the first hours they manage to replace the Disney characters of the main chapters very well, also thanks to the variety of skills and the possibility of giving the two aspiring Keyblade masters new unique moves to use in combat. On the gameplay side, the only exception on which Dream Drop Distance HD shows the side compared to the portable counterpart is in the minigames that used the 3DS touchscreen, here replaced by the left analog stick and the reduced size of the DualShock 4 touchpad. Especially in the care of Divorasogni, a different solution would have been appreciated that would not be heavy to deal with. Visually as already mentioned, Dream Drop Distance earns it in all respects: from movies to game worlds, well represented but which on balance are empty due to the portable nature of the title. Being able to benefit from the 60 fps the already fast gameplay of the game is even more fluid, allowing engaging and fun battles. 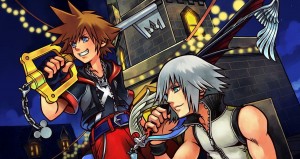 As in the previous collections, Kingdom Hearts 2.8 also contains a CGI animated medium-length film. If in 1.5 and 2.5, however, we were only faced with the films of the remastered Nintendo DS chapters for the passage on PlayStation 3, with Back Cover the Nomura team tells a new story that gives more depth to the plot told last year in Kingdom Hearts Unchained . In the approximately 80 minutes of film, you will learn about the five guild leaders present in the mobile game (as well as a practical summary in the opening titles of all the events of the app) and you will learn about the presence of a traitor and the events that will bring to the Keyblade War. Back Cover is a nice addition that gives some more plot cues to the already overly expanded Kingdom Hearts universe, leaving, once you get to the end credits, more questions than the answers provided. Leaving aside the story, however, what remains is a good CGI film, thanks also to the use of the Back Cover game engine it manages not to estrange the player too much from the universe of Sora and company, although it does not require any playful effort. . An extra that adds to the three PlayStation 4 themes available once the three sections of the collection have been completed.

Kingdom Hearts 2.8 is distinguished from previous collections by the presence of Birth By Sleep 0.2 A Fragmentary Passage, about four hours of unpublished gameplay that resume the events from the scene after the credits of Dream Drop Distance, and then go back in time to Kingdom Hearts, and finally return to the present again. As Aqua you will explore the dark world, until you re-meet an old friend and discover more details about the kingdom of hearts and the door to darkness. This handful of hours, although replayable and full of secondary activities (such as an internal objective list and a secret boss rush mode) is in effect a Kingdom Hearts 3 tech demo, designed to show how Birth By Sleep gameplay (the fighting styles) has merged with the speed of the actions of Dream Drop Distance, introducing for the first time the states altered through magic, thus making them really useful and not just an extra attack in the hands of the protagonists. The Nomura team drags the player to four different locations, all linked to Aqua's past and all corrupted by darkness, there is also the possibility to customize our Keyblade Master with different accessories (only ornamental), obtainable by completing the aforementioned internal goals. The classic action rpg gameplay of the series uses once again the lists of commands, but obviously also proposes the mechanics introduced in Birth By Sleep as the Shooting Star (the enchanted bullets usable with R1) and obviously the fighting styles, interchangeable both from the appropriate menu and using the technical specifications.


Unfortunately, although the experience is intense, it does not last long, and the plot advances slightly only once the playful side has ended, going to turn up one's nose in case you paid full price only for this chapter. Technically, the work is flawless (except for a few frame drops in two decidedly chaotic boss battles) and Aqua itself is more beautiful than ever thanks to theU. The soundtrack also borders on the usual quality of the series, with yet another new version of Simple and Clean, and a couple of remixes placed right to turn the nostalgic switch of the fan of the series. Also A Fragmentary Passage it is dubbed in English but fully translated into Spanish in the menus and texts. 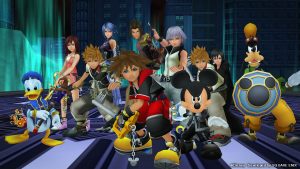 As we said at the beginning, it would have been smarter for Square Enix to release earlier Kingdom Hearts 1.5 + 2.5 , to be released next March, and then present 2.8, to give the opportunity to those who have never approached the brand or have lost some secondary chapter along the way to have a complete experience without fear of arriving unprepared in a story which has been going on for fifteen years now. The vain hope is that these last two collections are really the last steps towards that finale of the Sora saga, which we have been waiting for too long.

Verdict 8/10 When is 2.9 expected? Comment Kingdom Hearts HD 2.8 Final Chapter Prologue is a great buy for those who have never played Dream Drop Distance (or can't wait to replay it) and we would like to raise the rating opposite by half. The collection, on the other hand, is a substantial investment for those who would like some new adventure from the Nomura series. On balance for the latter, the title can be stored in about 5 hours (excluding completists) which, while offering a valid experience, poses an expense of € 60 in a period full of new releases. In this case, it is therefore up to you to understand if you are willing to enjoy this short but intense pre-Kingdom Hearts 3 experience. Pros and Cons ✓ Excellent visual and sound proof
✓ The best version of DDD on the market
✓ 0,2 is a great taste of Kingdom Hearts 3 ... x ... albeit far too short
x Minigames that used poorly adapted touch screens
x Excessive price for those who have played DDD on 3DS
Do you want to be a video game expert and know all the tricks, guides and reviews for your video games ? Holygamerz.com is a group of video game fanatics who want to inform you about the best tricks, guides and tips. We offer you the best information to be a reference in gaming, so here you can find guides, tricks, secrets and tips so you can enjoy your games to the fullest. Are you ready to get all the achievements of that game that you resist so much? Enter now and enjoy your favorite video game to the fullest!
News A video shows the amiibo that can be used with Monster Hunter Stories ❯