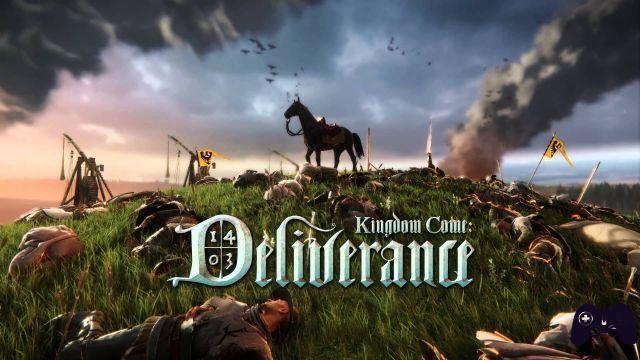 Warhorse Studios made it. Warhorse studios struggled for 4 years to prove to everyone that they are capable of developing Kindom Come: Deliverance just the way it promised to do it.

Many of you will surely have jumped seeing the cover image or simply reading the title of the game, and have exclaimed "but where have I seen this before?". Well we tell you where you have already seen it: almost 4 years ago on Kickstarter.

Kingdom Come: Deliverance was proposed in January 2014 on the crowfunding platform asking the public for a loan of £ 300.000 for a project that, especially at the time, seemed to aim too high, impossible at that figure and with only 30 people at work. A huge game world was promised, a revolutionary combat system, a role-playing game in the truest sense of the word, and many other small details that dug the pit for the small team of semi-professionals who had just slipped into something much bigger than them.

The public, however, wanted to believe it, and did it big time by donating £ 1.100.000, more than three times the amount requested by the developers!

Almost 4 years after the event, we are happy to see that Kingdom Come: Deliverance has not escaped to some tropical island with all the swag, but has instead emerged victorious from that long dark tunnel that is Kickstarter and that for many seems to never end. .

We at Holygamerz have had the honor of playing the game in preview by discussing face to face with Tobias Stolz-Zwilling, PR of Warhorse Studios, and we admit we were very excited for the event behind closed doors, because after all we believed it too 4 years ago. Waiting for the release of Kingdom Come: Deliverance scheduled for February 13, 2018 for PC, PS4 and Xbox One, discover our first impressions.

Nothing more true, but it must be specified because what Warhorse Studios fears most is to disappoint its buyers. So stay away if you've seen the trailers and were only impressed by the particular combat system, Kingdom Come: Deliverance isn't Chivarly, it's not For Honor, and it's not Mount and Blade. Give up playing it even if you think you can impersonate the hero of the moment who does not fear rivals, Kingdom Come: Deliverance isn't The Witcher, and it's not Skyrim.

So if you are willing to accept all this, you could probably look for what RPG purists have been looking for for years: a true medieval experience, real and precise, free of magic and dragons, but full of wars and political intrigues.

Warhorse Studios has made combat a means of propaganda, but it's still not the main feature of the game. The story and the narrative are the protagonists, and these are the two things that are likely to win over the player. Long (and beautiful) cutscenes are the order of the day and intricate dialogues guide us towards solving the quests. It is important to understand who to talk to, what to say and what NOT to say. The sword is only one way of completing missions, but it is never the only one.

The story is set in Bohemia (Czech Republic) in 1403 and takes us into the role of the “immature” son of the blacksmith whose parents are murdered during an assault by some bandits. This event obviously leads to a strong desire for revenge and a great remorse for not having effectively defended the family. The narration guides us towards the killers, passing through royal courts and battlefields, but always keeping in mind the commoner nature of the protagonist who will therefore in no way be able to reach high offices or aspire to particular acts of heroism..

We conclude this paragraph with the words of Tobias: "If you don't like the story, then you probably won't like the game either ". 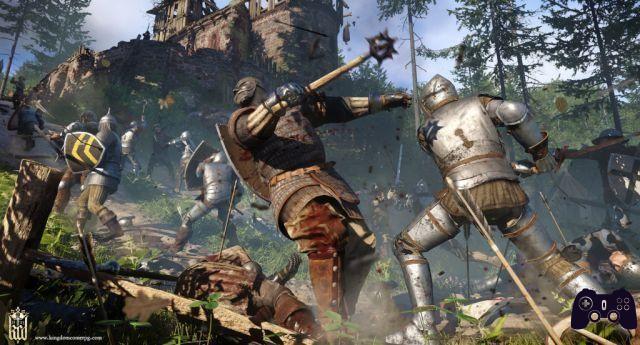 After declaring the non-centrality of the fight, do we dedicate a whole paragraph to it? Yes, because despite all the premises made it still remains an important aspect of the game, without which Kingdom Come: Deliverance would lose its identity.

Easier to show than to explain, the combat system has the appearance of being particularly cumbersome, but the pad in the hand (or keyboard) is intuitive and very natural. Once the enemy has been locked, it is possible to carry out an attack by directing the blow according to the 5 points of a star on the chest of our opponent. In this way you can hit the head, shoulders and legs of the enemy, as well as perform a lunge with a second key different from that of the attack. You can do combos while maintaining a certain rhythm in the shots and you can feint by changing the direction at the last minute. The saves are performed automatically with the push of a button, therefore without requiring the player to guess the direction of the opponent's blow, but consuming the stamina. With a little skill and timing you can counterattack by parrying or dodging sideways at the right moment. Keeping your stamina under control is essential to avoid being helpless under the blows of enemy weapons.

The best aspect of the combat system is its balance: every tactical choice in equipment, weapons and talents has its positive side and its negative side. For example, you may prefer full armor to better resist blows and to remain calm even on the front line, but wearing a heavy helmet means to greatly limit the field of vision, giving us the feeling of fighting with a colander in front of the eyes. You can therefore choose to enter the battlefield with your face uncovered, however, risking that a single arrow well placed in the middle of the forehead can knock us out in one fell swoop. The same bow, which at first glance may seem like a deadly weapon, is actually particularly difficult because it has no sights and is unpredictable.

On balance the combat system is as close as possible from a video game to reality, performing very well in one-on-one duels, but losing a bit of effectiveness in battles between squadrons as they are much more frenetic and confusing.

Quoting Tobias again during the interview about the combat system: “easy to learn, hard to master”, easy to learn but difficult to perfect. You can safely end the game without worrying at all about the direction of our shots and focusing solely on the automatic parry, or you can work to counter each opponent as best we can, dodging and hitting him where it hurts the most. 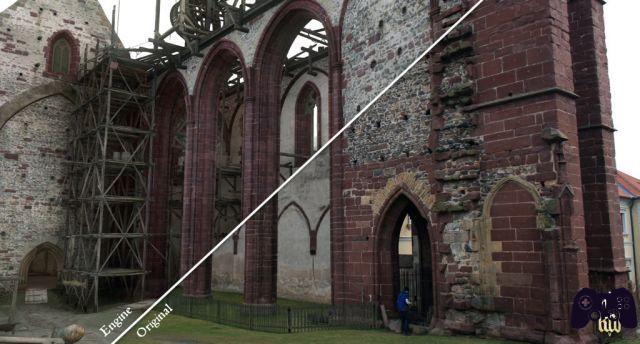 Kingdom Come: Deliverance is immense, we had 3 hours to try it and the feeling is that we have not deepened anything. The level of detail is impressive and there is great care in every aspect with a truly incredible result for a medium-small team that started with about thirty people and only now has just over 100. 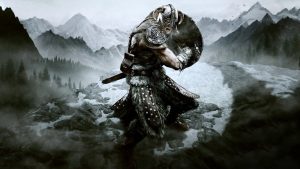 The characterization of the character is obviously flawless and great pride of the game, with a wide range of talents full of pros and cons and a level up system similar to that of Skyrim, so the skill you use most often is the one that actually level up. Even the animations are varied and very popular, there are created ad hoc to climb over fences or to go up and down the stairs with a walking pace different from the normal one.

The characterization is not limited to statistics only, but also influences the behavior that the protagonist must assume in certain situations. We were shown an example in which the player has to work hard to be accepted by the community of monks of the town, and to do this it is necessary to follow the daily habits of the religious to the letter, such as getting up at dawn, eating at a certain time and dressing. in a certain way.

In addition to a particular care in the gameplay, Kingdom Come: Deliverance also proves to be historically accurate, showing the exact face of medieval Europe. Every NPC with a name is really lived in the time, the same goes for historical events, for the settings and for the architecture. Everything you see in the game is as faithful a representation as 1403 of Bohemia. The image you see above at the beginning of the paragraph is a clear example of how a truly existing monastery has been brought back into play. This particular building was still under construction at the time the gameplay took place, so during our adventure it is possible to see the scaffolding and the inhabitants at work.

Obviously all this well-spoken comes from the context. We are facing a title with huge ambitions that came out of Kickstarter, and it is therefore normal to judge it with a wider sleeve than usual.. So don't expect a typical triple A performance because you would be disappointed. If you wanted this game from seeing the Kickstarter campaign years ago, you will surely enjoy playing it even more. The title fully respects the promises made 4 years ago, but despite the great commitment it is not without imperfections: during our "short" test we still found some dropped frames and bugs that forced us to reload a save. Certainly annoying, but definitely forgettable if you keep in mind the team behind the development.

Kingdom Come: Deliverance - Special Edition, PlayStation 4
On amazon: 24,23 € buy Comment Did you get a bad mark in history because you were studying playing Assassin's Creed? This is because you have the wrong game, the right one is Kindom Come: Deliverance, RPG with capital G, D, and R. Pure old-fashioned RPG with innovative and challenging combat mechanics that, however, only surround a thick narrative that becomes the real protagonist of the game. The gameplay is slow, but in the good sense of the word. To fully enjoy it you need to immerse yourself in the setting and in the story, putting yourself in the shoes of the protagonist, son of the blacksmith, who as such will never play the role of the great hero typical of the most common RPGs. All in all a noteworthy Kickstarter campaign that does what it promised years ago. We are therefore happy to see the completion of a work with impossible premises, but apparently worthy of Warhorse Studios. We can't wait to get our hands on the full game in a few months, hoping to conclude with a similar review. Pros and cons ✓ High-level dialogue and cinematics
✓ Innovative and successful combat
✓ The GDR that was missing
✓ Texts in Spanish
✓ Orchestral soundtrack x Chaotic squadron battles (deliberately?)
x Technical imperfections such as bugs and frame drops
Kingdom Hearts RE: Coded review ❯