There is no doubt that the key factor behind the success of the various remastered / remakes is the nostalgia effect that certain games are able to arouse.

Pokemon for example, can only make my mind flow to the first Gameboy Color received as a gift with an attached Blue version cartridge, the choice of the first starter (a psychologist could trace all my current problems back to having preferred Bulbasaur), the evenings in car in the back seats in search of a light source in the pre-backlit era of the screens and the intervals spent at school trying to catch them all ®.

Thinking about hide and seek, probably more than one person will be able to remember some years of life lived between a "who is there" and a "lair free all".

Intruders: Hide and Seek, game published by the Spanish team of Tessera Studios for Playstation 4, is a first-person stealth game can also be addressed in Vr mode, which rests the foundations of its gameplay precisely on a revival of this game.

The game stars Ben, a little boy about to spend a peaceful weekend with his family in their home outside the city, but as the most classics teach Hollywood thriller / horror movie (and those who have seen the film Panic Room will notice more than one similarity between the two works), moving to a villa in an isolated area rarely leads to pleasant implications for the protagonists.

It is therefore difficult to be surprised when during the first night of their stay, 3 individuals break into their home, imprisoning Ben's parents and therefore leaving the boy the task of save your family. 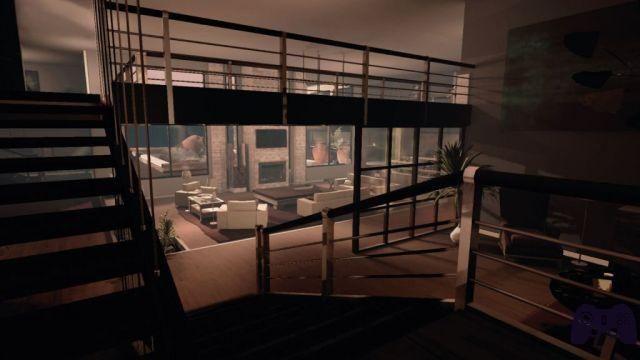 The villa of the game will be the area where you will spend almost the entire adventure. Basically a (very) miniature version of Villa Spencer.

The story, told through the speeches of the characters, emails or newspaper clippings, unfortunately turns out to be the only element that pushes the player to continue in the game, as the mechanics of the gameplay turn out to be very meager, and with objectives that can be traced back to the scheme “Starting from room A, avoiding intruders and reaching room B“.

Furthermore, you will not be able to rely on weapons, objects with which to distract enemies or particular skills, and interactivity with external elements remains limited to opening / closing doors and collecting keys and objects related to missions.

The only way to avoid the game over is therefore to take advantage of the dark areas that abound inside the villa move avoiding being seen.

Despite the basic nature of the game mechanics, it can be said that the developers have also partially failed in trying to translate their ideas about stealth phases of the game.

In fact, despite the Spanish team taking care to fill the house with hiding places to take refuge, such as wardrobes or closets, on balance the most effective solution to advance in the game is simply to use corridors and unattended rooms. 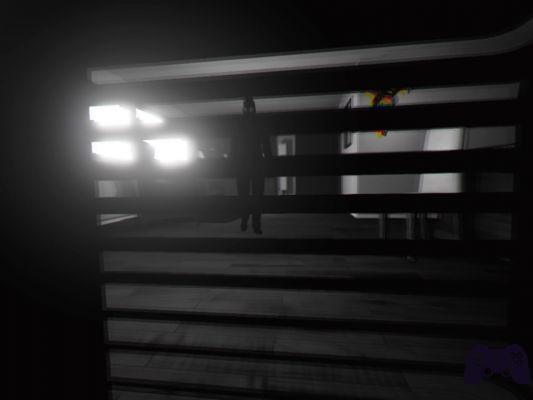 Hard to think that this was the intention of the developers.

In the short initial tutorial, for example, a mechanic was introduced that would have allowed us to remain hidden without our character being hit by a panic attack thus making himself discover: it is a pity, however, that for the duration of our game this mechanic has not appeared anymore , due to the rare times we hid inside some hiding place, which suggests that the developers had in mind a different type of approach to the stealth phases, more related to hiding rather than circumventing opponents.

Unfortunately, the time saved by avoiding delving into the gameplay was not spent in favor of the technical sector of the game. Moving on to the technical department, despite the title being tested on Playstation Pro, barely enough graphics are offered in classic mode and insufficient when using the PlayStation VR, mainly due to aliasing problems that tend to create a jittery effect on objects when making short movements. 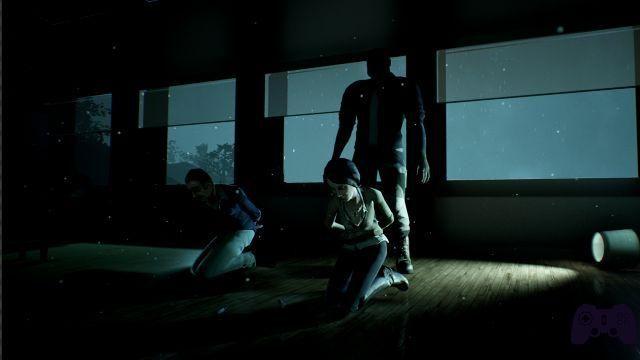 Plot, which as we said on balance turns out to be the true (and unfortunately unique) strong point of the whole adventure: despite the time it took to complete the story, about 3 hours, we found a couple of bugs that forced us to restart the game, for the duration of the title we are pressed by the development of the events narrated in the game, which manages to keep intrigued the player until the credits thanks to a simple but pressing plot, which turns out to be more raw and disturbing than it initially appears.

Ultimately, if all aspects of Intruders: Hide and Seek had results at the same level reached by the narrative, with a gameplay worthy of the name and more accurate animations and graphics, useful to allow us to immerse ourselves more in the events narrated in the game, we would have had in our hands a good title with a score higher than at least 2 points compared to what you will find at the bottom of the review.

Verdict 5.5 / 10 One of those rare cases where the film would probably be better than the video game Comment The game does not shine for graphics, longevity and above all gameplay. That said, if you are still willing to compromise with such defects, the events narrated in Intruders: Hide and Seek, could be able to entertain you more than worthily for a handful of hours. Pros and cons ✓ A good story ... x ... and little more
Do you want to be a video game expert and know all the tricks, guides and reviews for your video games ? Holygamerz.com is a group of video game fanatics who want to inform you about the best tricks, guides and tips. We offer you the best information to be a reference in gaming, so here you can find guides, tricks, secrets and tips so you can enjoy your games to the fullest. Are you ready to get all the achievements of that game that you resist so much? Enter now and enjoy your favorite video game to the fullest!
News Here is the opening video of Senran Kagura Re: Newal ❯

Tales From the Borderlands: Episode 3 - Catch a Ride review