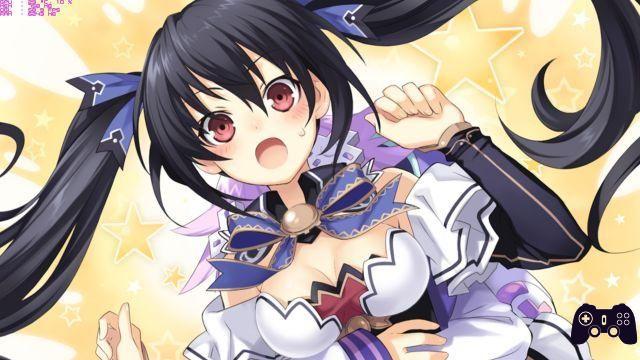 Shortly before the release of Hyperdimension Neptunia Re; Birth2 Sisters Generation (which we talked about extensively in our review), Idea Factory International has brought to Valve's digital platform, Steam, the first chapter of this series of "remakes" for PlayStation Vita: Hyperdimension Neptunia Re; Birth1. Despite a not the best launch, we had the time to see the software house work to correct the problems, allowing us to analyze the game thoroughly and for what it really represents.

Console war has never been so interesting

The events of Hyperdimension Neptunia Re; Birth1 take place in the imaginary world of Gamindustri, in which four goddesses are the protagonists of the Console War to determine which is the best CPU. The four girls, who are nothing more than personifications of some real-world consoles, are named Black Heart (PlayStation 3), White Heart (Wii), Green Heart (Xbox 360) and Purple

you will visit numerous dungeons and cities that make up Gamindustri

Heart (a SEGA console). During a clash between the four entities, a voice convinces the other deities to ally themselves against Purple Heart that falls defeat in the city of Planeptune, losing his memory and part of his powers. Purple Heart will thus be transformed into Neptune (a sort of humanized version) and will be found and helped by Compa, a sweet nurse who will accompany you throughout the adventure. During the journey to try to recover your memory, you will visit numerous dungeons and the cities that make up Gamindustri and in addition you will get to know numerous in-depth characters with a long series of dialogues that will entertain you for a conspicuous number of hours.

A Hyperdimension Neptunia not too different

As for the game mechanics, nothing has changed since the PlayStation Vita version. With up to 3 characters on the field (plus three more in the rear), the fights will take place with turn-based battles, in which characters and enemies will have a precise range of movement and a specific area of ​​action to hit the target. In the various dungeons you will see your enemies running around the map, giving you the possibility to go around them or face them, allowing you to perform Symbol Attack (pre-emptive attacks, Ed.) Or to suffer surprise attacks.

Powerful and devastating EXE attacks can be used

During the fight, the goddesses will be able to transform and thus increase your potential, while in general it will be possible to unleash powerful attacks that consume SP and combos. And last but not least, it will be possible to use the powerful and devastating commands that exploit the EXE bar. The dungeons you will visit will be rather repetitive and anonymous (sometimes even the same), where the only thing to be

The dungeons are rather anonymous and repetitive

to do is "grind wildly" to achieve your goals (or to complete various quests). Although through the Plan it is possible to modify some characteristics (such as present monsters and objects), the situation does not seem to change particularly. As for the controls, Idea Factory has not updated the tutorial images, which still mark the mapping of the PlayStation Vita keys (as opposed to the texts, which are correct). You can use both the classic mouse + keyboard set, and the Xbox 360 controller (more generally, any controller that supports Xinput, Ed). Given the nature of the game, there are no particular reasons to choose one device or the other, although the controller seemed to us to be more comfortable and "natural". 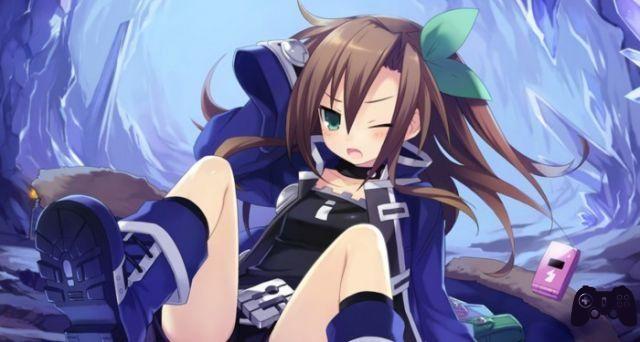 Before describing the technical realization of the game, it must be said that this is the first game on the PC by Idea Factory International. This must be taken into consideration since at the launch there were many problems (about which we will not say too much, as they were solved for the most part in a very short time) and to motivate some choices on the technical side. Generally, Hyperdimension Neptunia Re; Birth1 was simply upscaled to 1080p, with a noticeable result for the duration of the game. Except for some drawings (and for a slightly better anti-aliasing), the textures are too "pixelated", while the polygonal models are decidedly dated for the era (and there are no settings to change the graphic details, if not for the resolution). 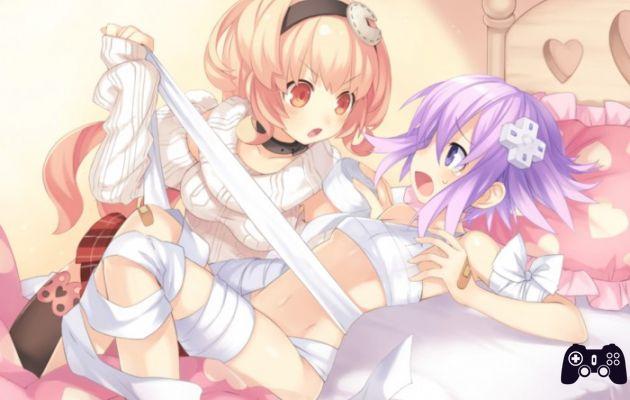 The system requirements are quite low, but we have noticed that in principle the game could run at a constant 1080p and 60fps even without reaching the recommended requirements.

The amount of RAM used never exceeded 1.5GB, while the GPU load consistently remained below 40% (with VRAM always below 800MB). The game manages to scroll in full screen and in fullHD at a constant 60fps (against the erratic 30 of PS Vita), contrary, and strangely, to what happens in Windowed Mode, in which the frames are not stable in particularly excited scenes (without however ever dropping below 30). As for the audio of the game, there are no substantial differences with the PlayStation Vita version, allowing you to choose between the excellent Japanese or English dubbing (lower, but still excellent).

Verdict 8/10 Waifu at 60fps in full screen Comment The PC version of Hyperdimension Neptunia Re; Birth1 is a great opportunity for all those who have always wanted to approach the saga but who have had to shelve the idea for various reasons (such as the lack of of the necessary consoles, for example). Although this is a simple port whose images have been upscaled (resulting dated for obvious reasons), the fluidity at 60fps even with 1080p without too many pretensions is probably its strong point, which prompts us to recommend its purchase. Pros and cons ✓ An interesting saga finally on PC
✓ Consistent 60fps
✓ Always fresh gameplay and storyline x Technically dated
x Forced grinding
Do you want to be a video game expert and know all the tricks, guides and reviews for your video games ? Holygamerz.com is a group of video game fanatics who want to inform you about the best tricks, guides and tips. We offer you the best information to be a reference in gaming, so here you can find guides, tricks, secrets and tips so you can enjoy your games to the fullest. Are you ready to get all the achievements of that game that you resist so much? Enter now and enjoy your favorite video game to the fullest!
News + How to become a game designer? Cyberpunk creator replies ❯

Add a comment from Hyperdimension Neptunia Re; Birth1 Review (PC)