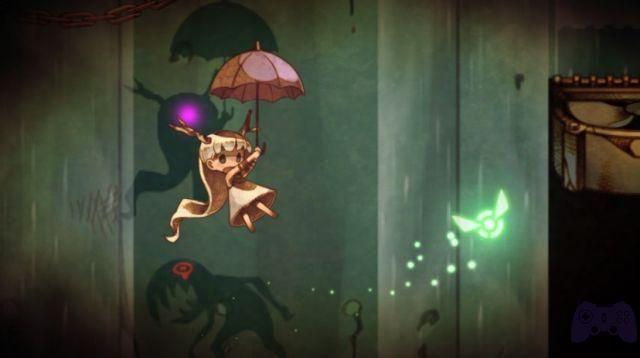 Since launch, Nippon Ichi Software (and consequently the publisher NIS America) has always tried to bring exclusives dedicated to its audience also on PlayStation Vita, very soon surpassing the titles of other companies: between role-playing games, dungeon crawlers and graphic adventures, it has managed to make the Sony laptop is an obligatory purchase for lovers of the genre and for all those games defined by the most "niche".
Last March 4th it landed on PlayStation Store htol # NiQ: The Firefly Diary (in original Hotaru no Nikki), at a starting price of € 14,99: an unusual title for the software house from many points of view, will it be able to convince us?

The young woman Mion she wakes up in an abandoned landfill with no other memory except her name: confused and disoriented, she soon makes the acquaintance with Lumen, a small green firefly that recalls the much loved / hated fairy Navi from The Legend of Zelda.
The player takes control of Lumen, and must see to it that Mion arrives safely outside the ominous place.
Continuing the exploration, the two protagonists will meet some seemingly invincible shadow monsters, until another firefly, purple in color, hidden in the darkness, called Umbra, arrives to support the team.
Lumen and Umbra will try to rescue Mion from countless dangers, and bring her safely to the end of each level.

The Firefly Diary is a 2D platform-adventure, the aim is to bring Mion to safety at the end of each level: to do this, she will have to guide her through Lumen and Umbra through the different dangers created by Furuya.
Mion is inexplicably attracted to the light of Lumen, which is why she will follow her wherever the firefly goes, climbing stairs, moving boxes and unfortunately, throwing herself headlong into dangers of all kinds.
It is up to the player to decide when to stop the girl, touching her at the right time, and free the road from any threats, thanks to the intervention of Umbra who, as the name suggests, will be able to move in the shadows of objects, as long as they are in contact. between them, and interact with the luminous heart of them, simply by touching it.

a growing and most of the time frustrating difficulty

Each puzzle in The Firefly Diary is based on the right combination and timing between the use of Lumen and Umbra, even the boss battles, which await Mion at the end of each chapter, offer interesting ideas and the funniest part of the NIS title.
But there is a huge problem: The Firefly Diary is difficult, and it is based on the now overused mechanics of the Trial and Error, anything can kill Mion rest assured it will do it several times, causing a restart from one of the very few automatic checkpoints.
There are sections where timing is necessary and others where only after having died numerous times will you understand how to get around an obstacle: levers, switches, lifts, speakers, are positioned both to solve objectives and to confuse the player, sometimes they will be necessary only to achieve some collectibles, others could only lead you to certain death.
Lumen and Umbra will have to work together to prevent Mion from being devoured by carnivorous plants, crushed by debris, filleted by circular blades and much more, in a journey that will prove frustrating and seemingly without escape. 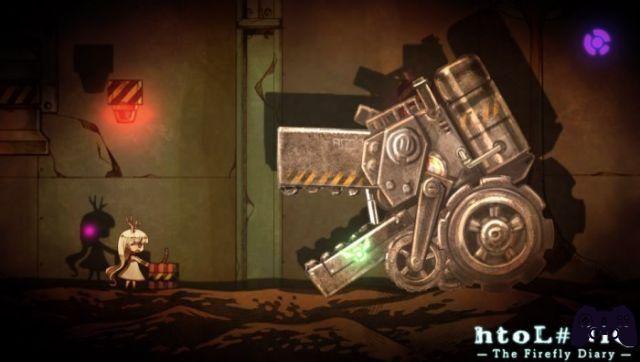 As already mentioned the player takes control of the two fireflies and has the choice between three main mappings of the keys.
The default controls place Lumen on the main touchscreen and Umbra on the rear one, forcing you to support PSVita with the index and thumb of the left hand. It is not suitable for long gaming sessions and we also encountered delays in activating Umbra via the rear touchpad: delays of a few seconds that in a title like The Firefly Diary are lethal.


Controls often inaccurate in a title where precision is practically necessary

The second combination (the one used by us) moves all the action on the main touchscreen, always leaving Lumen as a preset firefly but allowing you to change at any time, switching to Umbra by touching the appropriate icon at the top right.
Surely the best system, even if it does not at all ease the extreme difficulty inherent in the title.
The third and final control mode uses the left analog stick to control the fireflies and the triangle button to select them, while X is assigned the interaction with the environment (where in the other two modes a touch is required).
The latter system is convenient in the very early stages of the game where painstaking precision is not needed to save Mion from certain death, but it soon becomes too sensitive, causing repeated deaths and frustration.
As if the control system were not enough to damage the player, we also find some objects whose interaction in the shadow realm is not explained, such as the automatic fans that will blow the young Mion against deadly spikes.
For the duration of The Firefly Diary you will be faced with anxious sections where the slightest mistake will cause the death (over and over again) of Mion and the obligation to repeat it all over again. It almost seems that Furuya during development has focused on different ways to show the player how incapable he is (a bit like what happened in Sayonara Umihara Kawase), testing him continuously and without giving him a moment of respite except during the memories of Mion. 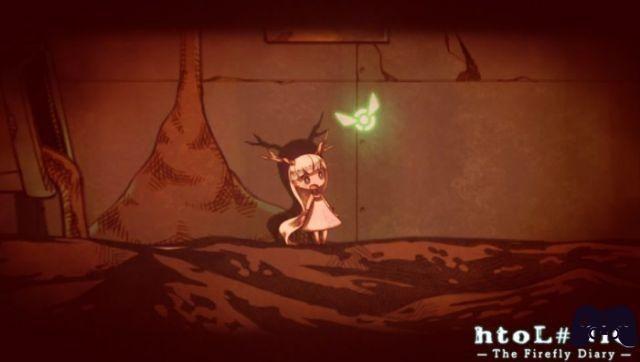 On the purely visual side, The Firefly Diary is beautiful to look at thanks to well-curated 2D Artwork that blend with backgrounds designed with dark and claustrophobic atmospheres (at least until the arrival in the forest), to give further impact to the whole we find a soundtrack practically absent, with only the sounds of the environment as the background to Mion's journey.

The Firefly Diary immediately stands out from other NIS titles for one reason: the total absence of any dialogue.
One of the main features of each title of the Japanese software house, the reason for so much criticism, is precisely the totalitarian presence of very long dialogues and often ends in themselves: with The Firefly Diary you touch the exact opposite, the entire plot is left to the imagination of the player, who, by collecting the collectibles, will unlock the lost memories of little Mion.
In these memories the graphic sector of The Firefly Diary changes from a 2D scrolling setting, to an isometric shot from above, similar to Contact (title DS of 2006) and will be the only sequences in which Mion can be controlled.
The title is only available in English, but given the lack of dialogue it is also suitable for those who do not chew the Anglo-Saxon language, as long as they are patient and aware of what they are going through.

Verdict 6.5 / 10 #iotiinQulo Comment htol # NiQ: The Firefly Diary is a good experiment for NIS, which diverges strongly from the RPGs full of fanservice and dialogue that we are used to. Unfortunately, although the price is low, it remains a bad platformer dedicated only to those who love challenges, and are ready to waste hours of trying to save Mion from her sad fate. A praise for the artistic direction of the title, but unfortunately the atmosphere cannot compensate for the problems related to the controls in a game where responsiveness and precision are fundamental. Pros and cons ✓ Convincing atmosphere
✓ Low price
✓ Damn difficult x Too many uncertainties in the controls
x Damn difficult

Do you want to be a video game expert and know all the tricks, guides and reviews for your video games ? Holygamerz.com is a group of video game fanatics who want to inform you about the best tricks, guides and tips. We offer you the best information to be a reference in gaming, so here you can find guides, tricks, secrets and tips so you can enjoy your games to the fullest. Are you ready to get all the achievements of that game that you resist so much? Enter now and enjoy your favorite video game to the fullest!
Battlefield V Review - One for all, all for one ❯

The Vanishing Of Ethan Carter Review

Add a comment from HtoL # NiQ review: The Firefly Diary