How to use Windows keyboard on Mac 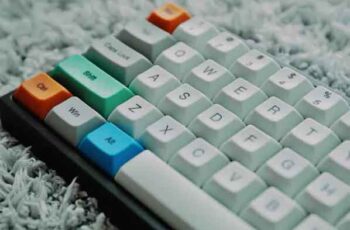 There are many keyboards that have been designed and developed for Windows PCs. Just because they were originally designed for Windows, there's no reason why you shouldn't be able to use a Windows keyboard on Mac. Most vendors sell keyboards for both Windows and Mac and come with Windows and macOS key covers. that can be exchanged.


The problem lies in the order of the buttons. On Windows, you have Control | Windows | Inline Option (Alt) keys instead of Control | Option | Command layout on Mac. Due to muscle memory, you will keep pressing Alt (Option for Mac) instead of Command key and Windows (Command on Mac) instead of Option function.

How to use a Windows keyboard on Mac

Of course, you can continue to use the Windows keyboard with a new key layout, but it can be a headache for anyone who has typed on Mac for years. Thankfully, Apple has a way to fix this.

Here's what you need to do. Instead of the new control | Command | Options layout, you need to go back to Control | Option | Arrangement of controls. Look carefully and note that you just have to ask the system to change the Option and Command keys. Apple has added a built-in option to allow you to change the keys on the keyboard. Here's how to do it.


Use a third party app

The default Apple way is limited in some ways. Using a third-party key customizer, you can customize the keyboard experience to your liking. One such app is Karabiner-Elements.


The app allows you to remap each key on the keyboard. You can also create your own rules or choose from predefined rules. The app is free to download and you can read the tutorials for each feature on the website.

This helps when using a small / minimal mechanical keyboard with no arrow or function keys. You can use key combinations and enable arrow keys for command + hjkl and more keys. Got the idea, right?

As a Mac user, don't be discouraged there are some great dedicated Windows> MAC keyboards on Amazon. You can easily buy them, change the Option and Command keys, and continue using the Windows keyboard on Mac without any problems.

How to use Android phone as a second monitor ❯

add a comment of How to use Windows keyboard on Mac