How to use FaceTime on Android 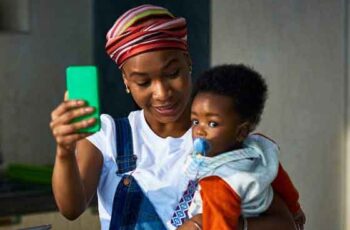 In this article we will look at how to use FaceTime on Android devices, as well as FaceTime alternatives for Android. With the latest Apple software update, Apple users can invite Android users to join FaceTime calls.


You can use FaceTime on an Android device if an invitation link has been sent to you from an Apple device with iOS 15, iPadOS 15, or macOS 12 Monterey. To sign up for FaceTime for Android, you need to open an invitation link in the Google Chrome mobile browser. Android users can also try FaceTime alternatives like Skye, Messenger or Duo.

Apple's video calling service, FaceTime, which works over Wi-Fi and cellular data, is a reliable way to video chat between iOS users, and if you're an iPhone user, it can seem ubiquitous at times.

Unfortunately, Android users cannot download the FaceTime app or initiate their own FaceTime calls. But, with the release of iOS 15, iPadOS 15, and macOS 12 Monterey, Apple users can send FaceTime invitation links to Android users.


Here's how to send a FaceTime invitation from an Apple device, how to join a FaceTime call from an Android, and some video chat alternatives you can use instead of FaceTime.

How to join a FaceTime call on Android from Google Chrome

Android users can join a FaceTime call from their Google Chrome browser if someone with an Apple device running iOS 15, iPadOS 15, or macOS 12 Monterey has sent them an invitation link.

How to video call from television: the simplest way

How to use Google Docs in dark mode ❯

add a comment of How to use FaceTime on Android