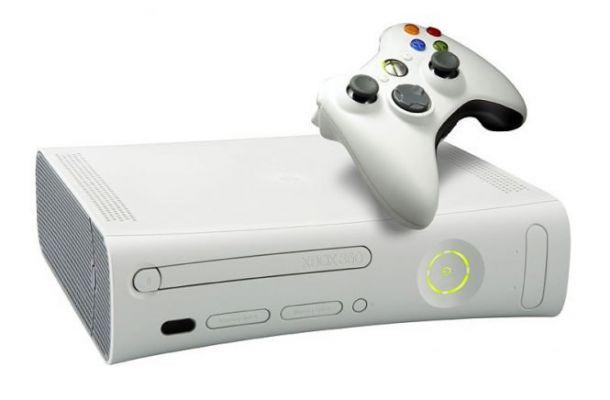 Il factory reset could solve the problems with yours Xbox 360. There are some good reasons why restore an Xbox 360 to factory settings. The restoring an Xbox 360 it can solve some weird problems that may arise after years of use and it's also a good idea to wipe all your data before swapping your old console or selling it.


Il restoring an Xbox 360 it's a fairly simple process, and it can't be undone. When you reset your console, you lose all games, save data, themes and avatars that you haven't backed up. In many cases, clear the cache your xbox 360 it might be the best option.

If the problems persist even after resetting the system cache or you want to prepare the console for sale or give it away, it's time to reset Xbox 360 to factory settings. Before that, however, you need to back up your data and format your hard drive.

Reset an Xbox 360 to factory settings it is not difficult, but it is a serious process that cannot be undone. For reset your Xbox 360, you need to backup your games, profile, themes and other data to an external drive first, then format your Xbox 360 hard drive.

If you are getting rid of your Xbox 360, you can also remove the hard drive before selling or giving away the console. The new owner will need to install their hard drive or use a memory card.


First di restore Xbox 360, find the serial number of the console and write it down. When trying to format your hard drive, you usually can't proceed without this number.

You can find your Xbox 360's serial number on the back of the console, but if the number has been scratched or obscured, you can also find it in the system settings menu:

Back up your games and data before restoring


When you reset your Xbox 360, all information stored on the hard drive will be removed. This includes all your downloaded games, saved data, your profile, and everything else stored on your hard drive. If you want to keep any of this data, you need to back it up.

Your profile will be deleted from the Xbox 360, but this will not delete your Xbox Live account or cancel your Xbox Live subscription. In the future, you will still be able to log back into this console or any other console.

When backs up your data to an Xbox 360, you can choose to transfer all at once or one item at a time. To move everything at once:

If you prefer to manually select the items you want to back up, you can do it too.

Once you've written down your console serial number and backed up all your files, you're ready to go reset your Xbox 360. This results in formatting of the hard drive, which cannot be undone. When finished, your Xbox 360 will revert to its original state.

Once the Xbox 360 reset is done, turn it on to confirm that your data has been wiped. If the process was successful, you will be prompted to set up your Xbox 360 just like you did when it was brand new. The console is now ready to be sold or given away, or you can log back in with your Xbox Live account if you have reset to resolve a persistent problem.

How to fix AirDrop not working from iPhone to Mac ❯

add a comment of How to reset your Xbox 360