How to choose the best Wi-Fi channel for your network 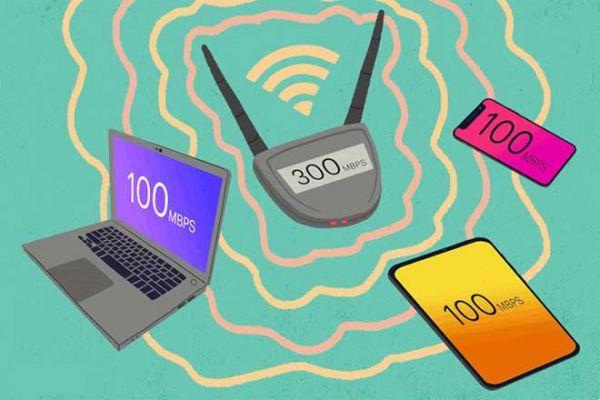 Choose the best from 10 or more different channels. All Wi-Fi network equipment, including client devices and broadband routers, communicate via specific wireless channels. Similar to channels on a TV, each Wi-Fi channel is designated by a number that represents a specific radio communication frequency.


Wi-Fi devices automatically set and adjust their wireless channel numbers as part of the communication protocol. Operating systems and utility software on computers and routers keep track of the Wi-Fi channel settings used at all times.

Under normal conditions, there is no need to worry about these settings. However, you may want to change the Wi-Fi channel numbers in certain situations. So let's see how to choose the best Wi-Fi channel.

Wi-Fi equipment in the United States and North America has 11 channels on the 2,4 GHz band:


Wi-Fi equipment in Europe and other parts of the world also supports channels 12 and 13 which operate at the next higher frequency levels of 2.467 GHz and 2.472 GHz, respectively.

7 things that could cause your WiFi to slow down

Some restrictions and additional allowances apply in some countries. For example, 2,4GHz Wi-Fi technically supports 14 channels, although channel 14 is only available for older 802.11b equipment in Japan.

Since each 2,4 GHz Wi-Fi channel requires a signaling band that is approximately 22 MHz wide, the radio frequencies of neighboring channel numbers overlap significantly.

The 5 GHz band offers many more channels than 2,4 GHz Wi-Fi. To avoid problems with overlapping frequencies, 5 GHz equipment limits the available channels to certain numbers over a wider range. This approach is similar to how AM / FM radio stations within a local area maintain some separation between them on the bands.

Equipment in Japan supports a completely different set of Wi-Fi channels that operate at lower frequencies (4.915 to 5.055 GHz) than the rest of the world.

Why change a Wi-Fi channel?

Many home networks in the United States use routers that, by default, run on channel 6 on the 2,4 GHz band. Nearby Wi-Fi home networks running on the same channel generate radio interference that can cause significant slowdowns in the performance of the network. net.


Reconfiguring a network to run on another wireless channel helps minimize these interruptions.

Some Wi-Fi devices, especially older devices, may not support automatic channel switching. Such devices will not be able to connect to the network unless their default channel matches the local network configuration.

How to change the Wi-Fi channel

To change channels on a modem, go to the router's configuration screens and look for a setting named Channel o Wireless channel. Most router screens provide a drop-down list of supported channel numbers to choose from.

Other devices on a local network will automatically detect and adjust their channel numbers to match those of the wireless router or access point with no action required.

However, if some devices fail to connect after changing the router channel, please visit the software configuration utility for each of those devices and make the corresponding changes to the channel number. The same setup screens can also be checked at any time to verify the channels in use.

How to choose the best Wi-Fi channel

In many environments, Wi-Fi connections work equally well on any channel - sometimes the best choice is to leave the network set to default values ​​without any changes. The performance and reliability of connections can vary greatly between channels, however, depending on the sources of radio interference and their frequencies.

No single channel number is inherently "better" than the others.

For example, some users prefer to set their networks to 2,4 GHz to use the lowest possible (1) or highest possible (11 or 13, depending on the country) channels to avoid mid-range frequencies as some routers Home Wi-Fi automatically set the center channel 6.

However, if neighboring networks all use the same channel, severe interference and connectivity conflicts occur.

In extreme cases, users may need to coordinate with their neighbors on the channels each will use to avoid mutual interference.

Tech-inclined home administrators run network analyzer software to test a local area for existing wireless signals and identify a secure channel based on the results.

The Wifi Analyzer app for Android is a good example of such an application, which plots the results of the signal scan on graphs and recommends the appropriate channel settings at the push of a button.

For technicians, on the other hand, they can simply try and test each wireless channel individually and pick one that appears to work. Often more than one channel works well.

As the effects of signal interference vary over time, what appears to be the best channel may one day turn out to be not a good choice later on. Periodically monitor your environment to see if conditions have changed so that a Wi-Fi channel update will fix the issues.

How to change your WiFi channel to gain power and coverage