How to choose a webcam 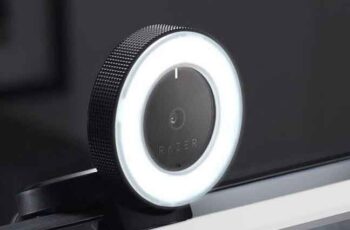 A short guide on how to choose a webcam and a comparison between standalone and integrated devices. Webcams can be integrated or standalone devices, and there are benefits to both. A webcam is a built-in or standalone camera that captures still images and video on a computer.


Webcams are commonly used for video conferencing and online video streaming. Even if your laptop has a built-in webcam, there are reasons you might want to add a standalone device.

A webcam is a simple video camera that, when connected to a computer, allows you to capture still images and video. It is commonly used for video conferencing with software such as Zoom, Google Meet, Skype, and other apps.

What to know about webcams

While popular for years, they have become almost essential hardware for many students and professionals during extended periods of remote work and social distancing. There are also many online webcams that constantly broadcast images from points of interest such as museums and zoos.


It is not choosing a webcam, because they are relatively simple devices that can be integrated into your laptop or tablet, or they are standalone devices connected to your desktop.

Some monitors also have built-in webcams. Most have a modest resolution of 720p or 1080p, although 4K models can also be found. They have no built-in memory for image storage or physical control buttons.

Instead, they are controlled by the software on the computer. To mitigate privacy concerns, some have physical shutters that can be slid to cover the lens. This ensures that it is physically impossible to use the webcam remotely to capture still images or video without the owner's permission.


How to choose an integrated and standalone webcam

For the most part, all modern laptops have built-in webcams, usually in the bezel at the top of the display, more or less aligned with the user's eyes. (Some laptops have been known to place it in the lower display bezel, which has the unfortunate effect of pointing towards the user's nose.)

Tablets like the iPad, Amazon Fire tablets, and Android models also have front bezel cameras that can be used as a webcam.

Additionally, there are standalone cameras that connect to your computer via USB. You can add these external cameras to desktop computers or to replace a laptop's built-in camera.

The built-in cameras have the advantage of being integrated into the computer, which means that there are no additional settings or configurations and the cost of the camera is already included in the original price of the laptop.

However, there are a few reasons you might want to use a standalone webcam.

add a comment of How to choose a webcam