Guides The Sinnoh event (2021) and its challenges - Pokémon GO 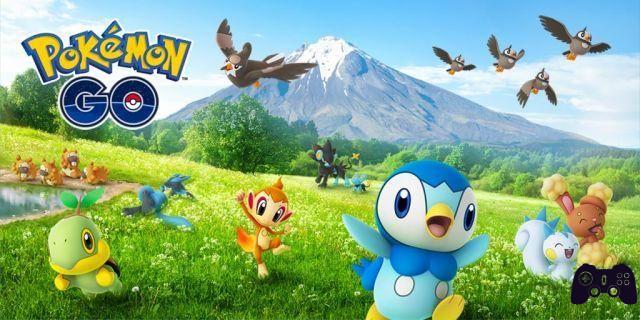 The event features spawns, raids and themed eggs. Among these appear rarities such as Gible, which is usually very difficult to obtain. Watch out for gyms and especially the rest of the article: here's what awaits you.

For the event they are increased spawns of some Pokémon discovered in Sinnoh. These are the three initials Turtwig, Chimchar and Piplup, along with Bidoof, Cranidos, Shieldon, Combee, Drifloon, Purugly, Hippopotas, Snover, Skorupi and Buizel. Not only some (like Snover or Skorupi) can come in handy in Battle League, others are also available in chromatic form: 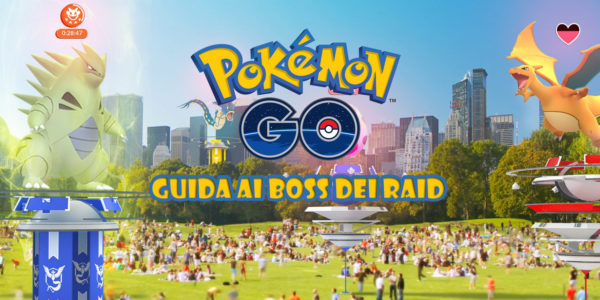 To learn more:
Pokémon GO - all raid bosses and how to defeat Landorus, Tornadus and Thundurus

From the eggs Kricketot, Budew, Bronzor, Hippopotas, Croagunnk, Bonsly (these also chromatic ones), Shieldon and Cranidos could be born. In raids instead, various of these Pokémon will appear (the complete list in our dedicated guide), together with the much rarer Gible - which we recommend you buy up. Heatran returns to legendary raids, already appeared in the past and also available in chromatic form.


Even the megaraids perform a rotation. You can meet again the new arrival MegaAbomasnow, flanked by MegaCharizard Y and MegaBlastoise. During the month we will see others: we just have to wait.

Some missions are also available themed field research. They can help you land a catch for the active time challenge in the Today tab, so let's see who you can get.

As happened last week, this time too we will have a catch challenge dedicated to the region we are revisiting. By capturing specific Pokémon we will therefore get rewards, as well as a medal to show off in the game's Trainer Profile. Here's who to catch:

To learn more:
How to find the GO Rocket team and defeat Sierra, Arlo, Cliff

While most of these Pokémon have improved raids or spawns going on, some will still have a harder time getting around. The shadow versions of Snover and Stunky for example they can only be obtained by fighting against the GO Rocket team, thus adding a touch of RNG to the challenge. Mask in hand, hunt down every Pokéstop conquered by the recruits, or wait for the balloons from the comfort of your home.

Remember that every day you can meet at most four balloons, in time slots of six hours each (between midnight and 5:59, between 6 and 11:59, between noon and 17:59, between 18 and 23:59). If you have a Radar or Super Radar Rocket active, the balloon you will encounter will only be able to accommodate one of the leaders or Giovanni - so defeat them if you are in front of them, or you will not be able to continue the challenge using the balloons.

Do you want to be a video game expert and know all the tricks, guides and reviews for your video games ? Holygamerz.com is a group of video game fanatics who want to inform you about the best tricks, guides and tips. We offer you the best information to be a reference in gaming, so here you can find guides, tricks, secrets and tips so you can enjoy your games to the fullest. Are you ready to get all the achievements of that game that you resist so much? Enter now and enjoy your favorite video game to the fullest!
Guide Animal Crossing: New Horizons - Guide to flowers and hybrid crossings ❯

Ori and the Will of the Wisps | Collectibles: Minerals, Fragments, Cells, Lights

Fortnite Chapter 2: here are the Midas missions of Week 10