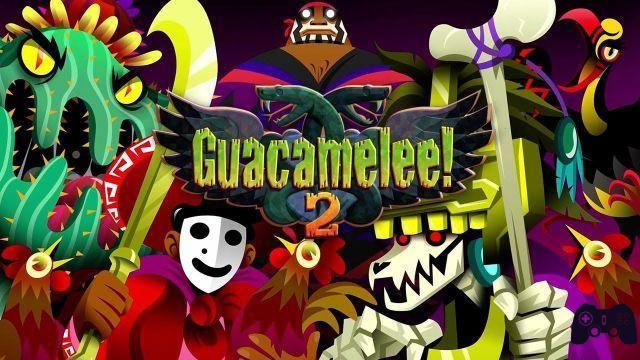 Summer 2018 is dedicated to metroidvania.

After Hollow Knight e Dead Cells, it's the turn of DrinkBox Studios to cheer us up with the sequel to one of his most successful titles: Guacamelee!.

5 years later and several versions in tow, Juan, the legendary luchador, is ready to return. This time to save the entire Mexiverso.

Will DrinkBox Studios manage to outdo itself? Find out in the Guacamelee review! 2

By the end of Guacamelee !, Juan had completed his mission: to defeat the evil Calaca and save his beauty from a fate that now seemed sealed. The days of luchador for Juan are now a distant memory. Years have passed, extra pounds now his greatest enemy, and the only thought is the family. This idyllic peace, however, is about to end. Indeed a new threat hangs not only on Pueblucho, but on the whole Mexiverso. A calamity called Salvador, ready to tangle all existing timelines, reaching the point of erasing them from the face of the earth.

Thus begins Guacamelee 2, and it does it in the best way. When a sequel to a beloved title has to come out, be it indie or triple A, it is always difficult to undo the legacy of its predecessor. Expectations are high and it's easy to let them down.

The first Guacamelee! still has the merit of being able to perfectly combine narration and gameplay, choosing the difficult path of comedy.

Making people laugh is a complicated art, which does not go well with a medium like this. But not so much for the genre itself, as for the comic times that must necessarily adapt to the needs of gameplay. Guacamelee! he had hit the mark. And with this second chapter DrinkBox Studios has decided to accept the challenge by trying to overcome itself. The story of this sequel will not give us a single moment of pause, hammering the player from the very first minutes.

If Guacamelee! had shown that he had what it takes under that "smoke" of comedy, here things have been done big. In short, an incredibly appreciated sequel "bigger and bigger".

The plot, however absurd, seems to draw inspiration from the adventures conceived by Dan Harmon to Rick and Morty, and precisely the choice of bring up multiple timelines it helps the narrative to take completely unexpected turns.

Comedy never lets go. Whether it's an exchange of words, or a quote not too hidden in the background, every opportunity is seized on the fly, as served on a silver platter. All this resulting extremely brilliant. Like the incredible self-criticism on the use of memes, where some of the characters in the game, in a break of the fourth wall, begin to "percolate" the developers by denouncing the negative use of memes and their lack of imagination. 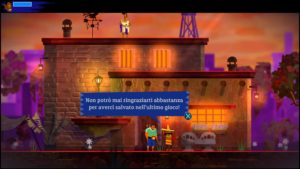 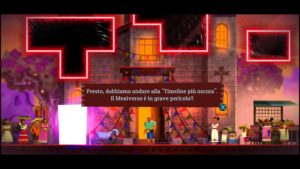 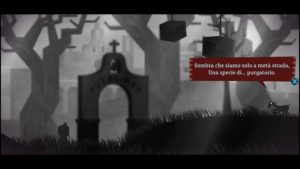 Guacamelee gameplay! 2 takes up every single aspect of the first chapter in its entirety. For the more distracted, the title DrinkBox Studios it exploited the classic platform structure of metroidvania and he combined it with a style of hand-to-hand combat, typical of Mexican luchadores. This atypical "mix" was so fresh and well functional that it was a shame not to explore it further. The Canadian studio has therefore well thought of resuming the backbone of the original and expanding it by introducing new skills that would not distort the spirit of the game.

We therefore find the possibility to lead our hands between combos and melee. During the adventure Juan will learn four special shots, each of which characterized by a distinctive color. He will be able to execute a flying uppercut or lunge, crush enemies with a body slam or headbutt them. Each of these 4 moves will be closely linked with the gameplay. On the one hand we will find ourselves using the new techniques during the fights, using the specific ones to take down the highlighted enemies of the corresponding color. On the other hand, as we explore the levels, they will open the way to new areas.

The exploratory element of metroidvania is the basis of this genre. And this is where the DrinkBox Studios title flexes its muscles. After the first "pictures" that will serve to put us at ease with the controls, we will immediately find ourselves entangled in a level design that leaves no room for error to the players. The jump sequences become more and more complex and frenetic, and a new mechanic also finds space, the Eagle Hook, which involves the use of "leaps" through special suspended trampolines, to extend the amplitude of our leaps.

We will therefore have to rely on all our powers, mixing them together, to be able to overcome all the deadly traps and enemies that we will find on our path. To complicate things, the power to change the dimensional plane will also return, which will come into play in the creation of some of the best platforming sequences of recent times. 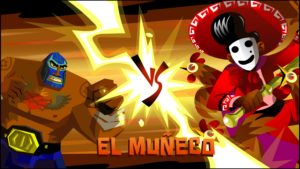 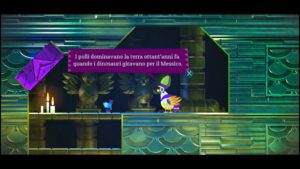 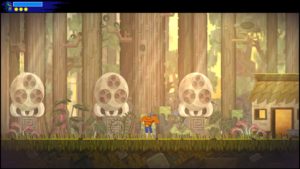 And do you remember the possibility of transforming yourself into a chicken, to overcome some obstacles like a morphosphera? Here, even this action has been revised, and in the role of the bird we will be able to learn new moves, like Juan's. All this is then combined with an unprecedented growth system. During the adventure we will meet some curious characters who they will offer to train us, thus allowing you to unlock new skills. Spending the money you earn and reaching certain milestones It will be possible to purchase upgrades via a skill tree, so as to improve our fighting performance.

However, there is a certain imbalance between the platform and the fight phases, or more specifically in the bosses you will face. However well done, pleasant to deal with and in some cases challenging, they will be few in number, somewhat lowering the overall challenge rate. And even on the news front, there are actually very few noteworthy introductions to this second episode. A problem? Fortunately only in part, given the enormous quality and goodness of the Drink Box Studios title, which at least at the moment manages to buffer the problem by further raising the level of everything else. 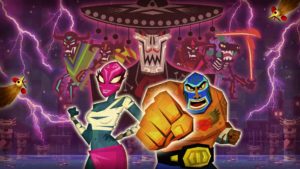 Then we find the multiplayer, which once again decides to be only local. In the company of 3 other friends it will be possible to enter the game at any time thanks to a practical drop-in / out system. The addition of this multiplayer nuance it makes things much more chaotic not only during the platform phases, but also in the fight phases. It's nice to see how much effort has been put into this sequel to take advantage of this very feature, and we do not deny that in company everything is much more beautiful and fun. But perhaps it would be appropriate to think about something specific or dedicate yourself to this possibility, perhaps to complete the game at the highest difficulty level.

Also because Guacamelee! offers various opportunities for "replay". As the genre dictates to be completed they will need more than 10/11 hours needed to simply get to the end credits. And there are not even a few secrets scattered throughout the adventure. Completionists will therefore find excellent reasons to return to Juan's shoes and enjoy them to the fullest one of the best metroidvania on the market. 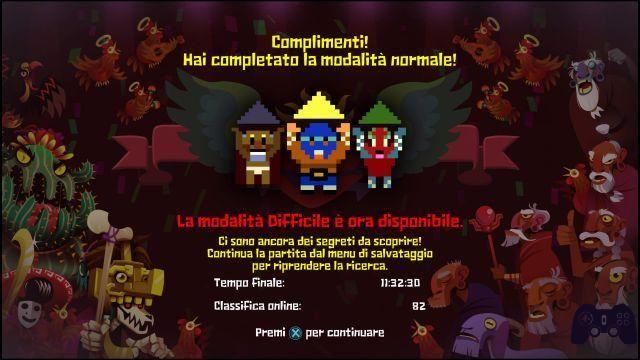 To close a decidedly positive picture we have a first-rate technical sector for a 2D title. Guacamelee's Mexican themes! here they shine thanks also to the new rendering engine, which has allowed a greater use of effects and characters on the screen, without these impacting performance in any way. Top animations, a level design that besides being functional it's pretty damn stimulating too and an attention to detail that denotes all the skill of Canadian programmers. 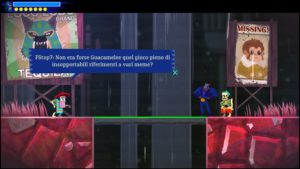 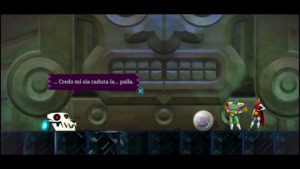 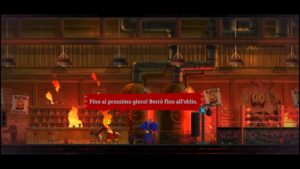 As for the graphics, the sound accompaniment also travels on the same levels as the first chapter, all seasoned with an electronic vein that goes well with the Spanish melodies that will accompany you in the exploration of the levels.

Guacamelee! 2 is completely adapted in Spanish, and except for some sporadic typos, the quality of the adaptation of the texts is taken care of. And given the comic tenor of the title, it would have been a shame to miss out on a few lines due to a bad translation.

Verdict 8.5 / 10 Judges you in spanish! Comment Guacamelee! 2 is a sequel with all the trimmings that improves much of the mechanics of the first chapter. Pay a little 'the price of not introducing big news within the gameplay or the lack of prominent bosses in addition to those present. But the quality on the plate is even higher. Not only for what concerns the aforementioned gameplay but also for the whole narrative aspect, which significantly raises the quality of the game compared to its prequel. If you loved Guacamelee! it is useless to tell you how much this new adventure must necessarily be played and appreciated. Also because the Mexiverso needs your help. Pros and cons ✓ Unique comedy
✓ Unrivaled gameplay and level design
✓ Good level of challenge x There is a lack of important news
x Boss side quite lacking
Do you want to be a video game expert and know all the tricks, guides and reviews for your video games ? Holygamerz.com is a group of video game fanatics who want to inform you about the best tricks, guides and tips. We offer you the best information to be a reference in gaming, so here you can find guides, tricks, secrets and tips so you can enjoy your games to the fullest. Are you ready to get all the achievements of that game that you resist so much? Enter now and enjoy your favorite video game to the fullest!
3D Fantasy Zone II Review ❯

Resolutiion | Review, the heart of the machine

Add a comment from Guacamelee Review! 2 - The siesta time is over