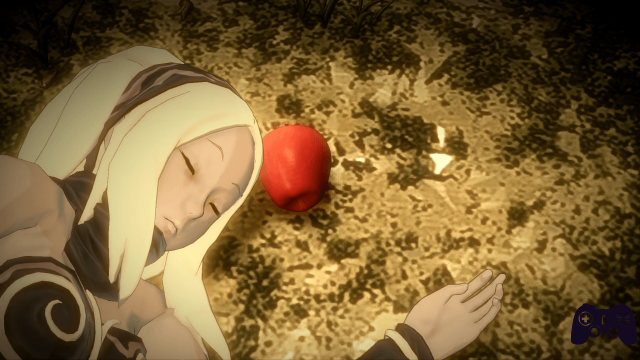 The one of Play Station Vita is a story that we all know by now: despite the good lineup at the debut and the arrival, in close proximity, of some authentic little pearl, between the latest Sony laptop and the general public the spark never struck, inevitably forcing it to trudging slowly away from the spotlight. In any case, someone must have thought that it was a shame to condemn to the same fate those (unfortunately too few) thick titles released exclusively on the machine: after the paper adventures of Iota / Atoi it is therefore time for the relaunch of Gravity Rush, with a remastered edition that serves as a springboard for that long-awaited sequel since 2012.

Gravity Rush puts the player in the shoes of Kat, a girl who wakes up, with no memory, in the steampunk aftertaste town of Hekseville. Right from the start, the protagonist will discover that she is endowed with a particular power, somehow linked to the cat Dusty who keeps her company since she opens her eyes at the beginning of the adventure: the power to alter gravity, canceling its effects on itself and manipulating its direction so that it can literally float for the neighborhoods of Hekseville. Driven by the desire to help the local population (who at first will be wary of the drifter, as people in possession of powers are called) Kat on her path to become a heroine will end up unwillingly involved in the battle against the Snows, of the creatures of dubious origin that have haunted Hekseville, not without a series of twists and different mysteries to cast shadows on all events.

From a narrative point of view, Gravity Rush therefore, although starting from an initial situation that is not particularly original, manages to arouse and maintain the player's attention for the duration of the experience (about 10 hours, which double if you want to aim for the trophy. platinum), never being banal or boring thanks above all to an artistic direction that is never as inspired as in this case, which amalgamates aspects of the aforementioned steampunk current with the visual influence of the French cartoonist Jean Giraud (aka Moebius). Affirmation that unfortunately we cannot extend to the secondary missions present in the title, which with the exception of those added by the expansion packs (and available here immediately) expire quickly in the repetitive.

The basis is that of an action adventure, inserted in an open world context and with some traits from RPG

Having to attach a label dictated by the genre to the work of Japan Studio (for the occasion brought to the "big screen" of the home television by Bluepoint Games, now real experts in remastering), Gravity Rush should fall back into the trend of action adventure, while presenting some slight features taken from the RPG (especially as regards the progression of Kat, which involves both the skills related to the movement and the offensive attacks) and managing everything with an open world approach now cleared in this eighth generation . The only "physical" combo available to the girl is in fact a combination of buttons that can be displayed by pressing the square button, while for the rest when it comes to attacking the enemy it is necessary to resort to the gravitational powers "triggered" by Dusty: on the ground Kat can move faster by taking advantage of the slide (which is activated by pressing R2 and L2 at the same time), exploiting the greater maneuverability to eventually launch a kick capable of doing more damage than the basic combo. Once in the air, the famous gravitational kick comes into play which allows, once you have taken aim (with the analog stick or, preferably, using the Dualshock 4 accelerometer), to hurl yourself at full speed against the target and hit leaving your mark. Having no ability to attack at a distance, you can use the stasis field (circle) to lift some objects that can then be thrown at the Nevi on duty, a particularly useful trick to break the armor of some enemies and expose their nucleus. The equipment is finally completed by the classic dodge, usable both on the ground and in the air, and by the special attacks (three in all) that will be unlocked during the experience, real aces in Kat's sleeveless suit that can be used as soon as charging is complete.

The gameplay is solid and fun, without excesses of technicality

The skills related to the manipulation of gravity, however, obviously cannot be used in a savage way: especially in the early stages of the game the indicator positioned in the upper left corner of the screen (which indicates the time for which the powers can be kept active) tends to empty very quickly, and at each stasis field, slide or kick gravitational will correspond to an equal and opposite energy consumption. The limit can be stemmed as the story progresses, by spending the gems collected around the city (or from the lifeless bodies of the Snows) to reduce the consumption of the indicator and speed up its recharge time, also managing to fill it by deactivating powers while in free fall and reactivating them at the last moment. The end result is a product that is undoubtedly successful and fun from a playful point of view, without ever entering the territory of the most "pushed" actions. and technicians in order to be able to be truly appreciated by everyone.

The apple that falls away from the tree

Gravity Rush was one of those PlayStation Vita exclusives at the time did nothing to hide it, therefore trying to use all the features of the handheld as much as possible by Sony. Giocoforza then Bluepoint Games found itself having to readjust various aspects related to the controls, in order to "fit" them into the Playstation 4 controller: the gravitational slide is the perfect example, since it can no longer rely on the touchscreen (and, intelligently, not completely transferring the functions of the latter to the Dualshock 4 touchpad) it was moved to the triggers and then controlled by the left analog stick. After several hours spent on the title (and after completing the original in all its aspects at the time) we can safely say that Bluepoint Games has done a more than excellent job that has not sacrificed anything and indeed, in certain respects it has also made the experience more comfortable, for example allowing you to disable the movement of the camera due to the accelerometer leaving the task on the shoulders of the right stick. However, unfortunately also in this version for Playstation 4, the ballerina camera of the original should be reported, sometimes still in trouble when he has to follow Kat's most agitated maneuvers. A small stain (shared with the original) in a restoration work in any case capable of restoring the title. 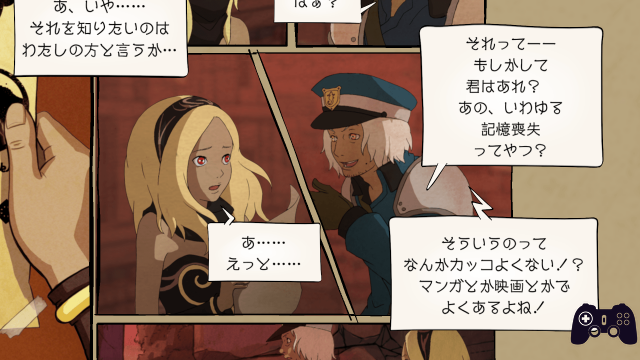 More beautiful than ever

Kat on Playstation 4 is in better shape than ever

Restoration work that we can only judge impeccable when the analysis moves to the technical sector: Gravity Rush Remastered runs constantly at 60 frames per second, giving back in practically all situations a sensation of constant fluidity, which is then embellished by the work done as regards the exclusively visual aspects. The aliasing of the Playstation Vita version is, in essence, eradicated, with the result of giving an image that is truly capable of doing justice to the aforementioned artistic direction, which with its trait halfway between that of the French school and the Japanese manga (an influence that is also breathed in the cutscenes, which mix the sequences with more cartoonish cartoons) and its saturated and slightly opaque colors makes Hekseville really deserving of being explored in its ravines. The work of Japan Studio then manages to assert itself also from the audio point of view, both for the language spoken by the characters (fictitious, but with unmistakable French notes) and for the real soundtrack, solid and capable of indulging in even some particularly striking moment such as when visiting the "entertainment district", Pleajeune.

Verdict 9/10 Do yourself a favor and play it (at least now) Comment Proposing Gravity Rush to those millions of players who have jumped on the PlayStation 4 bandwagon instead of the Playstation Vita is definitely a clever maneuver on the part of Sony and we hope it works : the title of Japan Studio, today as in the summer of 2012, has an undeniable artistic charm and also from the playful point of view it manages to be fun, solid and guessed. This Remastered version then only improves it from all points of view, thanks to controls that are certainly less courageous but more functional to the experience and making the product technically more beautiful than ever, giving a good blow to the loading times of the portable version. which are now a distant memory. In short, if you are among the too many who have given up Kat on the first date this is the perfect opportunity to make up for it. Pros and cons ✓ Artistically inspired
✓ Solid and fun gameplay
✓ Excellent adaptation of the controls x Dancer camera
x Repetitive side missions
x No unreleased content
Do you want to be a video game expert and know all the tricks, guides and reviews for your video games ? Holygamerz.com is a group of video game fanatics who want to inform you about the best tricks, guides and tips. We offer you the best information to be a reference in gaming, so here you can find guides, tricks, secrets and tips so you can enjoy your games to the fullest. Are you ready to get all the achievements of that game that you resist so much? Enter now and enjoy your favorite video game to the fullest!
Dark Souls III - The Ringed City review ❯

Day of the Tentacle Remastered review