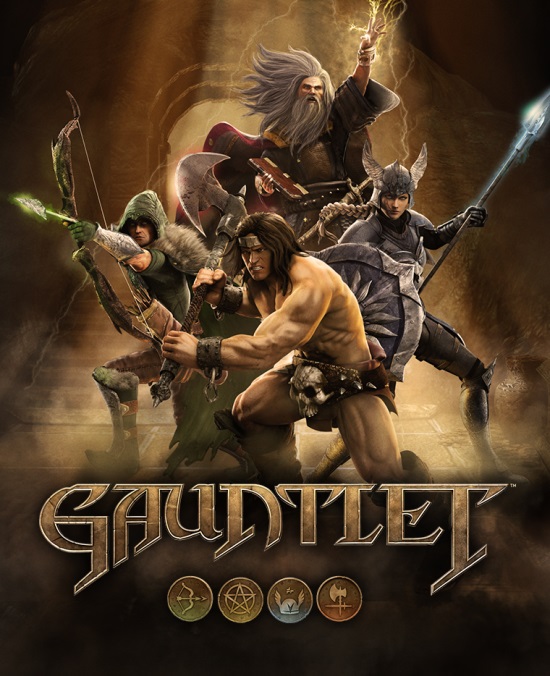 Born on a cabin cruiser in 1985, the Gauntlet has seen many ups and downs (including the cancellation of a chapter for Nintendo DS) the last iteration of Gauntlet Seven Sorrows, is now almost ten years old, class of 2005, developed for PS2 and Xbox.
Arrowhead Game Studios, With the collaboration of Warner Bros. Interactive Entertainment, gives new life to the series with a reboot for PC, capable of supporting four-player cooperative multiplayer.

We were four friends at the bar

In this new edition, Arrowhead has the main objective to make the series known to new users, while satisfying those who, in one chapter or another, have approached Gauntlet, re-proposing the hardcore spirit of the cabinet and successors.
During the prologue, which also serves as a tutorial, the four historical protagonists of the brand will be presented: Thor the warrior, endowed with immense physical strength, and with an equally immense ax, can make his way through the opposing hordes thanks to his rotating attack; Tyra the Valkyria, slightly less powerful than Thor, but much more resistant, has a shield that is used both as a defense weapon to parry the blows (and if enhanced, send them back to the sender), and as an offensive weapon by throwing it, as well as a quick lunge with the spear capable of piercing multiple opponents at the same time; Merlin, as the name suggests is the magician, and allows you to combine three elements for nine different spells, both offensive and defensive, to be cast with the right analog; Questor the archer elf closes the quartet, with its infinite ammo, the ability to roll and leave powerful bombs on the ground (or tie them to precision arrows once upgraded).

At the beginning of each game, one of the four difficulties will be selected (Easy, Normal, Hard, Unfair)

Gauntlet is to be played in a group

you will be given the choice between one of the four heroes, and decide whether to play the game alone or waiting for other players in the public lobby.
In both cases you will find yourself catapulted into the Gauntlet, a huge room with 12 doors, and a shady rune seller (more on that later), each door leads to a level, divided in turn into three subsections, populated by hordes of enemies be they mummies, skeletons, spiders or demonic warriors.
There are also three main areas of the Gauntlet (each consisting of four levels), at the end of each area the heroes will have to face the Boss Keeper of the Relic, the primary reason why they are in the cramped arena.
If the first levels can also be tackled in single player, without particular problems (at least up to Normal) Gauntlet is designed to be played in a group, guaranteeing an increasing level of challenge as both sections and difficulties continue.

In the dungeons you will not only find monsters, but also chests and heaps of gold (depending on the chosen difficulty) to be collected in order to upgrade the heroes in the main hall of the Gauntlet.
The shady Rune seller, mentioned above, will offer his services at a high price, forcing the player to repeat the levels already completed several times: moreover, if the completed levels are also available for unused heroes, the Runes will be bought every time .
Each hero can equip two different runes, and each being can be improved up to a maximum of three times (always in exchange for sound coins), among the available powers there is the possibility of creating clones that will attack in your place, temporary upgrades of stats and support spells with which to fight the hordes of enemies.
The vendor will also offer various equipment, which can only be purchased after completing a certain level at the required difficulty.

[nggallery id = "137 ″]
Upgrading the heroes to the maximum is one of the final objectives of Gauntlet, in addition to buying runes and equipment, various conditions must also be met within the dungeons, from killing a number of enemies, to suffering a quantity of damage, up to dying in the the most varied ways.

Kill or you will be killed

There are several ways to die in Gauntlet, the most common is definitely losing all health points.
The enemies will not give you a breather and will attack relentlessly, and above all without worrying that you are destroying their sacred stones or have just killed their allies.
For each defeated enemy, you will get blood points that will fill the bar at the top right of the screen, each time it is full you will be rewarded with a techio coin, the only and true pass to return to life in the Gauntlet.
The skull coins will be shared by all the participants of the game and, once they run out, they will also cause the level to fail (at Easy and Normal, you can pay for your life even with the gold collected) it follows a greater attention to the enemies and especially to the food scattered around the dungeons.
Food can be destroyed, both by enemies and environmental obstacles, and by your allies (and by yourself of course), either by mistake or voluntarily, to spite your companions.
The same goes for the magic ampoules, the only and real tool needed to use the runes, and which as you continue in the Gauntlet, you will always find in less quantity. 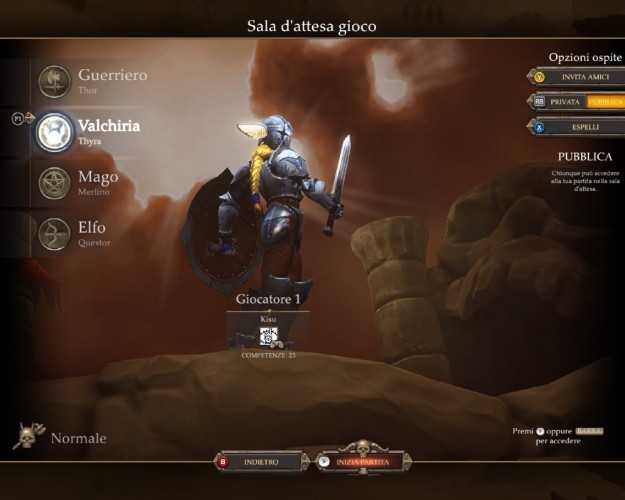 Nock If you are there

At the heart of Gauntlet is cooperative multiplayer for up to four players, each playing a different hero.
Unfortunately, probably due to the fact that the title is only available from Wednesday 23 September, matchmaking is still very slow, and on many occasions we found ourselves having to leave alone for the dungeon.

The core of Gauntlet is cooperative multiplayer

Fortunately, once you find other players, the Arrowhead title will give its best, having fun and entertaining for several hours, with no slowdowns or lag whatsoever.
The difficulty is balanced with the increase of the players, and allows you to overcome levels that would otherwise be too difficult to complete in single player such as the Bosses of the end of the area.

The video sector of Gauntlet does its dirty job, although it does not excel in beauty, especially for the polygonal models of the four heroes that are not very defined during the initial selection phase.
During the actual game sessions, however, Arrowhead makes a good impression, and gives a test of fluidity and a number of opponents on the screen worthy of much more expensive productions that have made the history of hack 'n slash.
English dubbing of all respect that fills the gap in the soundtrack, quite insipid and that only surrounds the battles in the Gauntlet; finally, the title texts are all translated into excellent Spanish.

Verdict 8/10 There was a Warrior, a Mage, a Valkyria and an elf archer ... Comment Arrowhead with Gauntlet manages to provide addictive gameplay that refreshes the spirit of the series, bringing even those who have never heard of it closer. It only takes a few games to be enchanted by the atmosphere of Gauntlet, and the only reason that could take you away from the game is the slow matchmaking for the online co-op. We sincerely hope that the title will spread and that it will soon offer new challenges for the four heroes, without forced breaks of another ten years. Pros and cons ✓ Addictive and fun
✓ Able to give numerous satisfactions
✓ Fun in group ... x ... When other players are found
x Very slow matchmaking (for now)
x Undertone video compartment
Do you want to be a video game expert and know all the tricks, guides and reviews for your video games ? Holygamerz.com is a group of video game fanatics who want to inform you about the best tricks, guides and tips. We offer you the best information to be a reference in gaming, so here you can find guides, tricks, secrets and tips so you can enjoy your games to the fullest. Are you ready to get all the achievements of that game that you resist so much? Enter now and enjoy your favorite video game to the fullest!
Sword and Shield exclusive Pokémon guides and differences - Complete list ❯

Review I'm ashamed of writing a review for Death Stranding