What good is done can hardly be re-proposed later in the same way. That beautiful flavor that Microsoft had given Live Gold subscribers during the month of June could hardly have been better. Five Games with Gold, an event that is more unique than rare, especially if we consider that some of these titles have been among the most discussed of the last 10 years; Assassin's Creed III, Watch Dogs, Dragon Age: Origins, in short, a more than satisfactory month.

What does July do?

Microsoft has decided not to reply with a crackling month, instead making available a month defined by many as not exactly positive. Meanwhile, the cybernauts have had their say:

In addition to Watch Dogs, which will continue to be available until day 15, another Xbox One title will be available starting July XNUMXst: Grow Up. There seems to be some sort of agreement between Microsoft and Ubisoft, since six titles made available starting from January 2017 belong to the French house. Grow Up, developed by Ubisoft Reflection, puts us in the shoes of BUD, an alien who is forced to search for the pieces of his spaceship on an unknown and dangerous planet. There will not be the millions of celestial bodies that we can find in No Man's Sky, but perhaps it is better this way, because the graphics of the title and above all the actions to be performed are very different from those created by Murray, but at least we will have something concrete to do . A title that perhaps not everyone will like, due to (or thanks to) particular mechanics.

To learn more:
Grow Up

From E3 2017 to E3 2010. This title picks up where the first chapter of the series left off, subtitled Dead Men. The third-person shooter puts us in the shoes of the two criminals in the particular atmosphere that the city of Shanghai offers. Through the two protagonists (in particular Lynch) we will have to make our way through the most difficult streets of the Chinese city, looking to be able to find a way out after the actions committed ...

Yes, the trailer shared above was released by Nintendo, but we can do little about it. If you write "Runbow Trailer" on Youtube, nothing is uploaded about Xbox. And if you try to search the online catalog of the site dedicated to the Microsoft console, you will notice a phrase repeated endlessly, which gives little hope to this title.

No results for the category.

Yes, because despite being already available for Wii U, 3DS and PC, Runbow will debut on XBox One on July 16th. But be careful, the title can be the real surprise of this month, despite a small flaw: it is part of the same genre as the title available for free until yesterday for Xbox Live Gold subscribers - Speedrunners. Yes, why the two games are related to each other in the importance of the multiplayer mode, which prevails over the single one, and because, if we want to talk about these two titles in a very general way, we could say that the aim is the same: to beat the opponents and get to the finish line first. However, Runbow should not be underestimated, on the contrary! It is a title that amuses you, ask our trusted Guido who has dedicated two pages to this probable surprise. 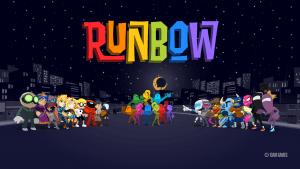 Even the famous American brand LEGO returns to the Live Gold world. After the complete Star Wars saga, Microsoft makes available the title dedicated to Pirates of the Caribbean, developed by Traveller's Tales and published by Disney Interactive Studios. Everything will naturally be seasoned with action phases combined with the fun and unique style of the Lego world, which will make gamers relive the most memorable scenes of the first films dedicated to the saga starring Jack Sparrow. 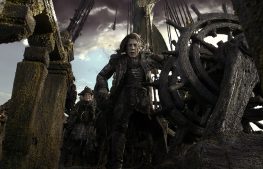 To learn more:
Pirates of the Caribbean - Salazar's Revenge (and the revenge of the saga)
Do you want to be a video game expert and know all the tricks, guides and reviews for your video games ? Holygamerz.com is a group of video game fanatics who want to inform you about the best tricks, guides and tips. We offer you the best information to be a reference in gaming, so here you can find guides, tricks, secrets and tips so you can enjoy your games to the fullest. Are you ready to get all the achievements of that game that you resist so much? Enter now and enjoy your favorite video game to the fullest!
Guides Cooking and Recipe Guide - Persona 5 Strikers ❯

Special Here's how to educate your child about video games