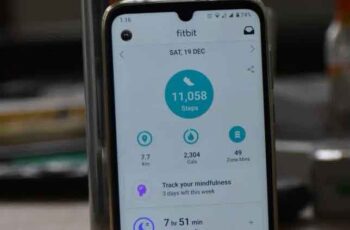 Fitbit won't sync? 6 solutions to help you solve problems. Syncing a Fitbit is a simple process that happens every time you open the Fitbit app.


However, you may experience issues with Fitbit not syncing with your iPhone or Android phone. In these cases, the Fitbit app will warn you that the fitness tracker cannot be found or that the syncing process cannot be completed.

There are several reasons why your Fitbit keeps not syncing. The most common include:

Eventually, Fitbit won't be able to transfer your data to the Fitbit app on your smartphone, and you won't get regular updates on your health and fitness data when you need them.


Fortunately, there are some solutions you can implement to re-sync your Fitbit with your smartphone.

What to do when your Fitbit isn't syncing

Note: The instructions in this guide apply to Fitbit Charge 2 and iPhone XR. However, you can follow these steps to troubleshoot syncing issues with the latest Fitbit models.

Before moving on to the specific troubleshooting steps for your iPhone or Android device, here are some essential things you can try:


Enable Bluetooth on your iPhone or Android device

Your Fitbit syncs data via Bluetooth with your smartphone. If Bluetooth is disabled, the device will not connect to your smartphone, but you can quickly turn it on from your device's settings.

Check when the Fitbit device was last synced

You can check when your Fitbit was last synced to give you an indication of when the problem may have started.

Even after opening the Fitbit app, you may find that it won't start a sync. However, you can force a manual sync to get the app to start syncing.

Whether you bought your new or used Fitbit tracker, you may or may not have the Fitbit app installed on your device.

If your Fitbit isn't up to date, it may be having trouble connecting and syncing with your smartphone. Updating your device to the latest firmware provides new features, bug fixes, and feature enhancements to help the tracker function properly and reliably.

You can use the Fitbit app or the Fitbit online dashboard to update your Fitbit device. But first, make sure the tracker has at least 50 percent charge and that you have the latest version of the Fitbit app installed on your smartphone.

Update Fitbit via the Fitbit app

You can easily update your Fitbit tracker via the Fitbit app on your smartphone.

To update your Fitbit tracker via the Fitbit online dashboard, you will need the latest version of Fitbit Connect and a Bluetooth connection to a computer.

If Fitbit isn't updating, here are some tips on what to do:


Note- Avoid updating Fitbit at midnight as you may receive incorrect steps for the next 24 hours.

Unpair and re-pair your Fitbit

If you've tried all the steps so far and none of them have helped, try unpairing your Fitbit and pairing it again via Bluetooth.

Reset or erase your Fitbit

As a last resort, you can try resetting your Fitbit device. The reset will erase all your data and restore the tracker to factory default settings.

After resetting your device, you can restore the data synced with your Fitbit account online. However, performing a reset varies depending on the Fitbit model you own. Can:

Note: Some Fitbit trackers such as the Blaze and Surge models do not have a factory data reset option. You can read full instructions here for each type of Fitbit device.

How to set up and use Fitbit

Re-sync your Fitbit with your smartphone

A Fitbit that doesn't sync is greatly reduced in its capabilities. Ideally, both Fitbit and your smartphone should automatically sync whenever the two devices are nearby.

If your Fitbit doesn't sync even after you've tried all the troubleshooting steps in this guide, we recommend that you contact Fitbit's support team for further help. You can also check out our favorite Fitbit alternatives for all price ranges. Leave a comment and let us know which solution worked for you.

Fortnite, how to use the mouse and keyboard on PS4 ❯