Firmware vs software: what are the differences 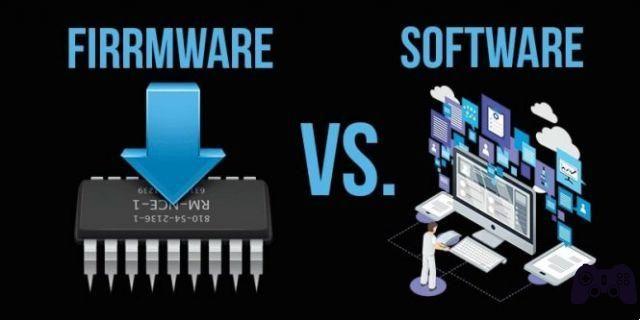 If you've ever dabbled in custom ROMs or manually installed an Android OS update, you may have come across the term "firmware". When flashing an operating system update, you need to create the software for the specific firmware or hardware of the device. This difference is part of why it can take so long for an OEM to deploy the latest version of Android on all devices.


We weren't very clear, but there is a critical distinction between firmware and software, the latter of which is probably a much more familiar term. In short, the firmware sits very close to the hardware, while the software is what runs the firmware. Let's explore firmware vs software a little more.

Both firmware and software are snippets of code running in the hardware inside the phone and other gadgets. The key distinction is what they are designed to do, where they are saved, and how easy they are to update and modify.

Software is generally considered to be a program or piece of code designed for user interaction. It is the "top level" of code that allows users what they need.


This could be an app on your smartphone, a home screen widget, and just below the Android OS itself as well. The software is usually written in a high-level language, such as Java, with many predefined libraries and functions to facilitate development.

Software: Interactive applications that run through the hardware of a device

Why do smartphone chips suddenly include an AI processor?

The software works off the CPU and vice versa and on other main processors, making use of RAM and flash memory to save and load data. Another key point is that the software can be changed without having to put your hand on the hardware, by performing a simple update. With some exceptions, the software is designed to be as hardware independent as possible.


Instead of running on the main CPU, firmware often runs on smaller processors dedicated to hardware components. For example, this could include a memory controller for a flash memory drive.

Firmware is typically written in a low-level language, with little library support as the code is highly customized for individual devices.

Firmware: Low-level code that controls and configures the specific hardware of a device

Firmware is a code that allows the hardware to be configured correctly and provides its basic functions. It is the essential backbone that ensures that the hardware works and that it is accessible by the higher level software. The hardware that runs the firmware includes flash memory chips, CPUs, and displays.


Updating the firmware can be a little more complicated, as the software you are running depends on it. This is why you don't need to restart your phone after updating an app, but it is needed when installing a major Android version update.

The battle between firmware and software takes place inside your smartphone. In fact, the two are essential to keep everything going smoothly. You will never interact with the firmware directly, but it performs a number of important functions.


The firmware inside the smartphone includes the code running inside the camera module. It handles image collection and advance processing, before delivering the data to the ISP and other processing components.

Likewise, the display will also have its own microprocessor, complete with firmware, to manage color data, brightness, gamma and other settings. The CPU also has its own firmware in the form of a low-level kernel to optimize task scheduling, clock speeds, and power consumption.

The smartphone software includes the Android operating system and therefore the running apps. So all your apps are software, including Facebook, Chrome, Gmail, and Play Store.

As you can see, you will interact regularly, update, add and delete software from your device. The firmware remains firmly working in the background.

add a comment from Firmware vs software: what are the differences