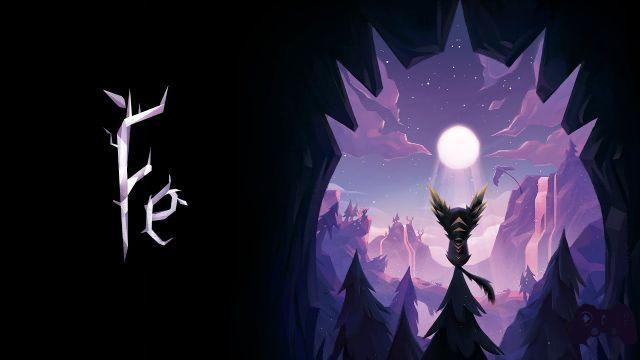 The attention of the big software houses towards the independent market is gradually becoming more and more popular. Electronic Arts, Square Enix, Microsoft products these are just some of the names that in recent years, grasping the potential of this phenomenon, have invested time and resources to propose to the general public titles that would hardly have received the same media coverage.

And here it is EA on the occasion of the release of Unravel, has launched a line of indie titles designed for the general public and which, after 2 years from the release of the game starring the "woolly" character of Coldwood Interactive, is preparing to expand its line up with FE by Zoink! (Stick It To The Man, Zombie Vikings) e A Way Out by Starbreeze Studios (Brothers: A Tale of Two Sons). And the fascinating Fe is the game we're going to talk about today.

Save the forest, save the planet.

FE is a classic platformer with an eye to the contemporary

The theme of nature, the planet in danger, the threat of man towards his land. Ecological and reflective messages that may seem distant to a distracted eye from the world of video games but which are cyclically proposed on several occasions.

FE is one of these games, in which we will impersonate a defenseless creature who will have to save his forest, his home, from the looming menace of the Silent. These mysterious creatures are wreaking havoc by endangering the natural ecosystem and all its inhabitants. We will therefore have to "exploit" our innate power, that of communicate with other forest beings through singing, taking advantage of their skills.

Fe has an intuitive gameplay that combines classicism and originality, with an execution that focuses on its emotionality.

FE proposes itself as a platform-adventure structured like the classics of the old guard, with a central hub from which the various explorable areas branch off.
All of this, however, with an eye to contemporaneity, which will manifest itself in play with some design elements that develop around the power of Fe.

Alternating the solving of environmental puzzles, very affordable despite requiring in some cases a study of the environment to be solved, to the platfom phases which are also very simple and accessible. The game will open as we gain access to new powers that will allow us to advance and visit new areas.

The song of the forest

The gameplay expands as we face the adventure

At first, little Fe, learning to communicate with mammals that resemble squirrels, will acquire the ability to climb trees. From here the gameplay will be enriched with new actions such as the ability to glide, "activate" air flows (which will extend the width of our flight) and springboards, or open otherwise inaccessible doors..
The interaction with the FE fauna will be fundamental to initially exploit the powers linked to singing. "Synchronizing" with the various animals will serve to forge a bond of friendship, which will translate into concrete help, until we have learned the "language" and obtained the skills to activate the required skills on our own.

Fe not being able to use fighting techniques to face the Silent, he will have to avoid meeting their gaze, taking advantage of the cover offered by the bushes in small stealth sections. In the event of death, the game will restart from the nearest checkpoint, thus allowing us to continue the adventure.

The absence of a combat system reflects on two fundamental aspects.

The first is a basically low level of challenge for the entire duration of the 5/6 hours necessary to reach the final. The other is the lack of boss fight, which in a platform / adventure of this caliber, would certainly have enriched the whole.

A story without a story

But there is a but. Despite this dose of originality, FE lacks the panache that usually distinguishes an average title from a “masterpiece”. With this we absolutely do not want to diminish the work done by Zoink!, Indeed, there are many positive aspects that orbit around their creature, but in general there is the feeling that something is missing.

Perhaps the biggest problem with FE stems from its history and the reasons that will push you to embark on this adventure. If it is possible, to guess the reasons that will give way to the game, the absence of dialogues and narrative elements, a stylistic choice increasingly used in this type of productions, becomes almost an obstacle in understanding the why of certain situations. 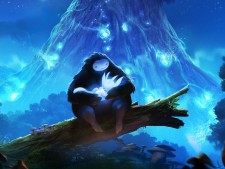 To learn more:
Ori and the Blind Forest

True, there is an ecological message that echoes loudly throughout the adventure, but beyond that it is hard to make sense of everything else.
The absence of narration despite being a ploy that makes use of the power of images, and in other cases it works more or less effectively, on FE this tightness becomes a limit that artistic aestheticism alone cannot fill. The numerous collectibles present are also of little use, from mysterious graffitied stones to flashbacks, which rather than clarify the ideas, will complicate things extremely.

Take the art and put it aside

If on the narrative side FE fails to express itself at its best, on the visual one, on the other hand, it shows a strong and appropriate potential for the type of game proposed. Also in this case FE draws heavily from what is one of the trends of recent years, especially in the indie field, using a graphic sector that makes use of the “low-poly” technique.

The graphics team was therefore skilled not only in "copying" a technique but in giving its own interpretation and strongly characterizing the style of FE (also thanks to a refined and appreciable level design), which continuously plays on chromatic contrasts and infinite spectra of color capable of resonating with the player.

Zoink! creates an angular and multifaceted polygonal world that reveals the entire experiential background of the software house ...

All the ecological metaphors we have already talked about will come to life on the video.
And it is this particular and scenographic staging that wins over everything, and it makes us turn a blind eye to the fact that a real background story is missing or that sometimes the controls are not quite as reactive and precise as we would like.

There is a passage during one of the central phases of the game, where we will have to climb a huge deer that overlooks one of the areas to visit. In itself nothing shocking, but the mix between images and music manages to create a perfect alchemy for the entire duration of the climb, and we challenge anyone to remain impassive in front of what you will experience on video.

The sound also represents an inseparable element of the essence of FE and here, more than ever, with its symphonies, its sounds and noises, it too tries to tell us something. The aspect of Fe's song, which essentially takes the form of guttural verses at times almost clumsy, is the keystone of the whole adventure, and around this the whole game develops.
The atmospheres of FE, which change thanks to the continuous changes of visual nuances, influence its sounds in the round, giving body and shape to an audiovisual experience that from this point of view has nothing to envy to anyone.

Verdict 7.5 / 10 The forest is in danger. Share if you are outraged! Comment FE is certainly a work of style, elegant and refined. But can these qualities alone be enough to keep a work of this magnitude standing? Unfortunately the answer is "no". Throughout the game, Zoink's good intentions are evident! profuse in proposing a title with good gameplay and definitely inspired on the audiovisual front. Unfortunately, the narrative sector of FE is the unstable element of this structure and even if in this case we are able to grasp the ideas of the philosophy of this "ecological" project, there is no quid that can make us fall in love completely with the game. And it is a shame because during this adventure, FE manages to give moments that are quite "strong" on an emotional level, but which alone are not enough to consecrate it as we would have hoped. Pros and cons ✓ Artistically unassailable
✓ Balanced gameplay between classicism and contemporaneity
✓ Good emotional impact
✓ Positive background message ... x ... but there is no narrative structure to support it
x All too easy and short
Do you want to be a video game expert and know all the tricks, guides and reviews for your video games ? Holygamerz.com is a group of video game fanatics who want to inform you about the best tricks, guides and tips. We offer you the best information to be a reference in gaming, so here you can find guides, tricks, secrets and tips so you can enjoy your games to the fullest. Are you ready to get all the achievements of that game that you resist so much? Enter now and enjoy your favorite video game to the fullest!
Dissidia Final Fantasy NT Review ❯