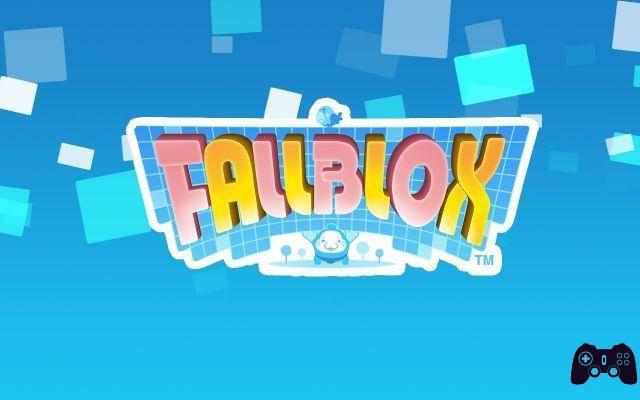 Less than a year after that Pullblox that had surprised the owners of Nintendo 3DS with its simple but bizarre gameplay at the same time, quickly becoming one of the must-have titles of Nintendo eShop, the guys of Intelligent Systems are back in charge with Fallblox, a real surprise sequel, announced a few weeks before its release, which took place again through the digital delivery service of the 3D laptop.

In Fallblox we will again take on the role of Mallo, a nice and plump protagonist, in the quest to recover 100 birds accidentally made to escape. Like the children in the previous chapter, the colorful birds will be positioned on the top of huge blocks called Fallblox, which our hero will find himself having to climb. The similarities with Pullblox end here, given that although the two titles are aesthetically similar, their gameplay could not be more different. While in Pullblox blocks could be slid forward or backward, like desk drawers, to create the stairs that would lead Mallo to the goal, Fallblox introduces two new concepts that completely revolutionize its mechanisms. First the blocks can be moved in all four directions: forward, backward, left and right. The blocks will also be subject to the force of gravity, which will cause any block that is deprived of its support to fall irreparably to the ground. The Fallblox movement will therefore have a whole new series of consequences: dropping the wrong block at the wrong time could for example mean the impossibility of creating a complete ladder towards the bird waiting for Mallo on the top, and therefore an instant failure. In Fallblox we therefore find multiplied the spatial variables to be taken into consideration when solving each puzzle, and multiply the chances of failure. Despite this, the game never seems to appear too hard or frustrating in the eyes of the player: the difficulty gradually increases and for the first 20 levels we will have useful tips for solving the puzzles. Among the extras there will also be 90 simplified levels, called exercises, which will better allow you to learn some fundamental techniques in the continuation of the adventure. Should the player encounter difficulties in any of these exercises, it will be possible for him to view the solution, in order to have immediately clear the technique to use (and possibly assimilate and re-propose during the main game). Once you have learned the basic techniques, the resolution of the Fallblox takes place more quickly, and learning to recognize how the shapes of each block will have to recombine to form the coveted ladder can give the player considerable satisfaction.


Halfway between Portal and Catherine ...

As we proceed we will meet gods blocks equipped with gadgets, which will complicate and make the mix more varied. Among these, the portal blocks already seen in Pullblox will return but blocks able to remain in the air even in the absence of supports and mobile blocks will also be introduced. Despite these complications Fallblox provides the player a large number of tools to avoid excessive frustration: from the previous chapter the possibility to rewind the time for a few seconds, deleting wrong moves, and to reset the puzzle, while this time of particular usefulness will be the possibility to move the camera on each of the four sides and to move the field. The ability to move the blocks in four directions actually adds a significant spatial component to Fallblox, and the opportunity to observe the puzzle from every point of view is very welcome.

The aesthetic presentation of Fallblox is in all respects identical to that of its predecessor, with simple, colorful and functional graphics. Since the game is less focused on shifts in the direction of depth, this time less weight has been given to the stereoscopic 3D effect, while some perplexities remain about the design of characters, which, however cute and likeable, have at times grotesque characteristics (for what reason Mallo, the protagonist, must wear the fundoshi, the panties of Japanese samurai or sumo wrestlers?). The music is catchy and lighthearted, although in the long run their repetition along the many levels of the game may tire some players.


Editor and QR codes to the rescue!

Fallblox offers players 230 levels of which 90 exercises, 100 levels and 40 extra levels, a number lower than that of the prequel but adequately balanced by the moderate increase in difficulty. Although once the game mechanics have been assimilated it is possible to proceed quite quickly, Fallblox can offer several hours of gameplay for even the most savvy player, thanks to its clever puzzle construction. For those who want more, the popular level editor also returns in this release, which allows anyone to create and share their own levels. The editor provides the player with all the tools for create levels exactly like the ones in the main game and allows, not before having the player tested the level, to prove that it is solvable, to share it with other users via QR code or via images saved on the SD card. The system for importing levels into the game has in fact been improved and to do so it is now possible, in addition to scanning the QR code with the 3DS camera, also to download an image of it in the SD card of the console.

Verdict 9/10 The consecration of Mallo Comment Fallblox turns out to be yet another target for Intelligent Systems. Instead of making a mere expansion of Pullblox, the team decided to bet and completely revolutionize the gameplay, a bet that can be said to be won at all levels. While remaining in thematic continuity with its predecessor, Fallblox surpasses it in every respect, managing to insert new levels of depth without the player feeling the weight or being somehow intimidated. The brilliant design of the puzzles and the never abrupt progression in their difficulty help create that "one more puzzle and then I'll stop" mechanism that turns Fallblox into a real drug. It is also impossible not to mention the powerful level editor, the real icing on the cake of the entire package, a feature capable of extending its longevity practically indefinitely. Like Pullblox before it and even more than Pullblox, Fallblox is the Nintendo eShop Game to have on your 3DS. Pros and cons ✓ Not a mere re-release of Pullblox
✓ Well thought out puzzles
✓ Powerful level editor x It can be difficult for some
x The character design doesn't have much appeal
x Perhaps shorter than the predecessor

Do you want to be a video game expert and know all the tricks, guides and reviews for your video games ? Holygamerz.com is a group of video game fanatics who want to inform you about the best tricks, guides and tips. We offer you the best information to be a reference in gaming, so here you can find guides, tricks, secrets and tips so you can enjoy your games to the fullest. Are you ready to get all the achievements of that game that you resist so much? Enter now and enjoy your favorite video game to the fullest!
Rise of the Tomb Raider review ❯