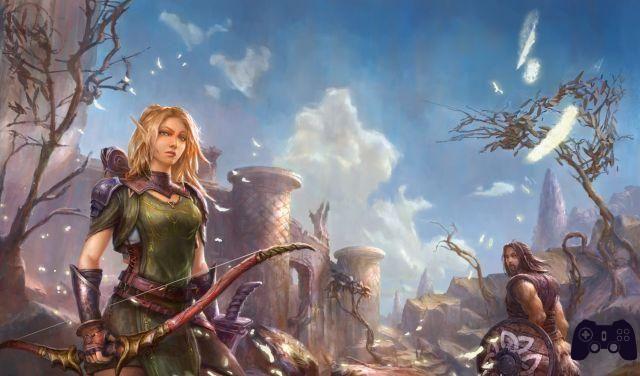 Google announces Stadia. PlayStation Now arrives, opening the doors with Microsoft to the era of remote streaming. We are at the end of a generation in which titles such as The Witcher 3 and Red Dead Redemption 2 have revolutionized the way a video game is told, blending gameplay and narrative in a union that had never given fruit so rich.

We are at the gates of the future.

For this reason, when I started Eternity: The Last Unicorn, I thought I was dealing with a title he learned from monsters like God of War and Hellblade. An independent game set in the Norse world, with a beautiful elf as the protagonist? Promising to say the least. Especially after pearls like Brothers: A Tale of Two Sons, or even that semi-unknown but delightful KYN that was a wonderful Viking-themed strategy game.

In fact, already from the initial loading screen, I realized that Eternity doesn't care about the future and the present, and in a sense also the past. Enough to make me doubt to find myself in 2019. 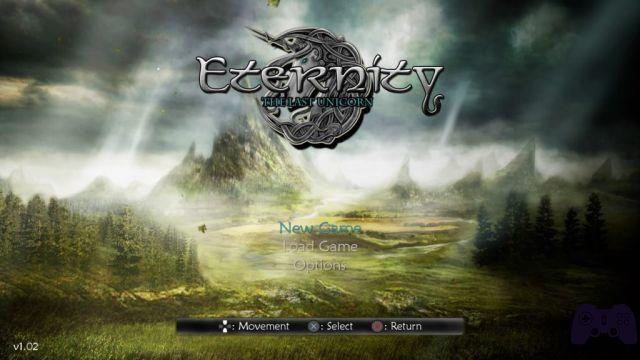 Eternity's initial menu is quite evocative. But it won't last long.

I did not know I was in 2007. But, in reality, even in 2007 I had never seen a Lorem Ipsum slapped on the pages of a virtual book, with a vaguely elven font and nothing but subtitles to "translate it" into a made and finished story. .

I still thought it was a bit cliché to start a video game with a book that opens, huh, also for 2007.

As the camera scrolled over the various sections of the book, I found that the world was once inhabited by an ancestral race of unicorns with magical powers, and that the only survivor of the race had now lost all its power. Our protagonist, the only elf able to communicate with the ancestral race, will embark on a journey in search of something that can restore that lost power, to bring light back to the world and discover the secret of divine Eternity. And this, in a nutshell, is the story of Eternity. Neither more nor less.


Taken like this, the premises would not be bad at all. The problem starts when we try to interact with the different characters in the game: everything appears written in a rather anonymous, cold and soulless way, a style so “far away” from the characters and the player that it cannot drag into the story even by mistake. An approach to the video game that hasn't been seen for at least a decade - if not even before the PlayStation / N64 generation. 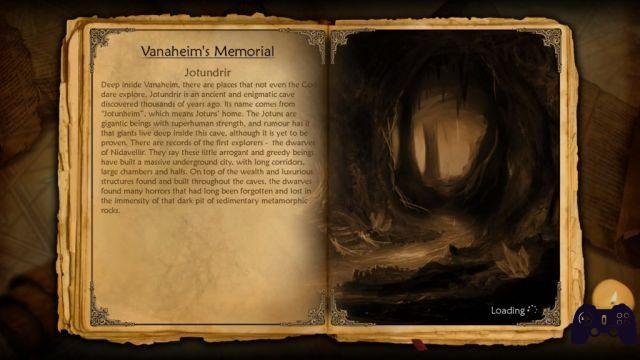 The game will often show us walls of text loaded with information, but rather lackluster in the narrative.

CombatElves are ancient creatures with great magical powers, right? Not really: our protagonist will fight mainly with swords, with attack patterns practically identical to the second playable character.

I didn't know I was in 2007, but it must be said that the first start of Eternity gave me a couple of doubts. After a fairly "spartan" loading screen and the aforementioned introduction to the bitter aftertaste of Lorem Ipsum, we find ourselves inside the temple of the Goddess in the role of our protagonist. Without any kind of introduction for the character except that given by the book in Latin. Forget cutscenes and other frills: Eternity is serious, you immediately start to control our avatar without too many ceremonies. Not even a small scene filmed in CGI. Those are left to those who want to do them.


The feeling of displacement gives way to a wave of vintage when trying to move the camera: Eternity has a wonderful fixed-frame camera, which will arbitrarily decide how best to get us wedged between a wall and a giant furious boss. If you've played the very first Resident Evil or the two Dino Crisis on PlayStation, you should know exactly what to expect. With the difference that those two had almost a directing and photographic studio behind every single shot.

With just five or six animations in total related to the character (we challenge you to count more), the combat system is almost passable at first, but soon becomes woody and sloppy, with problematic hitboxes and perspective problems related to the fixed camera. 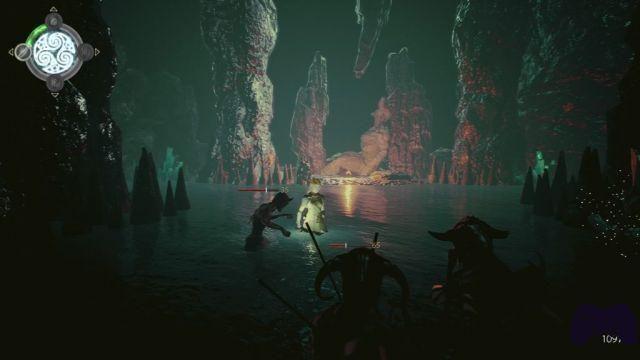 There is a certain charm to taking on hordes of enemies with a staggered perspective.

As a scholar and enthusiast of Germanic mythology, and especially after seeing the possibilities of such a world in God of War, the expectations for plot and combat were extremely high. But neither the Elf nor the second playable character (a dying Viking, restored to health by unspecified magic) manage to capture the player in the story, due to the embarrassing flatness of the dialogues and the lack of real care for the general work. 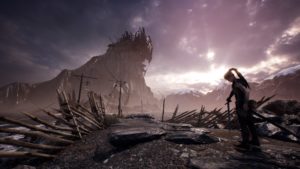 To learn more:
Ars Ludica in: Hellblade and Germanic Culture

I didn't know I was in 2007, and I wouldn't be surprised not to be at all. Because the problem with Eternity is not being old: dozens of titles every year march on nostalgia to formulate their own playful discourse, and there is nothing wrong with using vintage as the backbone of your work. Undertale is so exquisitely retro that it has become one of my favorite titles.


The problem is that Eternity is lazy, patchy, sloppy, careless, and frustrating. Frustrating because it (unfortunately) betrays expectations: it promises a compelling world, full of fascinating creatures, magic and mythology, a world that should be as cared for as the story you wanted to put into it, but fails miserably. And it does it in the crudest of ways: invisible boxes that are literally there to act as command prompts, a fixed and inefficient camera even by the standards of the decade of reference, mundane writing and walls of text in the journal that sound more like voices from a encyclopedia that not as a kind of "codex" for the lore. Not to mention the countless bugs and glitches that plague the gaming experience. 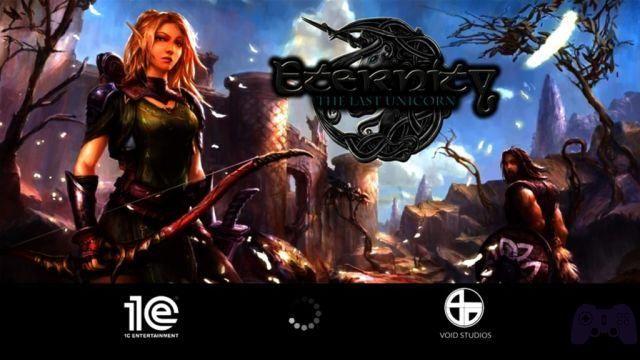 Much more was expected of Eternity, if only for the potential that an elven protagonist and such a fascinating game world could have. And, for this reason, you can also decide maybe to give it a chance beyond the first playing area - it's just a moment, they say, it will pass, they say.

But then you get to the second area, and the third area, and you talk to another completely anonymous NPC, and you face a completely ill-conceived boss, and you go through the same areas with both characters without the other adding anything. really meaningful. You get lost in the map devoid of indications of any kind, perhaps. And when you reach the umpteenth ill-conceived enigma, or die in front of the umpteenth troll that inflicts three times our damage, you can only turn off the console.

Or simply close the application and launch Hellblade, asking Senua to tell us her beautiful story once again.

Because I didn't know I was in 2007. But then, when I think about it, I remember that in 2007 the first The Witcher was also released.

Verdict 4.5 / 10 The last unicorn - thankfully Comment There was a lot to expect from Eternity. Unfortunately, our test did not meet expectations: at present, The Last Unicorn is a lazy and barely passable title, absolutely unable to compete with an indie of the caliber of Hellblade or even less ambitious titles like the recent Niflheim. The recent release of new post-launch patches by the developers undoubtedly demonstrates their goodwill; but there is too much to go before Eternity can be considered a "very good experience" worth playing, and we are not sure that such a radical change is possible. Such a pity. Pros and cons ✓ Great potential ... x ... wasted to say the least
x Dull texture
x Woody fights
x Too many technical problems
Do you want to be a video game expert and know all the tricks, guides and reviews for your video games ? Holygamerz.com is a group of video game fanatics who want to inform you about the best tricks, guides and tips. We offer you the best information to be a reference in gaming, so here you can find guides, tricks, secrets and tips so you can enjoy your games to the fullest. Are you ready to get all the achievements of that game that you resist so much? Enter now and enjoy your favorite video game to the fullest!
News Metro Exodus PC specs released in February ❯

Add a comment from Eternity Review: The Last Unicorn - What Year Is It?