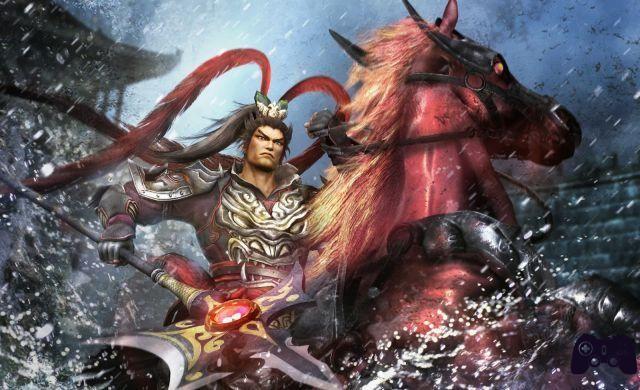 With the arrival - in July of last year - of Dynasty Warriors 8, Tecmo Koei churned out yet another chapter of his successful saga. The Musou genre was enriched with a title that presented some novelties and many playable characters making it one of the best exponents of the genre (also considering the chapters inspired by anime and / or manga). Besides the novelties, the soul of the game remained intact. Take on hordes of enemies and make your way across the battlefield until you reach the objectives. From conquering a castle to a decent retreat, the battles of Dynasty Warriors always see the player commanding a character and mowing down anyone who stands in his way. After a few months, as usual, Tecmo Koei has launched on the market an enhanced version of his latest effort by "Dynasty Warriors". Dynasty Warriors 8: Xtreme Legends Complete Edition adds more content to the main chapter, expanding it from every point of view.

THE KING OF CHAOS IS THE PROTAGONIST (OR ALMOST).

What immediately catches the eye among the added contents is the expansion of the story mode. In fact, now in addition to the selectable “classic” stories, we will also be able to experience the battle from Lu Bu's point of view. The titanic character, often met as an enemy, makes his physical strength the winning weapon. The few hours of additional campaign complete the narrative framework and fit together with those of the other characters.
In addition to the campaign of Lu Bu, 5 characters have been added reaching a total of 82 warriors for all tastes. Lu Lingqi Lu Bu's daughter, Chen Gong his strategist, Yu Jin an officer of Cao Cao, Zhu Ran an officer of the Wu e Fa Zheng an officer (and strategist) who played a key role in Liu Bei's campaign to conquer the territory of the Shu.

Already the eighth chapter added to the proven gameplay of the series some pleasant "goodies". The mode Ambition, to begin with, with its management structure and (largely) short missions. The player is asked to build a headquarters worthy of the Emperor himself. This was done by gathering materials to develop the field and acquiring allies and reputation. All of this of course can only be done by fighting on the pitch.
In the mode Challenge instead there are several challenges to excel (complete with a dedicated trophy) both offline and online. Challenges range from classics (even from other types of games) such as Speed ​​Run (where milestones must be reached as quickly as possible) or Rampage (a sort of Time Attack) up to more imaginative modes like the Bridge Melee whose goal will be to literally knock enemies off a bridge.
Large "New Entry"of Xtreme Legends are the Ultimate difficulty and the relative increase in the level cap. Passed from the old 99 to 150, presumably as a matter of balancing with the new difficulty. Small differences instead in the details such as in the interface of the Free Mode.
Ultimately, it can be said that Xtreme Legends expands the gameplay of Dynasty Warriors 8 without particularly upsetting it, but adding hours of gameplay.

The PS4 version of the game obviously offers the technical pinnacle, to date, of the series. The textures are sharper starting from the armor, passing through the enemies - unfortunately all the same - and ending on the scenarios; the animations are treated in detail, especially in the cutscenes. The “pop-up” effect is practically non-existent (for the uninitiated: when elements of the scenario or enemies suddenly appear). The large number of characters on the screen affects the frame rate anyway in single player offline it never drops below 30fps. Quite another thing for the offline cooperative (split screen) in which, in crowded situations, the weight on the frames starts to feel.

Whether offline (with all limits listed above) or online, the Dynasty Warriors 8 Xtreme Legends Complete Edition multiplayer experience is exclusively cooperative. The entire story mode, or the Free mode and even the Ambition can be faced in the company of a friend or with adventurers from all over the world (although the number of online players is small and you will have to arm yourself with patience).


Verdict 8.5 / 10 Hordes of enemies also on "next-gen" Comment If Dynasty Warriors 8 was the game that a Musou lover shouldn't miss, even more so is Xtreme Legends, if you haven't bought the base game this one Complete Edition offers all the experience of the latest chapter of the Omega Force warriors and more. More characters, an expanded story mode and small fixes make it a must have even for non-fans and for those who want to get closer to the genre (even more so on PS4). However, it should be taken into consideration that being a musou also suffers from the chronic defects of the series, such as the repetitiveness of the actions to be performed and particular as the enemies all the same in design. Final mention of merit for the choice to insert the cross-save with the PSVita version. Pros and cons ✓ All the good things musou have ...
✓ Lots of characters.
✓ Hundreds of hours of gameplay.
✓ Even more fun in the co-op. x ... and bad
x Excessive cost for those who already have the basic version.
x Difficult to find players online.

Do you want to be a video game expert and know all the tricks, guides and reviews for your video games ? Holygamerz.com is a group of video game fanatics who want to inform you about the best tricks, guides and tips. We offer you the best information to be a reference in gaming, so here you can find guides, tricks, secrets and tips so you can enjoy your games to the fullest. Are you ready to get all the achievements of that game that you resist so much? Enter now and enjoy your favorite video game to the fullest!
Sleeping Dogs Definitive Edition review ❯

Review Interrogation: You will be deceived