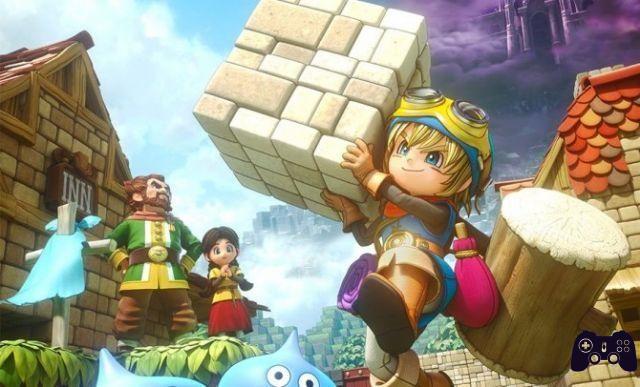 When you think of Square Enix RPGs, the first Western thought is always and inevitably final Fantasy. But in Japan there is another series that reigns supreme in the hearts of fans: Dragon Quest. Strong of the character design curated by Akira Toriyama (the father of Dragon Ball) and of a classic turn-based gameplay, the series is experiencing a new youth in the West thanks to the chapters for DS and the latest released on 3DS and to the spin-offs of different genre: Dragon Quest Builders is part of this second category and combines RPG mechanics with crafting and researching materials. Out next October 14 on PlayStation 4 e PlayStation Vita, we have been exploring the new world for about ten hours, and we are ready to give you some first impressions while waiting for the review that will arrive in the next few days.

In this preview we will not tell you about the Dragon Quest Builders storyline, but we will mainly focus on how RPG mechanics mix with crafting and material research. The player's goal is to bring the light back to the world, by building cities and exploring lands steeped in darkness, and by convincing more and more humans to join your cause. To do this it will be necessary to fulfill numerous requests: from the recovery of certain objects or recipes, to the exploration of nearby islands in order to find new allies or resources, in an expansion process capable of accustoming not only those who want to see how the story continues but also the lovers of the genre. Dragon Quest Builders offers a smart and well-organized crafting system: a list of recipes that will be expanded every time a new resource is obtained, and which will remain sorted by type of instrument to be easily accessible at any time (via the sub-menu entrusted to X). The first missions of fellow citizens obviously serve to practice the commands, learning the basics of how to build rooms and workbenches: the first will serve as a refuge even during explorations, allowing you to push yourself further and further away from the base and to survive the evil night demons.

Inventory management is the other aspect of Dragon Quest Builders that struck us positively: after the first few moments in which you have to be careful with resource management, you will be given the opportunity to send everything to the base, freeing our pockets without lose valuable assets. For now we have not encountered any space problems (although the case of the base also has a limit), and we will certainly return to this point in the review phase. 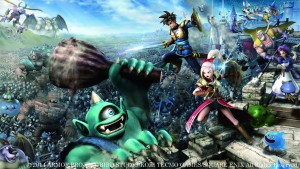 To learn more:
Dragon Quest Heroes: The World Tree and the Roots of Evil

First line of defense against monsters

Also in the review, we will also focus on the actual repetitiveness of this spin-off which in these first hours tries to illustrate different missions, trying to vary the objective several times. Among these, certainly noteworthy are the defense phases, in which you will have to face several hordes of monsters preventing them from exceeding the city walls. At first it will be only the protagonist who will fight, as new villagers join the cause they will be a practical help against the hordes of demons. Of course, the crafting of defense systems will also be required, in a vicious circle of research, construction and combat that permeates the events of Dragon Quest Builders. The game recommends creating during the day, and resting during the night, not only to fully restore life points, but also to avoid the strongest demons who, with the favor of darkness, could eliminate the player in a few strokes. During these first hours we have died a dozen times, very often due to naivety due to falls too high or to challenges with monsters too strong for our tools. Nothing insurmountable and inconceivable, and above all a further point to dwell on when we go to give a definitive judgment to the title.

Comment After the first hours spent in the company of the Square Enix title, Dragon Quest Builders is convincing us thanks to a right mix of role-playing and crafting that manages to mix without overdoing either of the two points. Obviously we are still at the beginning and we do not yet feel we can fully judge such a vast and full of things to do. During the review we will try to confirm our questions and find out if this Dragon Quest spin-off also deserves the attention of fans of the brand. Pros and cons ✓ Addictive and full of things to do
✓ Simple but successful mechanics x Real longevity
x Effective repetition

Do you want to be a video game expert and know all the tricks, guides and reviews for your video games ? Holygamerz.com is a group of video game fanatics who want to inform you about the best tricks, guides and tips. We offer you the best information to be a reference in gaming, so here you can find guides, tricks, secrets and tips so you can enjoy your games to the fullest. Are you ready to get all the achievements of that game that you resist so much? Enter now and enjoy your favorite video game to the fullest!
Corpse Party Review: Blood Drive ❯