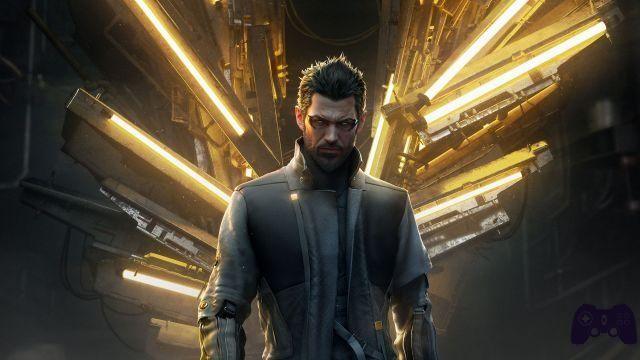 After 5 years of being appreciated Deus Ex: Human Revolution, prequel and reboot of the sci-fi saga started in the 2000s by Ion Software, we are today talking about the awaited new chapter, which starting from the basics of the previous title, follows the path of the ending that had outlined Human Revolution (despite the 3 different epilogues, the underlying plot was the same for each one), to continue the events of the special agent Adam Jensen. Let's find out together Deus Ex: Mankind Divided, available since August 23 on PlayStation 4, Xbox One and PC.

After the tragic events of Human Revolution, humanity split in the face of the issue of upgrades

After the tragic events of Human Revolution, humanity split in the face of the question of bio-enhancements and genetic grafts, creating factions and conflicts between for and against. A degenerative situation that is taking unexpected turns, leading society to question the morality, right or wrong, in the use of enhancements and their impact on daily life. And as revolts break out around the world and cities become armored, with strict curfews and population controls, Behind this increasingly critical situation, a degrading scenario emerges where the power games of large corporations decide the fate of humanity, local terrorist groups dictate the law and religious sects plagiarize the minds of civilization with the illusion of some hope of salvation.

In all this we will experience firsthand the events of Adam Jensen, who after having started the "revolution" of the previous episode that opened the eyes of the world on the thorny issue of upgrades, finds himself today collaborating with a special team, the Task Force 29, a group created by Interpol with the intent of make a contribution to the enhanced fight against terrorism. Finished victim of an ambush during a mission in Dubai, our Adam will return to Prague (TF29 headquarters) to investigate the incident also thanks to the support of the Juggernaut Collective, a group of hackers ready to do anything to bring out the truth and frame the Illuminati, believed to be the authors of the collapse of the company. Here the unfortunate Jensen will find himself in spite of himself the spectator of a terrorist attack, one of the many that is tormenting the Czech capital, which will send its system and its upgrades into a tailspin. During a check to restore everything Jensen will discover that in his body there are experimental implants, a new technology hidden inside and remained hidden until now, triggering numerous questions in Adam.: Who placed those upgrades there? What connects it to the attacks? What are the Illuminati plotting again?

Deus Ex: Mankind Divided broadly proposes the same winning formula as its predecessor, with a first-person adventure between the classic FPS and a stealth game, all seasoned with RPG mechanics that regulate both the structure relating to the growth of our protagonist and the development of the story. In this chapter it is even more evident how much Eidos Montreal has decided to focus more on this aspect, creating a story that unfolds and articulates according to our way of interacting with the world of Deus Ex, not only abandoning the main road in search of new side quests, all always well orchestrated and never as trivial as it often happens, but inserting turning points within the narrative plot that will have a decisive weight for the purposes of the epilogue. These crossroads will require the player to make well-defined choices that will lead to important moral reflections (for example deciding to sacrifice a dozen innocent people's lives to save thousands).
Always traveling on this aspect, as proof of wanting to focus more on history and its developments, Mankind Divided makes a sort of involution compared to what was done with Human Revolution and which was anticipated with the version Director's Cut some time after: in this new chapter the bosses and the battles related to them disappear almost completely, focusing more on dialogue phases where the non-lethal element is preferable to mere brute force, although, depending on the choices made, we can somehow even lead to the death of our interlocutor. Even the only real battle that we will face at the end of the game, does not shine particularly, and can be concluded within a few minutes without the need to risk your life.

Mankind Divided offers full freedom in the approach to the game

From this point of view, Mankind Divided offers full freedom in approaching the game, stimulating us to act as we see fit in every situation. The stealth element, as in the past, has the advantage of making everything “simpler”. Acting in the shadows, compared to opening the way by spitting lead on the enemies puts us in an advantageous position, allowing us to act freely and calmly plan our moves. On the other hand a deliberately bolder action can be hasty and sometimes more rewarding. It will therefore be mandatory to have clear in mind which path to take, and to do so it will be necessary to carefully choose which upgrades to invest Praxis kit (obtainable upon reaching a certain amount of experience points) which will be used to purchase new functions for the systems, opening the way to otherwise inaccessible possibilities. This being a sequel and having all the upgrades unlocked from the start, Eidos Montreal managed to manage the entry of powers into the game well.


In fact, once the first mission in Dubai that serves as a tutorial is over and returned to Prague, the new enhancements will come to light which, being experimental, will put a strain on the resistance of our system, forcing Adam, and in turn the player, to choose depending on the cases, which ones to activate so as not to send the system into tilt. This will affect much of the game, at least until halfway through the adventure we will be given the opportunity (by completing a certain sub quest) to perfect our system so as to have full control of every single component, taking advantage of our potential. We will therefore find the old systems that, depending on the degree of enhancement, will offer us more or less advantages, from those dedicated to hacking (always through the minigame in which we will have to take possession of the system cores), to the physical upgrades of power or sight, which they will increase the perception of the environment by providing us with valuable information on enemies, or even those that will improve the use of weapons in battle. To these are added the new experimental plants, which do not distort the experience but perfect it. For example, we will be able to violate security cameras or turrets from a distance, putting them out of use through a timing-based minigame, or use impenetrable armor or non-lethal weapons to knock out enemies without them having the time to react, making it even more customizable. whole game.


1 2
Do you want to be a video game expert and know all the tricks, guides and reviews for your video games ? Holygamerz.com is a group of video game fanatics who want to inform you about the best tricks, guides and tips. We offer you the best information to be a reference in gaming, so here you can find guides, tricks, secrets and tips so you can enjoy your games to the fullest. Are you ready to get all the achievements of that game that you resist so much? Enter now and enjoy your favorite video game to the fullest!
Special Blade Runner 2049 Scott's Legacy and Villeneuve's Aesthetics ❯