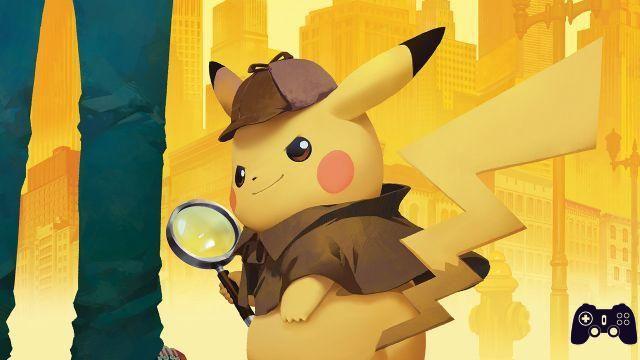 You don't necessarily need gentlemen with hats to solve mysteries, yellow mice with a deep voice and thirsty for coffee are enough.

Detective Pikachu has been available for a couple of weeks in the physical and digital libraries of the immortal Nintendo 3DS. A spin-off of the Pokémon world developed by Creatures Inc. that embraces a new genre for Game Freak monsters, that of graphic adventures. A little Professor Layton, a little Telltale style, Detective Pikachu investigates the streets of Ryme City taking the smallest player by the hand and accompanying him in his first steps in the videogame world. A demo of the game has also been available since yesterday, and a well-made extra large Amiibo has been produced depicting Detective Pikachu in his most characteristic pose. 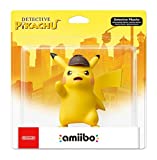 The age-old question is still the same: Is Detective Pikachu worth your time?

A flash of genius

Tim arrives in Ryme City while on the trail of his father Harry, who has disappeared after a mysterious accident. In his parent's former office, the boy meets Pikachu, who has escaped the tragedy and is also looking for Harry. He soon discovers that the electric mouse is different from other specimens of his species, he has not been able to perform any moves since the night of the accident, but above all he can speak, although only Tim can hear him. The new couple will find themselves involved in eight different cases that gradually bring Tim and Pikachu closer to the mystery behind Harry's disappearance and above all to the fearsome agent R.

Like a good thriller, nothing is as it seems and everything is connected

In the ten hours it takes to reach the end credits, you will fall in love with Pikachu, the strong point and true locomotive of the production. A more mature Pikachu also seen (and heard) the excellent deep voice that will accompany you throughout the adventure. You will learn about the talking mouse and its unhealthy craving for caffeine, thanks to some funny skits that can be unlocked at any time, simply by touching the Pokémon icon on the touch screen. These curtains play with the citations to the main titles (there are, however, references to the animated series) and with the peculiarities of our detective yellow, and represent the only collectible of the production. Once you have finished a chapter, if you have a Detective Pikachu Amiibo, you can unlock any lost scenes in the main menu. A particularly useless function, given the extreme simplicity and linearity of the adventure. 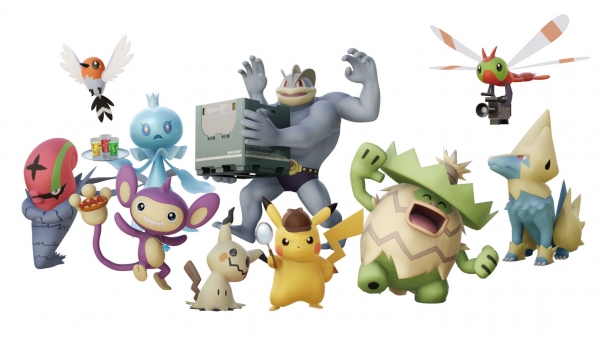 As you explore the Ryme City of Creatures Inc. you will discover a colorful world full of Pokémon from all other regions. Some monsters even manage to fully convince as a characterization, despite the low screen time compared to the red-cheeked protagonist, giving some of the most successful moments of the entire production.
A different point of view on the Game Freak universe, never like in this spin-off focused on the plot and the mysteries to be solved.

Despite its extreme simplicity, Detective Pikachu is a flash of freshness in the series

However, it is the humans who come out defeated and with their heads down. No human character can stand up to the characterization of Pokémon, let alone Pikachu. Detective Pikachu's cast is bite-free, bland, easily forgotten. Tim himself, as much as he tries to be the protagonist, is reduced to supporting Pikachu, the true and only star of the production. The main villain who tries to surprise the player with a twist, however weakened by the non-existent context, has not arrived. Fortunately, Detective Pikachu is meant for an audience approaching the genre for the first time, and Pokémon manage to fill in the gaps in the human cast. 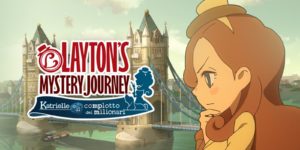 With such a successful protagonist, it certainly comes as no surprise that the first Pokémon Live action film will be dedicated to Detective Pikachu, and could lead to a second chapter, perhaps longer and more complicated, for Nintendo Switch.


Great for the little ones

Let's move on to what could be Detective Pikachu's Achilles heel, or what, by the way, will be for more mature players. The title of Creatures Inc. is easy, linear, and does not present any kind of challenge, neither in the resolution of cases, in which it will be enough to collect the testimonies and rearrange them with Pikachu, nor in the QTEs, which require the pressure of A at the right time or repetition.
A non-existent and easily mitigated level of challenge with a very possible sequel, but which makes Detective Pikachu really perfect for the little ones. The yellow mouse and the mystery of R could bring new young players closer to the genre of graphic adventures, opening them later a vast and varied world. 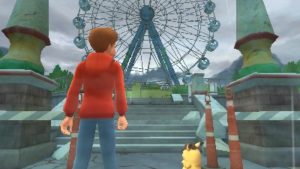 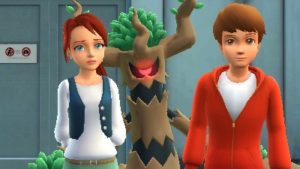 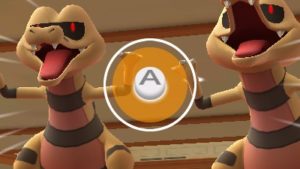 The technical department of Detective Pikachu gives its best in the CGI scenes, which manage to push the now obsolete hardware of 3DS. During the exploration, however, the title of Creatures Inc. does not suffer from frame drops and falls within the average of the titles available for the Nintendo laptop. The soundtrack, on the other hand, offers excellent moments with songs that easily accompany what happens on the screen. Detective Pikachu is voiced in English and subtitled in Spanish, it is also possible to change the voices to Japanese, to enjoy a pure anime experience. Strangely enough, the British dubbing is well made, and Pikachu comes out further strengthened.

On amazon: € buy Verdict 7.5 / 10 A Very Damn Good Coffee Comment Detective Pikachu is a successful spin-off, despite practically no difficulty, it lets you play (or better watch) pleasantly and brings one of the most beautiful Pikachu ever . A title suitable for children and fans of the brand in general who will be able to turn a blind eye to this defect without proving too radical chic. If you are a parent looking for a product for your children, please increase the final rating by half a point. Detective Pikachu gives weight to the plot, in a new guise that, at the end of the adventure, leaves fans with a smile, albeit accompanied by a bitter aftertaste, like that of the unsweetened coffee of the yellow protagonist. The hope is that the possible sequel (between the open ending and the film, the clues are all there) will be a title for everyone and not just for the little ones. Pros and cons ✓ The most successful Pikachu ever
✓ Good CGI footage
✓ Good dubbing
✓ Great for the little ones ... x ... a little less for older children
x Unsuccessful human characters
x Amiibo definitely misused

Do you want to be a video game expert and know all the tricks, guides and reviews for your video games ? Holygamerz.com is a group of video game fanatics who want to inform you about the best tricks, guides and tips. We offer you the best information to be a reference in gaming, so here you can find guides, tricks, secrets and tips so you can enjoy your games to the fullest. Are you ready to get all the achievements of that game that you resist so much? Enter now and enjoy your favorite video game to the fullest!
News A touching greeting from Andrew House during the TGA ❯

Cyberpunk 2077 review, review of an old RPG that would like to tell the future