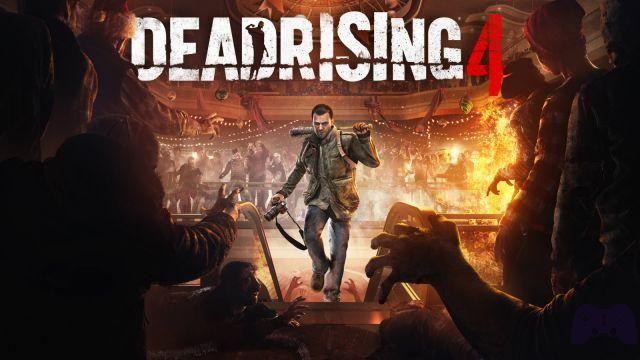 We had left the series of Dead Rising back in 2013, at the debut of Xbox One, with a performance that is not exactly convincing, the daughter of the launch titles of a new console. After 3 years, almost unexpectedly, Capcom Vancouver exhumes Dead Rising and its historical protagonist, for a new journey into the heart of that Willamette that was the scene of the events of the first episode of the series. They will be successful with Dead Rising 4 to correct the errors of "youth" and do justice to the poor Frank West? Find out in our review.

Shaun of the dead insane

It's been 16 years now since the Willamette scandal and the zombie apocalypse that hit the small Colorado town, events brought to light thanks to the reportage by Frank West, freelance photographer who documented everything. Hanging from his camera and becoming a renowned university professor, the tireless Frank is dragged by Vicky (a student of his) again to Willamette, who is convinced that experiments on zombies are underway inside a secret military base, confirming that the danger of a new epidemic is still possible. Unconvinced, and not at all happy to participate in this "excursion", Frank will have to change his mind, discovering that Vicky's fears are real and opening the doors to the opportunity to once again tell a great story, between intrigues, zombies and psychopaths.

One of the critical points of the previous chapter was the story itself, a decidedly subdued story, which felt the weight of the previous episodes and never managed to fully mesh. Dead Rising 4 seems to be picking up on this heavy legacy by doing nothing to improve the situation. Basically we are faced with a story over the top, trashy and light-hearted just like its predecessors, with good conditions and many ideas (on paper). In practice, however, over the 10 hours (net of all extras and various detours) one has the impression that history is unable to express itself in any way, as well as the flow of events knows already seen and ends up boring after a short time, due to the little variety of situations and the little appeal. Frank West too, tireless matador of the first chapter, here he appears "tired" and poorly framed in the role of renewed protagonist. 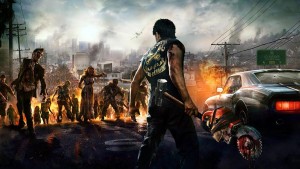 Whoever does not die sees himself again

Over the years Dead Rising has also undergone several changes, in a progressive involution, episode after episode, from action-packed survival horror to naked action adventure, losing the charm of a “difficult and tough” title to complete. If already in DR3 aWe saw a general softening of the various mechanics, here we will find ourselves saying goodbye definitively to the cases and the incumbence of time that marked the progression of history, which obliged us to carry out certain actions within a limited time, embracing a more common and simplistic structure of chapters. Other symptoms of this sales pitch can be found in the exchange of some elements such as the survivors, now simple secondary events to be carried out to upgrade the shelters, safe zones in which to find various equipment, or in the psychopaths, real boss fights with a lot of storylines, which here take second place compared to the past, becoming only a pretext to lengthen everything.

But it's not just a step back in the mechanics of the game. It is in fact possible to notice a clear improvement in the control system and in the management of the inventory, which now use a more dynamic way to switch on the fly between one weapon and another, now divided by category (bombs, melee or firearms) and easily equipped quickly, as well as the creation of new weapons, combining 2 types together to create a third even more lethal, it can be activated by approaching the object we want (the same goes for vehicles), thus reducing downtime or continuous trips to the work benches.
The action remains fast-paced and focuses on the continuing zombie carnage using the most unthinkable weapons. By killing the undead it will be possible to obtain experience points that can be used to enhance Frank's abilities in 4 different fields of action, unlocking new possibilities that will make us even more lethal war machines. To underline our supremacy we will be able to wear useful exoskeletons, which will improve our moves and the range of the blows, essential not only against the "wanderers" but also soldiers and new races of undead that we will be able to meet during the game. The exoskeleton can be upgraded in turn by combining the objects scattered throughout Willimette o using exclusive weapons that can only be equipped with armor. To limit too much superiority of the exoskeleton compared to the rest of the paraphernalia, once worn we will be subject to a timer that will determine its wear and its self-destruction at its end.

Frank West will be able to exploit then his skills as a photojournalist to immortalize the most salient moments of his adventure using the camera. This will not only be used as in the past to take pictures of Willimette's atrocities but also to solve some forensic investigations, using special filters in the field, such as a UV filter to "find" body fluids or a practical lens to see in the dark. Nothing particularly innovative and at times too driven, but at least it is some small addition that pleasantly breaks the rhythm between one massacre and another. 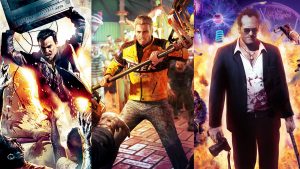 It's the most wonderful time of the year

Dead Rising 4 leans again on a sandbox structure, a small open-world within which we can move freely bringing chaos and destruction with our passage. The dimensions roughly equal those of the third chapter, with a central area dedicated to Willamette Memorial Megaplex Mall and an urban "ring" divided into zones. Although the map takes time to be explored in its entirety, often requiring the use of a means of transport, game developments manage to make the progression of the new locations fairly constant. The presence of shortcuts also helps to reduce the time between one trip and another, without making too much of the absence of a quick trip that would have made the overall experience more enjoyable.
By dedicating ourselves to the exploration of Willamette it will be possible to give ourselves moments of relaxation by killing the hordes of zombies in the most unthinkable ways, perhaps stopping to collect the collectibles (many of which are useful to learn about some aspects of the story) or take part in some of the events that will be activated as soon as we reach certain areas.

If you're wondering where the beloved co-op mode has gone, well we have to give you some bad news: she's dead. At its port, however, we find another multiplayer mode designed for 4 players to collaborate in a survival game inside the mammoth shopping center of Willamette. Paradoxically, although it follows the guidelines dictated by this new chapter, this online mode manages to bring out those “survival” aspects that have now been lost in the main game. Players will find themselves collaborating in the various episodes available, with simple subplots and timed events in which they will have to try to survive as long as possible. The safe houses will become precious allies where we can prepare to face the undead, while a growth system (totally independent from that of the personal story) will allow us to obtain skills that will allow us to have the best against our enemies for as long as possible. At the end of the game, each player will be rewarded based on how they behaved in battle, earning valuable extra points for each commendation obtained.
Despite the good functioning of this mode, sorry to see the coop cut from the main campaign, given that since its introduction it greatly helped the game, adding that extra something that distinguished it from other similar titles.

Even from a technical point of view it is right to say a few words on Capcom Vancouver's latest work. Although the glance does not impress, making the progress made compared to the previous chapter seem little, in reality some improvements are noticed after some time spent playing. In general we are faced with a more solid title, with a raising the resolution to 900p compared to Dead Rising 720's 3p and a more stable frame rate, basically balance on 30 fps even in the most chaotic situations. The amount of polygons on the screen increases significantly, and although the level of detail or the cleanliness remain anchored in the past, the number of enemies on the screen manages to outclass its predecessor.

With so much meat on the fire however, there are numerous graphic problems, including interpenetrations, bugs and so on and so forth, forcing in some cases to restart from the previous checkpoint hoping to fix the situation. Instead, the dubbing is subdued which alternates ups and downs in the recitative level, and even this aspect is not free from technical problems (sudden disappearances of the spoken track, repetitions of words, etc.), giving the impression of being faced with a title that requires different fixes in various aspects of the game.

Verdict 7.5 / 10 Zombies are like fish, after 3 days they stink Comment Dead Rising gives, Dead Rising takes away. With this fourth chapter, the Capcom series makes an unnecessary metamorphosis going to distort the classic formula of the series, proposing a decidedly arcade and more accessible approach. Among others and lows, Dead Rising 4 struggles to emerge and really propose something new, a factor that, after a previous episode that was half successful, weighs even more than it should. The few ideas, the clear changes to the gameplay and an unoriginal story mean that Dead Rising 4 remains an average title and nothing more. Pros and cons ✓ Simple and immediate gameplay
✓ Weapons out of your mind
✓ Fun online mode ... x ... but you feel the absence of the coop
x Subdued story
x The essence of DR has been lost over the years
x Technical and sound bugs
Do you want to be a video game expert and know all the tricks, guides and reviews for your video games ? Holygamerz.com is a group of video game fanatics who want to inform you about the best tricks, guides and tips. We offer you the best information to be a reference in gaming, so here you can find guides, tricks, secrets and tips so you can enjoy your games to the fullest. Are you ready to get all the achievements of that game that you resist so much? Enter now and enjoy your favorite video game to the fullest!
Armillo Review ❯