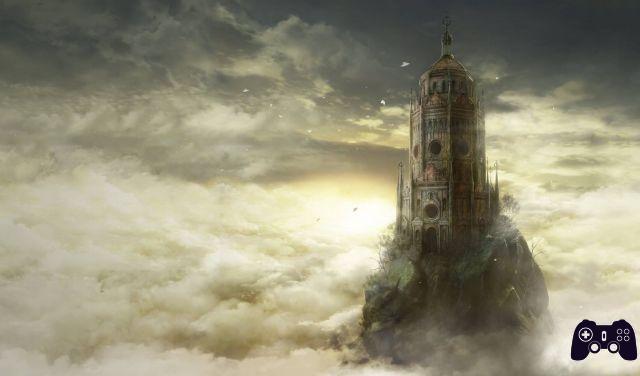 One of the most important series that have appeared in the videogame panorama in recent years is, without a doubt, that of Souls. The brand was not appreciated right away and it was with the release of the first expansion of Dark Souls, thanks also to the beginning of the Youtube phenomenon, which happened the decisive love at first sight. This is thanks to a frenetic and fun gameplay, to its great difficulty and, above all, to an epic plot, even if left a lot to the imagination. In recent years, however, From Software milked his own creation to create a sense of repulsion for its creator as well: Hidetaka Miyazaki. A year ago we told you about the latest work of the "Maestro" (as he is nicknamed by the followers of the series) and today we are here to tell you everything about the latest DLC of the entire saga: The Ringed City, available on Playstation 4, Xbox One e PC at the price of 14.99 € or bundled with the previous one, Ashes of Ariandel, at € 24.99. Will Miyazaki be able to make sense of everything and give the answers that players have been looking for for years now? Find out in our review.

Warning: In the next paragraph you will find small spoilers related to Ashes of Ariandel and The Ringed City itself, in case you want to avoid them we advise you to go directly to the next one.

The end of everything

It is not easy to face The Ringed City with the knowledge that, after this incredible adventure, there will be no more content regarding the Souls series, by the mouth of Miyazaki himself. This sense of purpose is made evident by one of the entrances to the DLC, of ​​which there are two to be exact, which was symbolically placed in the area before the final boss of the base version. Once you set foot, for the first time, in Dump the landscape that we will find in front of us will leave you speechless: destruction reigns supreme and ash dominates the whole world as if everything had been burned and razed to the ground. The first part of this content takes place, therefore, in a devastated and lifeless place surrounded by mobs that make humanity and abyssal magic their strong point. Defeated the first of the four bosses (one of which is optional) we will be able to access the strong point of the DLC: the City of Rings. If in the previous section the path was guided enough, here we will have to deal with one of the most beautiful settings, both artistically and in terms of level design, in which we will have the opportunity to roam at will, as long as we avoid the incredible amount of enemies that the game will throw at us.

And now the calendar in hand ...

The Ringed City is difficult. A lot, perhaps too much, and for a large part of the players even one of the first areas will be an almost insurmountable obstacle, without guides or help. Miyazaki and his team have spoken out over and over on the need to finish, or at least be at a very high level, the game before venturing into this latest effort and the facts prove him right. Enemies will attack us relentlessly and do a lot of harm and, as if that weren't enough, altered states play a big role in the ring city and we will often find ourselves dying for it. In case you want to tackle the entire content together with a friend, we have to give you bad news: the coop, at least on PlayStation 4, is studded with connection errors and on about twenty times we have tried to summon someone only three or four are go well. Speaking of difficulties we cannot fail to mention the bosses of this latest expansion of Dark Souls III, while not making particularly heavy spoilers we want to focus on two of them that present enormous conceptual problems: the Lancer e Midir (optional). The first consists of a battle where the opponent to be faced is a human player who is part of a pact, that of the spearmen, similar to what was seen with The Old Monk of Demon souls. The problem here lies in the enormous amount of lag present, a plague that has plagued PvP on consoles for some time, and which makes every battle complicated. But if this is easily solved by accessing the game in offline mode, so as to collide with a simple npc, the same cannot be said of Midir, a second version of the Ancient Dragon. The players who have faced him in Dark Souls II without patches they know what we are referring to, while for all the others we explain, briefly, what the problem is. The Ancient Dragon is a boss, present in the second chapter, who possessed an attack capable of killing the player with one blow. Midir is not, fortunately, at the same level but it comes very close: every move must be studied to the millimeter and it will take many attempts before finding the effective counter move so as not to be killed at the first, or at most second, attack.

Frame or no frame, that's the question

The Ringed City, contrary to what we saw with the previous DLC, presents great problems of framerate drops, especially in the initial phase. In fact, during the first steps in the Garbage Heap, it will not be uncommon to die due to dodges made at the wrong time for this reason. The problem is solved in the second part of the downloadable content; in fact, once you arrive at the City of Rings, any problems tend to disappear even in the most agitated moments.

From paid tribute to the entire series

From Software wanted to pay homage to the entire series (yes, even Dark Souls II) with explicit quotes and locations not new to anyone who has spent hours dying in the past. Many questions that fans have been asked have been answered, some of them really very interesting, and they close almost any question. The only thing that made us turn up our noses is the finish, truly devoid of bite, which leaves the player with a feeling of incompleteness and a bad taste in the mouth. Despite this we can guarantee that if you have followed all the lore of the entire Dark Souls saga there will be moments of ecstasy or one meter high goosebumps in the over 12 hours that it will take to complete everything.


A small note that could make players turn up their noses: the two DLCs, Ashes of Ariandel and The Ringed City, are treated by From Software as a single, large, content and therefore both are necessary in order to complete the story told. Once the last boss of the final adventure is over, only those who have bought and completed their journey to Ariandel will be able to see the conclusion.

Verdict Yes Impossible to summon. Impossible to summon. Impossible to summon. Comment The Ringed City is one of the best content currently available in the Souls series, surpassing even Artorias of the Abyss, and the worthy conclusion to a saga that has thrilled millions of people. From Software has proposed a product completely opposite to Ashes of Ariandel, which has disappointed most of the fans, full of content and great level design that will keep you busy from 4 to 12 hours in case you are avid collectors and you want to beat all the bosses present. . To increase longevity is added a great difficulty which, combined with problems during summons, can cause players to break many controllers. One of the negative notes concerns the inability to complete the story told in The Ringed City without the previous DLC. This, unfortunately, forces the user to purchase the season pass (costing 25 euros) in order to view the conclusion of the Souls series. Pros and cons ✓ High level design
✓ High longevity
✓ Fans will finally find many answers
✓ Fights with very nice bosses ... x ... even if too difficult
x Mistakes in summons
x Requires Ashes of Ariandel to be able to enjoy the ending

Do you want to be a video game expert and know all the tricks, guides and reviews for your video games ? Holygamerz.com is a group of video game fanatics who want to inform you about the best tricks, guides and tips. We offer you the best information to be a reference in gaming, so here you can find guides, tricks, secrets and tips so you can enjoy your games to the fullest. Are you ready to get all the achievements of that game that you resist so much? Enter now and enjoy your favorite video game to the fullest!
News Rumor: Crackdown 3 could be postponed to 2019 ❯