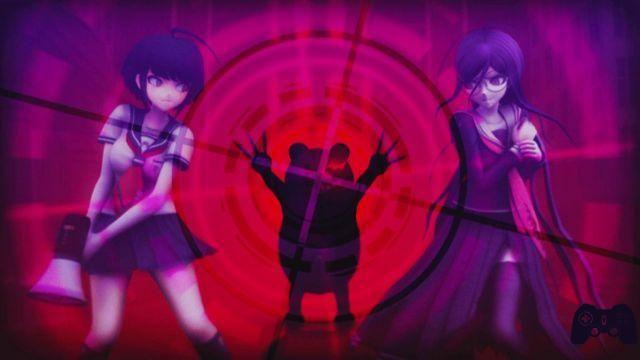 During 2014, NIS America brought two of the most beloved graphic adventures of recent years to Japan to the West, taking advantage of the remastering for PlayStation Vita of the titles originally released on PlayStation Portable. Danganronpa: Trigger Happy Havoc and its entourage, Danganronpa 2: Goodbye Despair they were welcomed between joys and sorrows, divided between those who adored him, and those who labeled him as yet another senseless Japanese fashion. A year after the release of the second chapter and waiting for new information on the third, SpikeChunsoft returns to PlayStation Vita with Danganronpa Another episode: Ultra Despair Girls, due out on September 4th and set one year after the finale of the first episode. Will a drastic change, or so it seems, of gameplay manage to make us love this new episode as the previous ones?

Another Episode: Ultra Despair Girls is set in Towa City, the pseudo-futuristic city of the Towa Corporation, one of the most avant-garde technology companies that have worked hard to put an end to the horrors of the most horrible and most tragic event in the history of Humanity (most awful, most tragic event in human history). Komaru Naegi, Makoto's sister (the protagonist of the first chapter), has been held prisoner for more than a year inside a building complex, unaware of what has happened outside and above all of the events narrated in the first Danganronpa. What seems like another day in captivity is interrupted by a bloodthirsty bear that breaks into Komaru's room forcing her to flee. The girl is faced with an apocalyptic scenario: corpses and flames rage throughout the building, as well as a large number of two-colored bears ready to slice her.
While running towards the exit, Komaru runs into Togami Byakuya, and the Future Fondation, arrived on the spot just to save her from the clutches of the bears: Togami decides to leave her his weapon, theHacking Gun, a megaphone capable of damaging and inhibiting the machinery and invites her to escape as quickly as possible, Komaru in terror does not know that the situation will only get worse shortly thereafter. 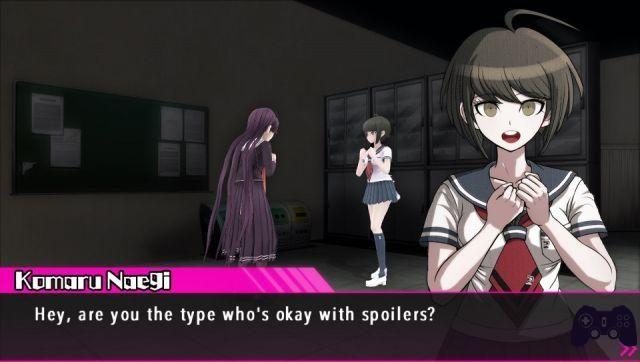 These are only the first ten minutes of Another Episode: a title that from the beginning will reject you in the plot and universe of Danganronpa, and which for this reason is absolutely not suitable for newcomers to the series who will find themselves completely displaced and unconscious of all the extras who will fill the approximately twenty hours of play. From now on we will assume that if you are reading this review, you have at least completed the first episode and therefore you are aware of the plans of the Mastermind of the world of Despair created by Spike Chunsoft.
After separating from Togami, Komaru is captured by the Warriors of Hope, five kids who will turn out to be the cause of the riots and the Monokuma army that haunts Towa City; the children's plan is clear right away: to kill all adults (seen as demons), and to create a paradise for children thanks to the army of bears, while the five challenge each other to a demon hunt, whose victims are the designated adults of a special list, who have been put on explosive bracelets, a list in which of course Komaru is also present. With the help of an old acquaintance of the fans, the girl manages to escape from the base of the Warriors of Hope, landing on the roof of the hospital, where she will meet the co-star of Another Episode: Toko Fukawa, Makoto's classmate in the first Danganronpa and plagued by dual personality problems. The two girls will have to make their way through the armies of Monokuma and defeat the five children one by one, trying in every way to save the hostages and the city from the clutches of the children.


Two girls and a pair of scissors

One of the strengths of the two Danganronpas is certainly in the maniacal and stereotyped characterization of the cast: Fukawa in the first episode, he was certainly no exception, thanks also to the exploit of the double personality and the transformation into Genocider Jack, but among the other fourteen protagonists she was put aside. In Another Episode,

Spike Chunsoft shifts her into the spotlight, revealing her secrets, dreams and past (although the latter only through optional dialogues related to collectibles) making her mature both as a girl and as a character. Fukawa becomes a fundamental piece not only for the purposes of gameplay, but also to help make Komaru herself credible and impactful, transforming her from a normal high school student into the leading female protagonist of the Monokuma resistance. Obviously it will not be an easy journey and the two will fight for most of the time, but every event, tragic or happy, will end up binding them more and more until the inevitable final battle. 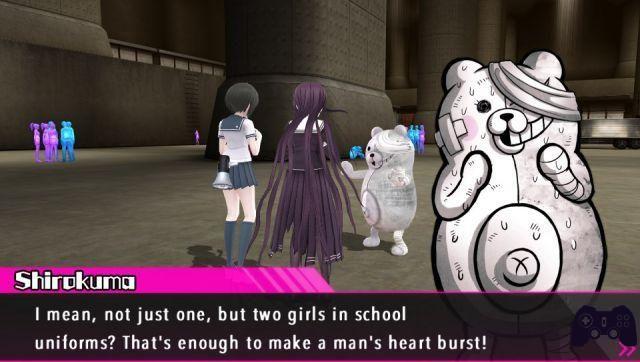 Komaru is obviously not the only new face of Another Episode but it is certainly the most characterized among supporting actors and opponents: the five Warriors of Hope gain depth as the game progresses, also collecting collectibles for them (in this case diaries) and are mysteries around Towa City revealed. Unfortunately the rest of the new entries are not as impactful as the ones already mentioned, limiting itself to serving as a side dish but not staying long in the memory of the fan player of the series (except for a female character who will be given the list of Demons with the bracelet). 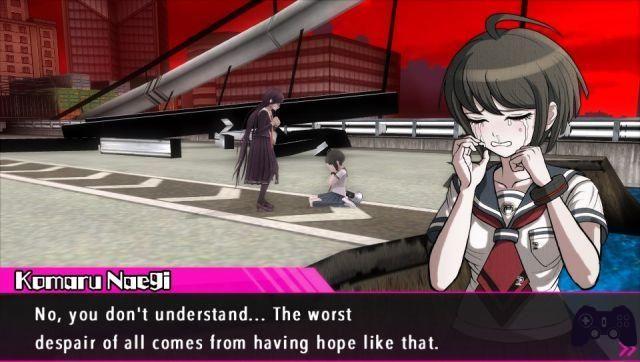 As for the plot, Another Episode answers virtually all the questions left open after the ending of the first chapter (including “Where does Monokuma come from?”) and also offers some clues to many of the questions raised in Goodbye Despair, showing some of the cast members of the second episode. Unfortunately, Another Episode does not dare to treachery, fails to demoralize the player or destroy his heart with the atrocious deaths of his favorite character (as happens several times in the two previous titles) deviating from the rule that Spike Chunsoft had taught us in which there is no "happy ending" and good ones do not they always win. Fortunately, the detachment is not too obvious and still manages to leave the player in limbo of what is best to do to save other lives, thanks to a final introspection by Komaru who will pull all the threads of the plot of Another Episode. Even the twists are less impactful than the numbered titles, although they are not lacking and in some cases still leave the lovers of the universe of Danganronpa speechless.

1 2
Do you want to be a video game expert and know all the tricks, guides and reviews for your video games ? Holygamerz.com is a group of video game fanatics who want to inform you about the best tricks, guides and tips. We offer you the best information to be a reference in gaming, so here you can find guides, tricks, secrets and tips so you can enjoy your games to the fullest. Are you ready to get all the achievements of that game that you resist so much? Enter now and enjoy your favorite video game to the fullest!
News + Is NX-AbcD the infamous Switch Pro or a home-only version of the Switch? ❯