Cuphead special: the development of a much anticipated cup 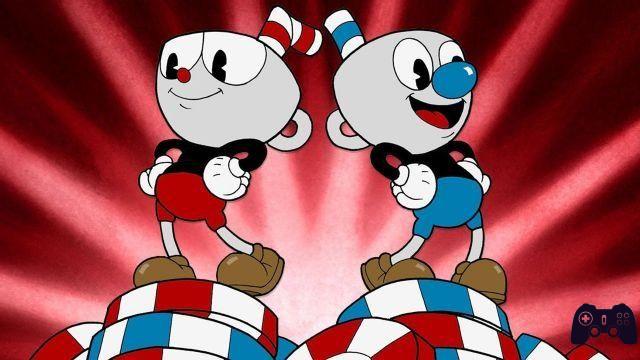 Cuphead is finally hitting (digital) shelves next week, three years after its announcement. The ambitious shooter developed by the independent Studio MDHR it has a story to tell, almost as daring as that of the cup-headed protagonist.

Initially announced at E3 2014 with a launch window for 2015, Cuphead it was then postponed twice, with an expected arrival (finally!) for next week, on 29 September 2017. Two years after the first launch window. Two years may seem like a short time when you think of recently released titles like The Last Guardian o Final Fantasy XV, or the highly anticipated Kingdom Hearts III, but they are still an unusual delay for an indie title like this.

Creative direction, the mantra of Cuphead it never changed. The cartoonish style, a clear tribute to the style of animation born in the 30s and continued until the 50s, with the birth of technicolor, and with the addition of catchy songs and extremely unlikely characters, very closely resembles creations such as the Silly Symphonies of Disney or characters like Popeye. The game concept between the two trailers immediately above and immediately below this paragraph in fact do not differ much, reflecting an initial vision that has remained intact throughout the production process. In short, no shocking change of plans, as has happened for other recent indie titles.

Microsoft as if it were raining

Following the various announcements made by the studio, a less troubled picture is outlined than a two-year delay in deliveries suggests (compared to a forecast for the release of the title one year after the announcement).
We start from 2014, the year in which Cuphead was announced at E3. Studio MDHR presents itself with this intriguing title that immediately attracts the interest and attention of the public, and not only: Microsoft products decides to assist the Firm in the development of the title. 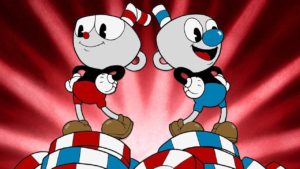 To learn more:
Nine things that have happened since Cuphead's announcement

The studio was founded by two brothers, Chad e Jared Moldenhauer, and while it's not very clear if the group was made up of the same 19 people at the time as they appear in the current staff, it's pretty obvious how the help of a giant like Microsoft may have prompted such a small studio to reevaluate what they could do with. Cuphead. In a post on their blog, the study announces the first of the postponements, from 2015 to 2016, saying that, with the help of Microsoft, “The Cuphead you have seen so far is not the same one we will make. Thanks to Microsoft we can improve the look of the game, refine the mechanics, and produce the title we have dreamed of since the beginning. It is therefore likely that the economic stability guaranteed by the colossus allowed the Moldenhauer brothers to take the decision to delay the release to create a more refined product with greater serenity.

Please note that, so far, all the material shown was about boss fight scenes, colorful and beautifully animated, but easily recognizable as such.

Man does not live by bossfight alone (cup-headed)

However, those who were waiting for the title for 2016 were disappointed when, in October 2016, almost at the end of the year in which the title was expected to be released, the studio again communicated a postponement to an unspecified "mid-2017", without adding other details. In the meantime, however, the project had expanded well beyond the initial designs, while maintaining the graphic style unchanged.


In a previous reveal of the same year, clips of platform gameplay were shown: the project of a boss rush had been replaced by a more ambitious one that included platform sessions combined with a run and gun gameplay that makes it more mechanically similar to a title. of the series Megaman than to a Super Mario. You can see it in the trailer below, revealed just to announce this new feature of the title, which obviously must have taken longer than expected. The release of Cuphead in fact, it has been postponed by over a year, from mid-2016 to 2017, with the final release recently announced for September 29 this year.

Was it worth it? But above all, a small independent studio like Studio MDHR would he be able to stay afloat by pushing a project for more than two years beyond its initial launch window without a giant like Microsoft to support him? Surely the final experience that we will have the opportunity to try from next week will be very different from the one initially planned by the study.

Do you want to be a video game expert and know all the tricks, guides and reviews for your video games ? Holygamerz.com is a group of video game fanatics who want to inform you about the best tricks, guides and tips. We offer you the best information to be a reference in gaming, so here you can find guides, tricks, secrets and tips so you can enjoy your games to the fullest. Are you ready to get all the achievements of that game that you resist so much? Enter now and enjoy your favorite video game to the fullest!
Complete guide, tips and tricks for Pokémon GO [2021] ❯

LABO special and the importance of Nintendo's Real Virtuality

Special Reform or psycho-reform of articles 11 and 13

Add a comment from Cuphead special: the development of a much anticipated cup